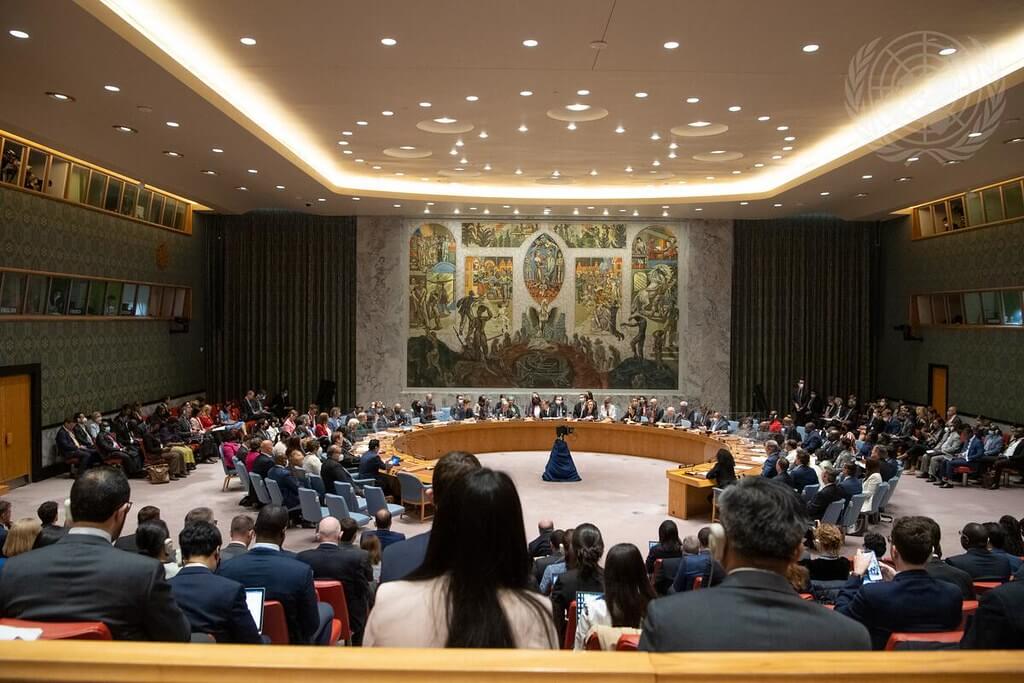 The current escalation between Israel and Palestinian
Islamic Jihad in the Gaza Strip will be discussed at
an emergency closed-door UN Security Council meeting on Monday,
Palestinian Ambassador to the UN Riyad Mansour announced in a statement.

The meeting was sought by the UAE,
a member of the UN Security Council, together with China, France, I
reland, and Norway,
according to a statement from the UAE Foreign Ministry.

She added that Abu Dhabi “expresses its deep concern over the
current escalation and calls for exercising maximum restraint,
to avoid being drawn into new levels of violence and instability.”
The United Arab Emirates “has stressed the need to
restore calm to the Gaza Strip, reduce escalation,
and preserve civilian lives,” she said.

The senior Emirati official added that the Security
Council will consider “the recent developments and
methods to support international efforts to achieve
a comprehensive and just peace” on Monday.

As part of the operation that began on Friday to address
what Israeli commanders claimed was an immediate
concrete danger by the terror organization to Israeli civilians,
Israel has carried out multiple attacks in Gaza targeting Islamic Jihad.

The PIJ wanted to exact revenge for the arrest of its West Bank
head earlier in the week, therefore the operation was started
after many days of closures and lockdowns in Israeli
villages close to the Gaza Strip owing to the warning of an impending attack.

Israeli officials said that the operation was launched as
a result of the PIJ’s refusal to abandon its
preparations to attack Israeli targets along the border.

Since Friday, Islamic Jihad has launched more than 580 rockets toward Israel,
the Israel Defense Forces reported on Sunday.

Channel 12 news said, without citing sources,
that Israel was trying to get support for its actions from the UAE,
with which it formed official ties in 2020,
and Saudi Arabia, with which it has quietly built an unofficial
relationship in recent years, but to no avail.

Ayman Safadi, the Jordanian foreign minister,
called Israel’s operation in Gaza “aggression” on Saturday night.
He tweeted that he had talked about it with Tor Wennesland,
the UN’s Middle East envoy.

He also said that Israeli “provocations” shouldn’t happen on
Jerusalem’s Temple Mount on Sunday when Jews will be
celebrating Tisha B’Av, a holiday that remembers the
destruction of the temples that Jews think once stood there.

On past Tisha B’Avs, more than 1,000 Jewish pilgrims
went to the place where Israelis and Palestinians
have been fighting over and over again in recent years.
Israel doesn’t think that these visits break the “status quo,”
which is a deal that helps decide how people should act at the site.

Muslims are allowed to go to the Temple Mount and pray there,
but non-Muslims are only allowed to go there.
But Palestinians think that having so many
Jewish visitors are a problem with the way things are now.
Emergency Meeting On Gaza Bloodshed