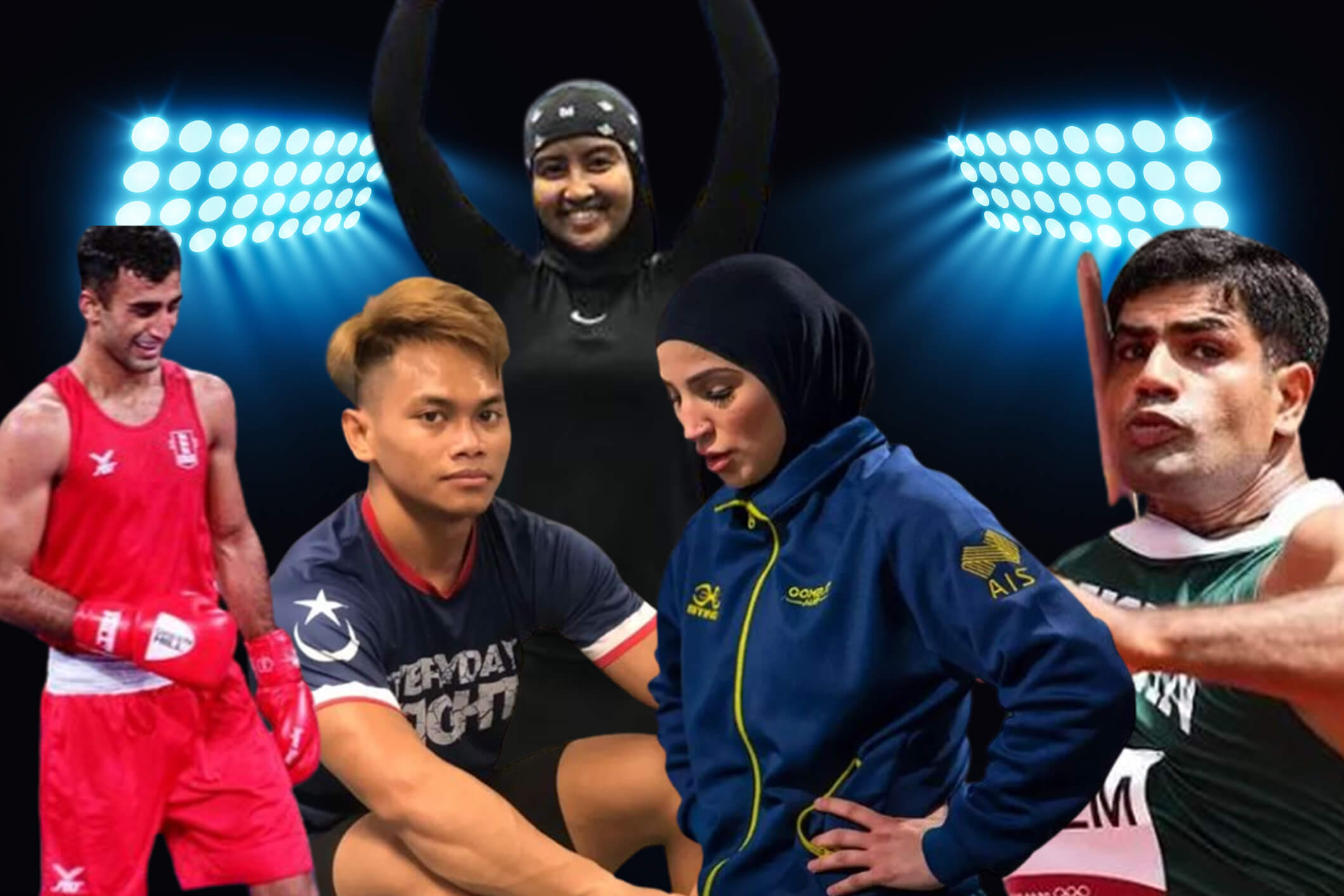 The 2022 Commonwealth Games have already begun in Birmingham, England,
and many Muslim athletes will compete. Here are some Muslim athletes to keep
an eye on during the competition and in subsequent years.

Before the Games even started, Tina Rahimi was already making headlines because
she is the first Muslim woman to box for Australia at a Commonwealth Games.

Tina got into the sport five years ago when she signed up for a boxercise class
for women only. Six months later, for her first fight, she stepped into the ring.

Now, the featherweight boxer is in Birmingham trying to win another medal for
Australia.”The first step to obtaining the GOLD medal, God willing” Allah is the only reason
for my success, and whatever he wants will happen “she wrote on Instagram not long ago.

The former makeup artist has talked about how important her faith is
and how she prays for her and her opponent’s safety before each fight.

Boxer Harris Akbar of Bradford wants to win gold at the Commonwealth Games to
add to the gold he won at the European Championships.
Harris is one of the favorites to win gold in the light middleweight division (71kg).

But in the quarterfinals, he will face Northern Ireland’s Aidan Walsh, who won a
bronze medal at the Olympics.

As a child, Harris was very interested in martial arts. He started boxing when a local
coach went to his father’s butcher shop and asked him to bring Harris to the boxing gym.
Harris has been hooked ever since.

There are a lot of Muslims competing for medals in Malaysia. As of this writing, it
has won three gold medals in weightlifting.

Aniq Bin Kasdan Mohamad Aniq lifted 142 kg to win the men’s 55 kg weightlifting event,
A Commonwealth record. This was the first gold medal won by Malaysia in the Olympics.

Nigeria’s fourth medal of the Olympics was won by a 19-year-old weightlifter.
In the 63/64 kg category, Islamiyat Yusuf worked hard and won the bronze medal.

She lifted 93 kg in the snatch and 119 kg in the clean and jerk. Together, that was 212 kg,
which put her on the podium. Commonwealth Games 2022
The young woman started weightlifting in 2014, and she quickly found that she
was good at it. In her first international competition, she won three gold medals,
which showed how good she was.

For the Malaysian Aifa Azman

This year’s Olympic squash player Aifa Azman missed out on a medal after losing
in the third round of competition.
It’s a bright future for the 20-year-olds, though. Despite being just 16 years old,
Aifa has already won ten times on the 2018 Professional Squash Association Tour.

It was decided that Aifa, ranked 24th in the world, would represent Malaysia in
the opening ceremony.

Arshad Nadeem is one of Pakistan’s best hopes for a medal in the javelin throw.
A few weeks ago, he was the first person from Pakistan to make it to the final of the World Athletics Championships. Last year, the javelin thrower came in fifth at the Tokyo
Olympics,  just missing out on a medal.

Since he won gold at the 2019 South Asian Games, a lot of people in Pakistan are
hoping he can win another medal this weekend.