Some Beautifull Creations Of Allah Taala

Some Beautifull Creations Of Allah: According to the Prophet Muhammad (PBUH),
Allah enjoys aesthetics because He is attractive. Because of this,
everything Allah has made was meticulously planned and meticulously
executed to an unattainable divine degree of beauty and harmony.

God, the creator of the universe, deserves praise for existing without start,
without ending, without place, without a “how,”
and without being reliant on time.
Nothing even resembles Him,
and He is organless and hears and sees everything.

These Are the Following Creations Of Allah:

God made the sky, the earth, and the mountains.
God made the rivers and oceans.
The sun, moon, stars, and planets were all made by Allah.
Allah made the bushes, the trees, the animals, and us.
God made water before anything else. It is higher than the sky.
Then, Allah made the Great Ark.
The ‘Arsh is a raised area with columns. It is the biggest body that Allah made,
and it is the ceiling of Paradise.
Allah made everything, so He doesn’t need anything else.
The First Human Being, Our father Adam.
After Allah made the heavens, the earth, the angels, the jinn, the trees, the birds,
and the animals, He made our master Adam from dirt.

Allah says, among other things: “He made the seven heavens one on top of the other.
You won’t find any imbalance in the work of the Most Merciful.
So turn your eyes again: do you see any flaws? Again, turn your vision a second time.
It will come back to you dull and confused, worn out ” (al-Mulk 67:3 – 4). 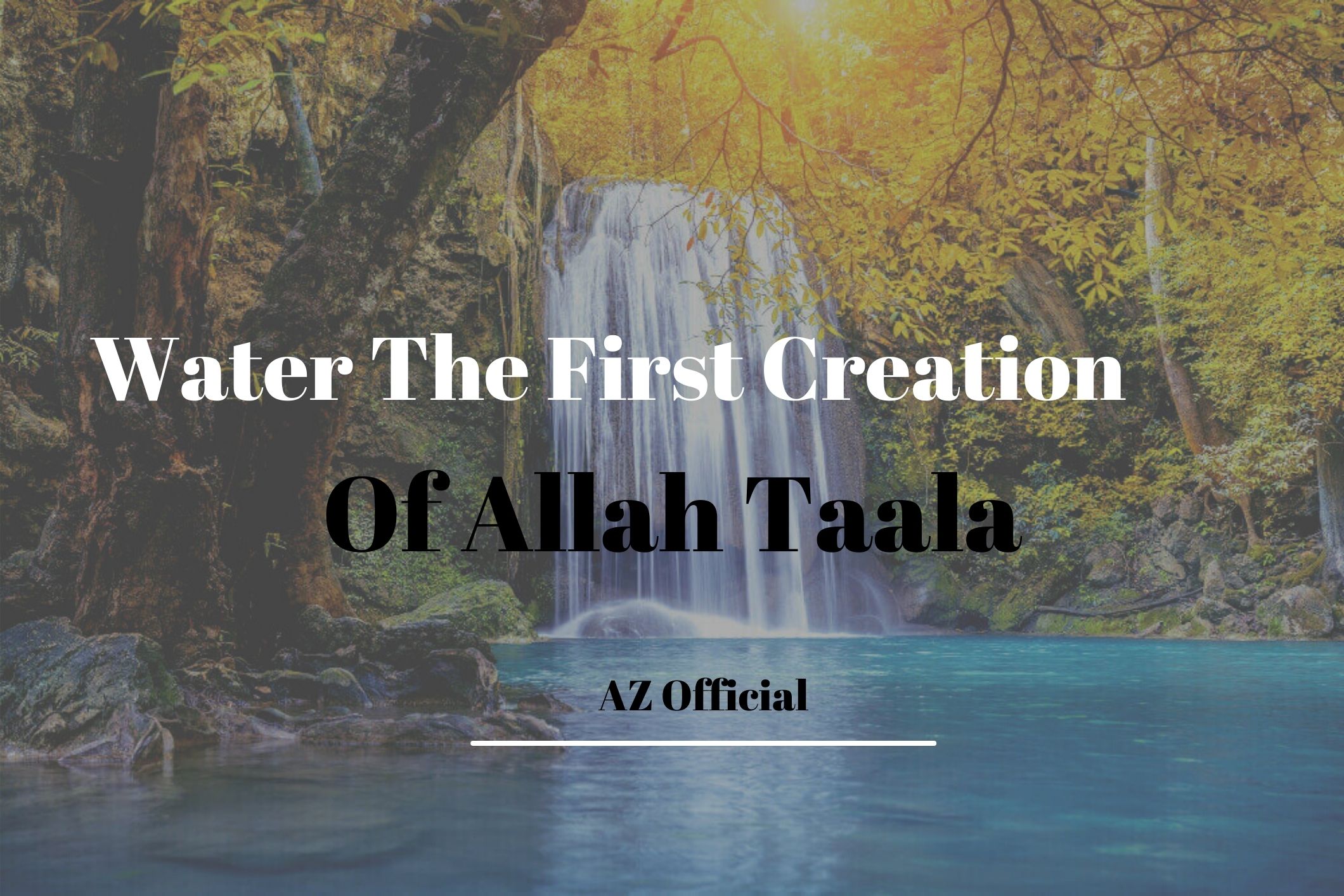 Allah was there, and nothing else was there at the same time.
He made the Throne, or ‘Arsh, and put it above the water.
Then He told the Pen to write everything that would happen on the (Guarded) Tablet.
Then God made the sky and the Earth. [Al-Bukhariyy said it]

Before creating the sun, the moon, the Earth, the heavens,
the throne, or the Guarded Tablet, Allah created water.
Everything was made by Allah out of water. He used water to create the Throne.
He next created the Upper Pen and the Guarded Tablet.
Then Allah created the planet Earth, the sky, creatures, hills, forests, and rivers.
Adam, may God’s peace be upon him, was the final creature that God created.

It’s a system with four columns, and it’s the biggest thing Allah made.
It is also the roof of Heaven.
Angels are all around the Throne. It’s not a place for God because God
doesn’t have a body that needs a place.
Allah made the Throne to show how powerful He is, but He hasn’t taken it for Himself.

God made seven (7) Earths, and the one we live on is the highest one.
There is space between each Earth. There is a place on the seventh Earth called Sijjin.
After their bodies die, their souls go there until the Resurrection (Ba’th).
Under the seventh Earth is Hellfire, also called Jahannam.
It is the fire with which Allah warned His slaves not to blaspheme or sin.
During the first two days, Allah made the Earth.

There are signs on earth for people with strong faith, and there are also signs in you. Will you still not see?” (al-Dhariyat 51:20 – 21).

Some Beautifull Creations Of Allah

Allah made the seven heavens after making the Earth.
Each heaven is like a solid body that stands up on its own.
There are gaps between the heavens.
It takes 500 years to get from one heaven to the next, and each heaven has a gate.
So far away from Earth is the first heaven.
Some people can’t wrap their minds around this and think that the space
where the stars and planets are is the whole universe.
They also think it goes on forever, which is not true.
Their claims don’t make any sense because Allah told us in the Qur’an
and the Prophet told us in the Hadith what goes against what they say.
Above the seventh heaven is paradise.
Allah made the Earth after making the seven heavens.
He made rivers, trees, mountains, and other things.

On the sixth and last day, Friday, Allah then made Adam.
Adam was the final member of the human species.
He was made from clay that All-Had combined with water from Paradise.
All-Heaven formed Lady Eve (Hawwa) from his left rib.
Before Adam, jinn, animals, and angels were all created.

Some Beautifull Creations Of Allah: The first prophet and messenger was Adam.
Adam was created by Allah without a mother or father.
The angels were made from light by Allah.
They reside in the seven heavenly spheres.
The jinn was made from fire by Allah. Iblis is the jinn’s father.

“He made everything in the best way,
and He started making a man out of clay” (al-Sajdah 32:7).

Adam spent 130 years in Heaven, where he ate its fruits, drank its rivers of water,
honey, and milk, and enjoyed life without becoming ill, weary, or depressed.

After a certain amount of time, Allah fashioned Adam into a
companion in the form of a woman. Her name was Hawwa’.
In Paradise, she led a good and tranquil life with Adam by her side.
Both she and her husband had feelings of affection for one another. 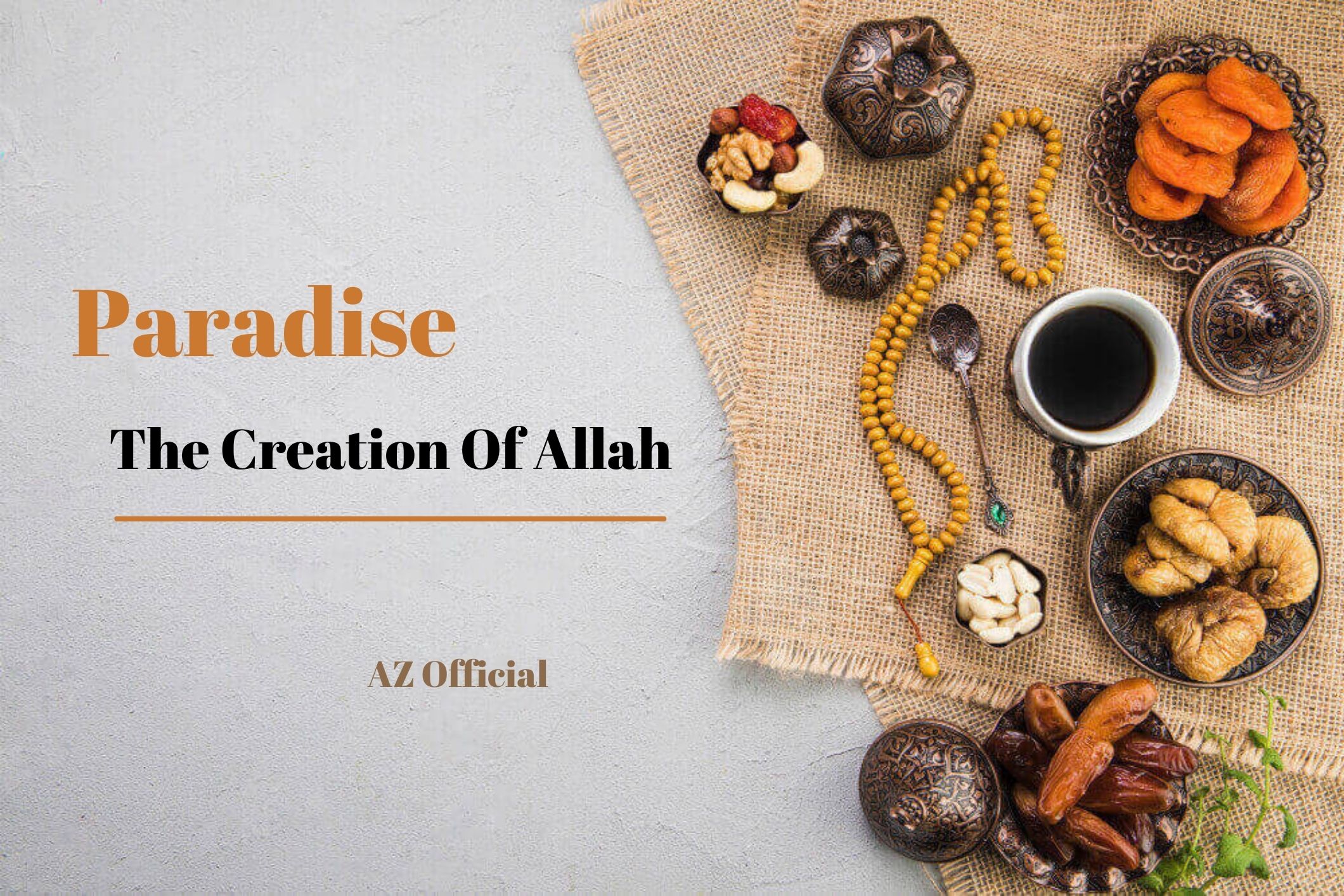 Allah made preparations for Paradise for those believers who trusted the prophets
and followed in their footsteps (may peace be upon them all).
On the Day of Judgment, the righteous believers will be allowed to bypass
the punishment and enter Paradise.

Also, Allah created Hell for those who disbelieved the prophets and did not embrace Islam,
which is the one true religion. Blasphemers will spend eternity in Hell.
On the Day of Judgment, those who blaspheme will be cast into hell,
and they will never be released from there.

Some Beautifull Creations Of Allah: Allah sent Adam and Hawwa’ to earth after
they had lived in Paradise for a long time.

Adam and Hawwa’ had many children together.
Adam and Hawwa began to build and put things together, like houses.
All of their kids were Muslim, and none of them said anything bad about Islam.

Allah made Adam (may peace be upon him) a prophet and a messenger to his wife
and children to teach them Tawhid and the prayers when he came to earth.
Tawhid means to know what qualities belong to Allah
and how He is different from the things He made.
He taught them how to be honest, trustworthy, and sincere,
which are the foundations of good behavior.

Allah states in the Qur’an, “There is nothing comparable to Him,
and He is the All-Hearer and All-Seer” (al-Shura 42:11).

Kabah Was Created By Prophet Adam

Our Adam spoke all languages And Everything had a name to him.
God gave Adam the knowledge of how to plant seeds,
grow vegetables and fruits, and harvest them.
God gave Adam the knowledge of how to make bread from wheat and Adam was good at it.
Adam, the prophet, knew all the names of God’s creations,
such as the names of the sky, earth, sea, air, angel, jinn, and so on.
Adam learned how to construct things and Adam used to build places to live.
He used to make their doors and ceilings.
The Kaaba was the first building he did.
In Palestine, the Aqsa Mosque was built during his time.