72 Hoors, Virgins In Paradise: Houris also called “heavenly virgins” in Arabic,
are a type of celestial.
according to Islamic scriptures,
is one of the main attractions of Heaven,
also called “Jannah” or “Jannat.”
In the Qur’an, Houris are a reward for men who believe in the afterlife.

According to other hadiths,
a believer in heaven can have more than two spouses.
In accordance with Ibn al-Qayyim al-Jawziyyah

‘For every man in the heavens, there will be two wives from among the people,’
Shaykh al-Islam ibn Taymiyyah
And the remainder will cheer with their eyes wide open.’ (Majmoo’ Fatawa – 6/432)

Ibn Kathir stated that the goal of the two wives was to have two of Adam’s children,
and peace be upon him. Aside from those two,
Allah Ta’ala will distribute the gift of Hur in accordance with His will.
(Al Bidaya wan Nihaya 20/341)

In the Islamic faith, heaven does not comprise 72 wide-eyed sex goddesses.
The number ’72’ appears nowhere in the Quran.
Neither does the word “suicide” Intihar,
which is used interchangeably with “martyrdom,” occur.

The misconception stems from one oral narration by Imam Tirmidhi.
He masterfully developed the “72 virgins” myth,
which is now embedded in the brains of radicalized
and misinformed Muslim males. The true sorrow is that so few experts
have acknowledged the existence of this
dispute or have challenged the mistaken verse “of the 72 virgins” in the Quran. 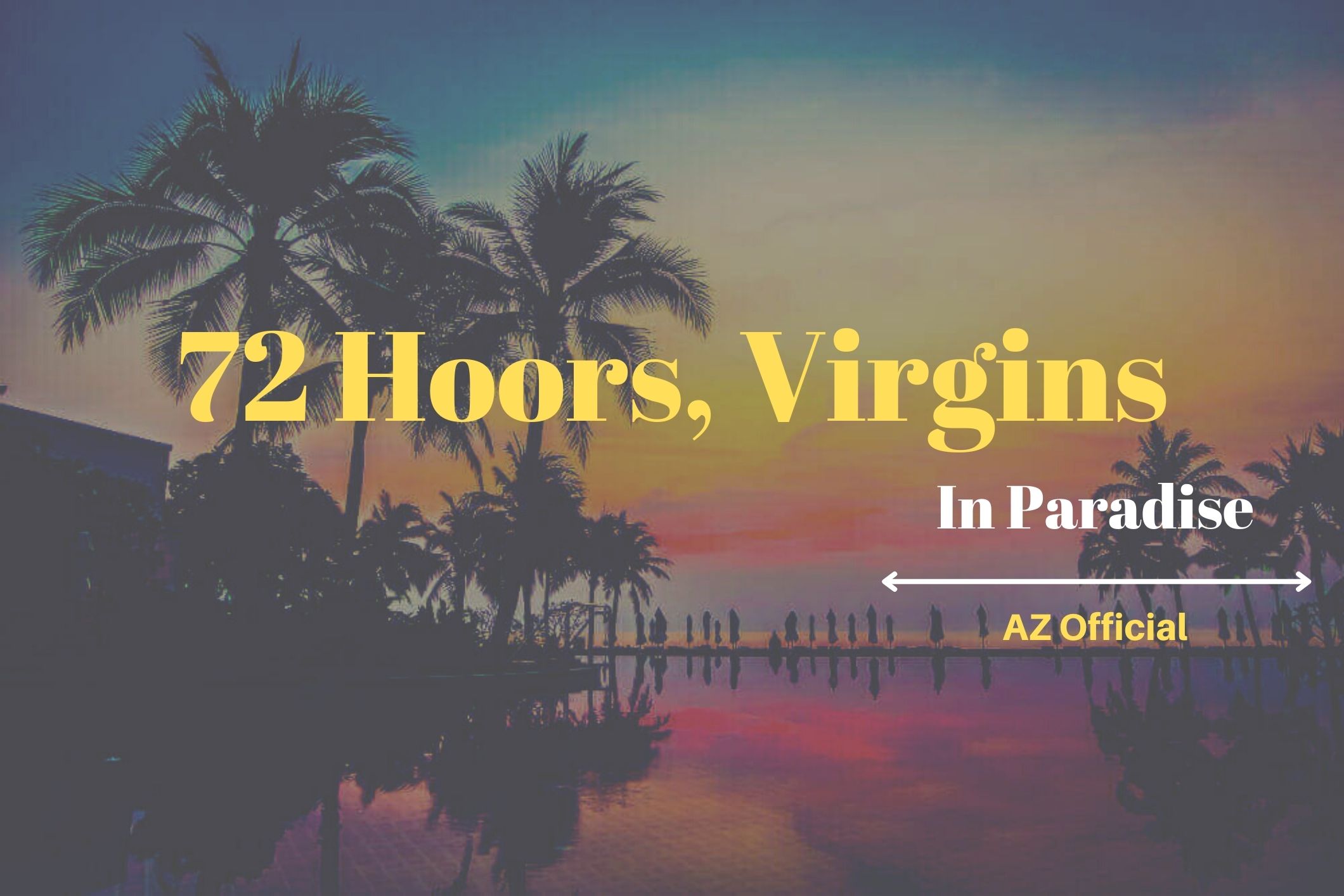 What does Quran Say About Virgin In Paradise?

72 Hoors Virgins In Paradise: In the Holy Qur’an,
the virgins of heaven are referred to as ‘Hur.’
This term appears in four suras of the Qur’an.

Surat Dokhan says, “I will give them a woman with broad eyes.”
Surah Turs, “They will recline on thrones.” I’m going to tie the knot with them.”
Surah Ar-Rahman verse 72 says, “There are maidens in the tent for the people of heaven.”

“‘There are bright-eyed hurrahs like pearls in a veil there in paradise.”
they will not hear any sin; they will just hear salutations and salutations.

According to a report by Anas, the Prophet (s.a.w.) predicted that believers in paradise
will be endowed with superhuman sexual prowess.
“Holy Prophet of Allah! Will he be capable of doing it, too?”
he replied They would give him the power of a hundred.

There is saffron, myrrh, amber, and camphor in their bodies.
Their hair comes from cloves. From their feet to their knees, they smell like sweet saffron.

Mriganavir made it from the knee to the navel.
From the navel to the neck, he used amber.
From the neck to the head, he used camphor.
If a woman spat a little on the ground, the whole world would smell sweet.

They won’t fight with each other.
Everyone will have only one soul and one mind.
They will talk about how holy God is in the morning
and in the afternoon. (Sahih Bukhari – 2995)

To the believers in heaven, the Prophet said,
“There is a tent made of pearls.

Which person are 30 miles tall?
There will be women for the believers to meet all throughout that
have never been seen before. (Sahih Bukhari, number 2993)

Allah makes this statement in the Holy Quran

Give pleasant tidings, Oh Prophet,
to those who believe and perform good deeds,
for underneath them lies a garden from which rivers flow.

They will say,
Such is the fruit we used to be given,
they are permitted to consume fruit,
and they will be given identical fruit to appear on the outside.
And there is a sacramental partner for those people.
They are going to remain there permanently.

According to al-Tirmidhi, Allah gives a martyr seven special gifts.
They’re With the first drop of blood, his or her sins are forgiven.

He knows where he belongs in paradise,
and he is dressed in the garment of faith.

He is married to seventy-two beautiful maidens from the Maidens of Paradise
And doesn’t have to face the punishment of death.

Great Terror can’t hurt him.
The Crown of Dignity, which is better than any jewel,
is placed on his head.

The world and everything in it,
and he is given the ability to pray.
And seventy of his family members will go to heaven.

YOU MAY ALSO LIKE: 10 Names About the Day of Judgment