10 Names About the Day of Judgment 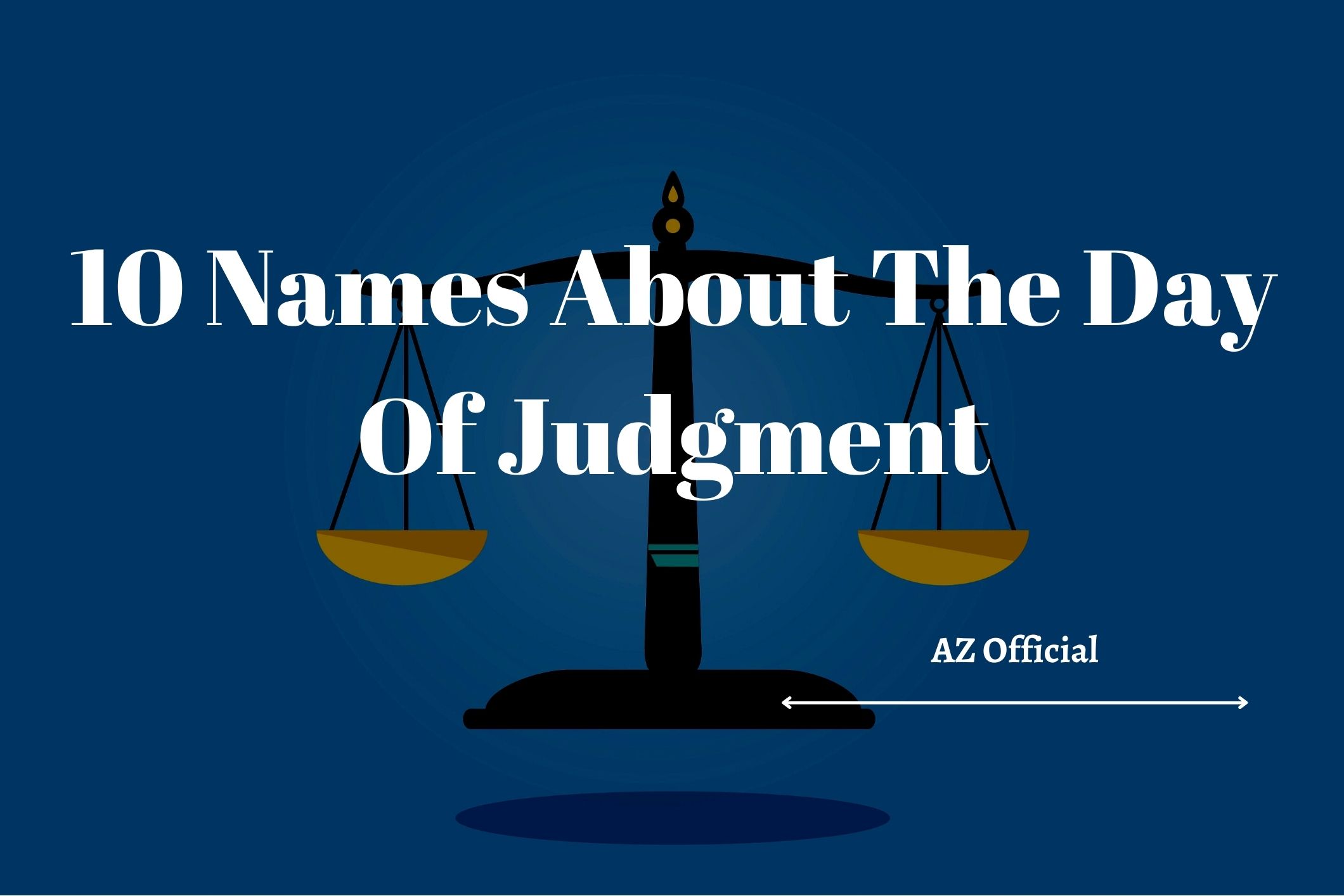 Every person who has ever lived, from antiquity to the current day,
will one day be resurrected and held accountable for their actions.
This particular day is referred to as the “Day of Judgment in islam.”

The last day in the universe’s history and the last day ever is called Judgment Day,
often referred to as the Day of Reckoning or the Day of Resurrection.
It also goes by the name al-Qiyamah.
All attempts by humanity to adapt and evolve would be in vain without the Day of Judgment,
also known by several other names in the Qur’an.
Every person who has ever lived will be raised on that day, judged for their deeds,
and then cast into either paradise or hell,
according to how they lived their life and the decisions they made.

Sayyiduna Imam Muhammad Bin Muhammad Ghazali, the Hujjat-ul-Islam,
says that the Holy Quran talks about the Day of Judgment.
Because it has so many names and so many different meanings,
Allah Almighty has told you about its disasters and its many names.
The idea behind multiple names is to avoid repeating names and titles.
However, there is a warning for the wise in this,
because each part of Judgement Day has a secret and a meaning.
So, you should try to learn about it and understand what it means.
(Ihya-ul-‘Uloom-id-Deen, vol 5, pp. 275)

In the Qur’an, there are a few names for the Day of Judgment:

10 Names About the Day of Judgment

This day is called the Day of decision or distance because it is the day
when people decide whether to be close or far away from each other.

Named as such because of the immense fear that would be unleashed on that day,
and also because people will rise (from the dead) to worship Allah, the Highest.

This day is known as the “Day of getting out” because people will rise from their graves.

Souls and bodies will come together on the Day of Judgment.
The inhabitants of the ground and the inhabitants of the sky will come together.
People who revere deities other than Allah Almighty and their deities will cross paths.
The actors and the actors will cross paths.
There will be a meeting of the oppressors and the oppressed.
And the angels who will punish those who are consigned to Hell will meet them there.
From this vantage point, it is referred to as the Day of Meeting.

The Unavoidable Truth It will make some people sure to go to Paradise
and others sure to go to Hell. It will have the reward and the punishment,
and everything will be real.

This is why Judgment Day is also known as the Day of Frightening Calamity:
because the day will strike horror, frightfulness, and severity into the hearts of all humanity.

On this day, there will be those who fear and submit to Allah, the Almighty,
even though they have never witnessed His punishments.
They will present themselves as sincere, submissive,
and having the appropriate beliefs. Such individuals will hear,
“Without fear, in calm, and satisfaction, enter Paradise.
Your benefits won’t be wasted, and you won’t suffer torment.” From this day on,
there will never be an end or death since people will live in Paradise for all of eternity.
The Day of Eternity is so named because of this.

Following death, each people will be reunited with their loved ones at the appointed moment.
The day is referred to as the Known Day when viewed from this angle.

The final day, after which there will be no more days.