What Is Jannah And Jahannam? 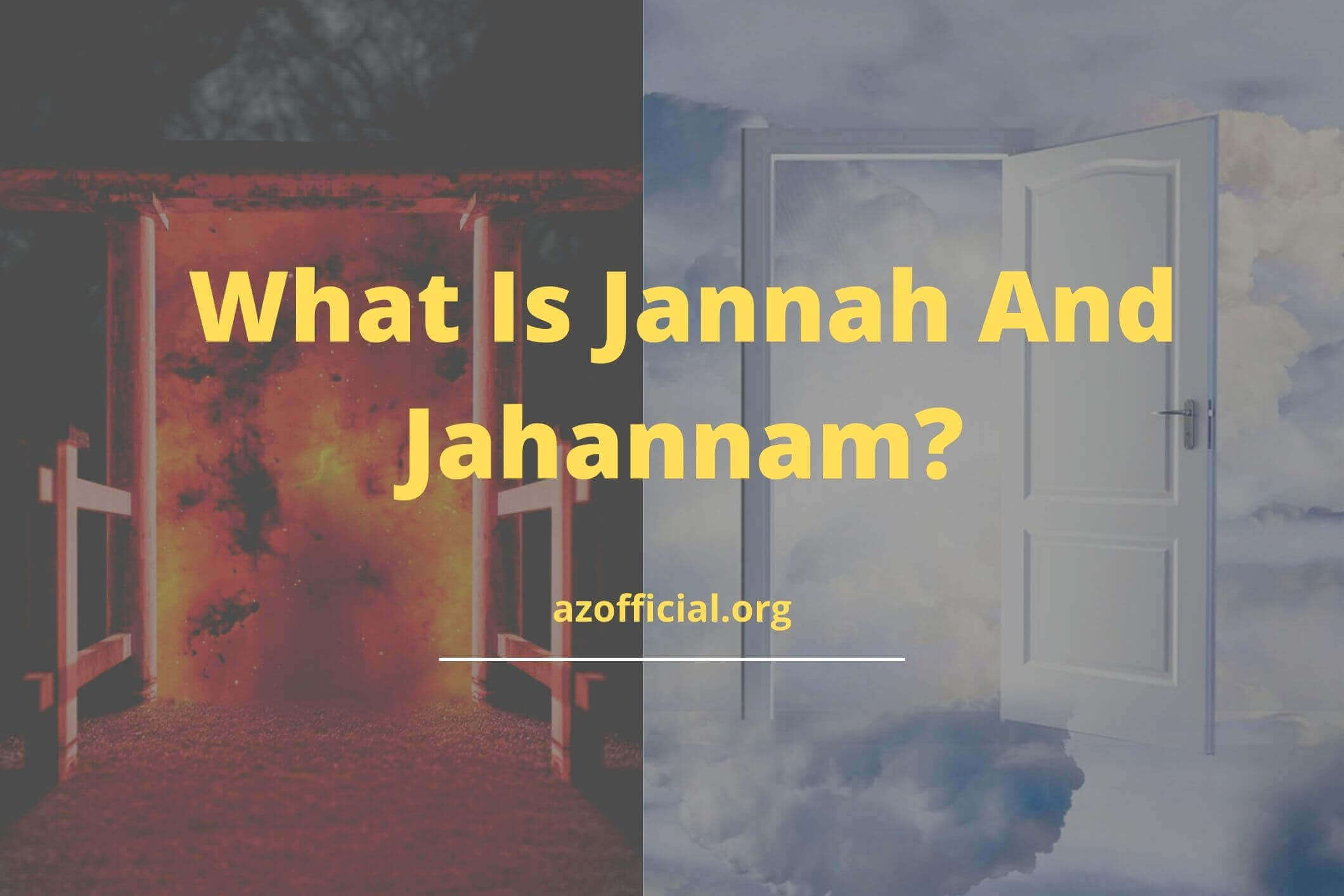 What Is Jannah And Jahannam?

Jannah,” also known as paradise or garden in Islam, is described as a permanent afterlife
of serenity and happiness where the faithful and pious are rewarded in the Quran.
The faithful, according to the Quran, shall find peace in God’s presence and in “gardens under which rivers flow.
” Arabic for “to cover or hide” is the source of our term “Jannah.” So, Heaven is a location beyond our visual perception.
For devout Muslims, Jannah is the promised land after death.

A good Muslim can enter Jannah through one of its many gates once they are resurrected on the Day of Judgment,
and they can spend eternity there, mingling with angels and prophets on one of its many levels.

Jannah is described as a garden of eternal happiness and the abode of serenity in the Quran.
When people die is up to Allah, and they remain in their graves until the Day of Judgment
when they are raised and brought to Allah to be evaluated based on how effectively
they conducted their life while they were here on Earth.
One of heaven’s tiers awaits the righteous, while the wicked are condemned to eternal torment (Jahannam). 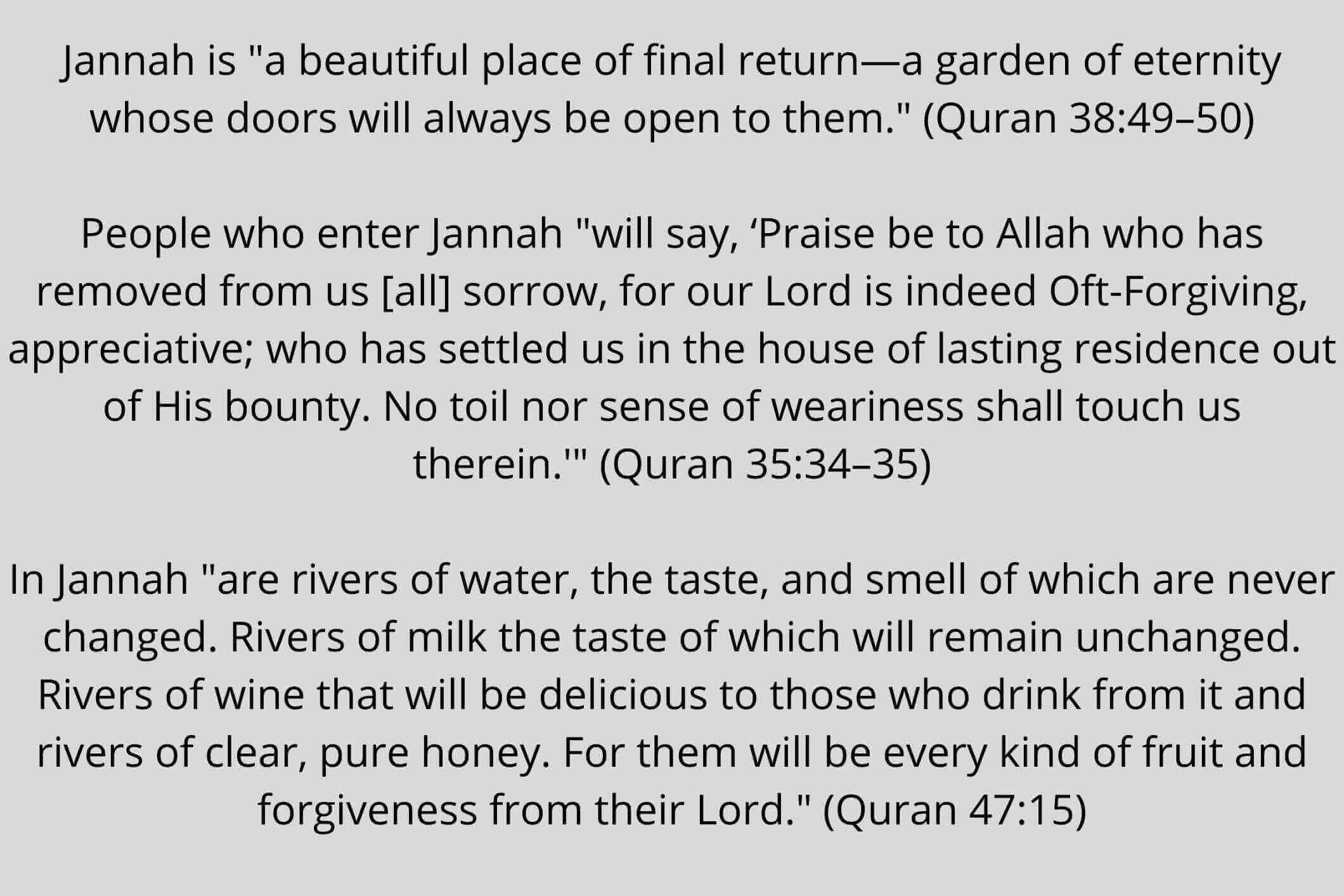 In Islam, Hell is named Jahannam, and the Quran describes it as a place of punishment and misery.
The wicked and the unbelievers shall suffer eternally in hell.
Jahannam derives from an Arabic word that has numerous connotations,
including “a stern look,” “darkness,” and “storm cloud.” Jahannam, therefore,
is a location that is terrifying, gloomy, and inhospitable.
The Quran paints Jahannam using vivid imagery as a warning to people who disbelieve in God.
It is characterized cruelly as a blazing fire, fed by “men and stones,” with scorching water to drink,
and toxic food to consume that sits in the stomach like molten lead.
Those who have doubts about the afterlife will plead for more chances
to make amends in this life so they can finally accept the reality of it.