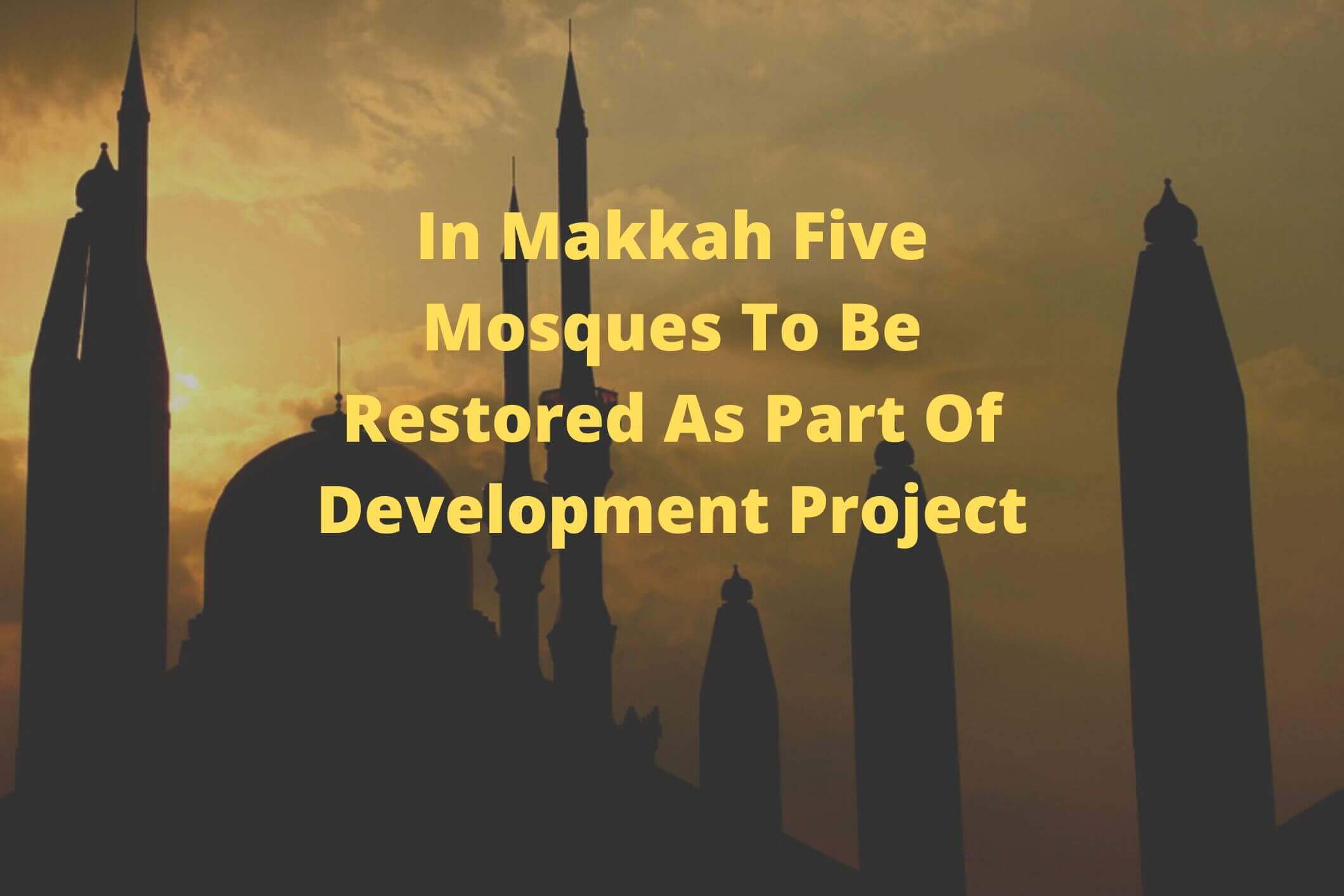 The second phase of the Prince Mohammed bin Salman

Project for the Development of Historical Mosques will include

the restoration of five mosques in the Makkah region,

according to the Saudi Press Agency on Sunday.

The mosques’ architecture has been impacted by the changing

climate throughout the centuries, and this initiative intends

to safeguard and rehabilitate them so that they can last for many more years.

The second phase of the Makkah development project begins with

the Al-Baiah Mosque, which was constructed by the Abbasid Caliph

after the refurbishment is complete, with a total space of 457.56 square meters.

Two of the five mosques are located in the Jeddah governorate:

Mosque in the Al-Balad area, both on Al-Dhahab Street.

In Makkah Five Mosques To Be Restored

The Abu Inbeh Mosque dates back over a thousand years

The proposed renovations will increase the size to 335.31 square meters,

with enough room for 357 worshippers.

Approximately 66 kilometers from the Grand Mosque in

Makkah is the Al-Khadr Mosque, which dates back to

the early Islamic era (around the seventh century).

Once completed, the renovations will bring the square footage

According to tradition, the Prophet Muhammad visited the Al-Fath Mosque

in the governorate of Al-Jamoum the year he captured Makkah.

The current space can only accommodate 218 people for worship,

but with the planned expansion to 553.50 square meters,

that number should rise to 333.

More than 300 years old, the Al-Jubail Mosque will have a remodeled area of

310 square meters as part of the project. It will still be able to hold 45 worshipers.

The second stage of the development project, which spans the entire Kingdom,

will entail the construction of 30 mosques.

and elevate the cultural and religious significance of these buildings.