Here on Our Site, We had written the Names And details of the 11 Wifes Of
Prophet Muhammad With Biography.

When Khadijah first met the Prophet, Muhammad
she was the widow of a successful trader but had since found success on her own.
Khadijah was Muhammad’s first wife.
She initially employed Muhammad as a business representative, but she quickly began to consider him for marriage.

Six children two sons who passed away in infancy were born to him through Khadijah.
She supported and encouraged Muhammad when he initially got revelations,
and when many notable Makkans started to turn against him, she stuck by him.
Muhammad didn’t take any other wives while she was still alive.
For the rest of his life, he would love, miss, and think of Khadijah. 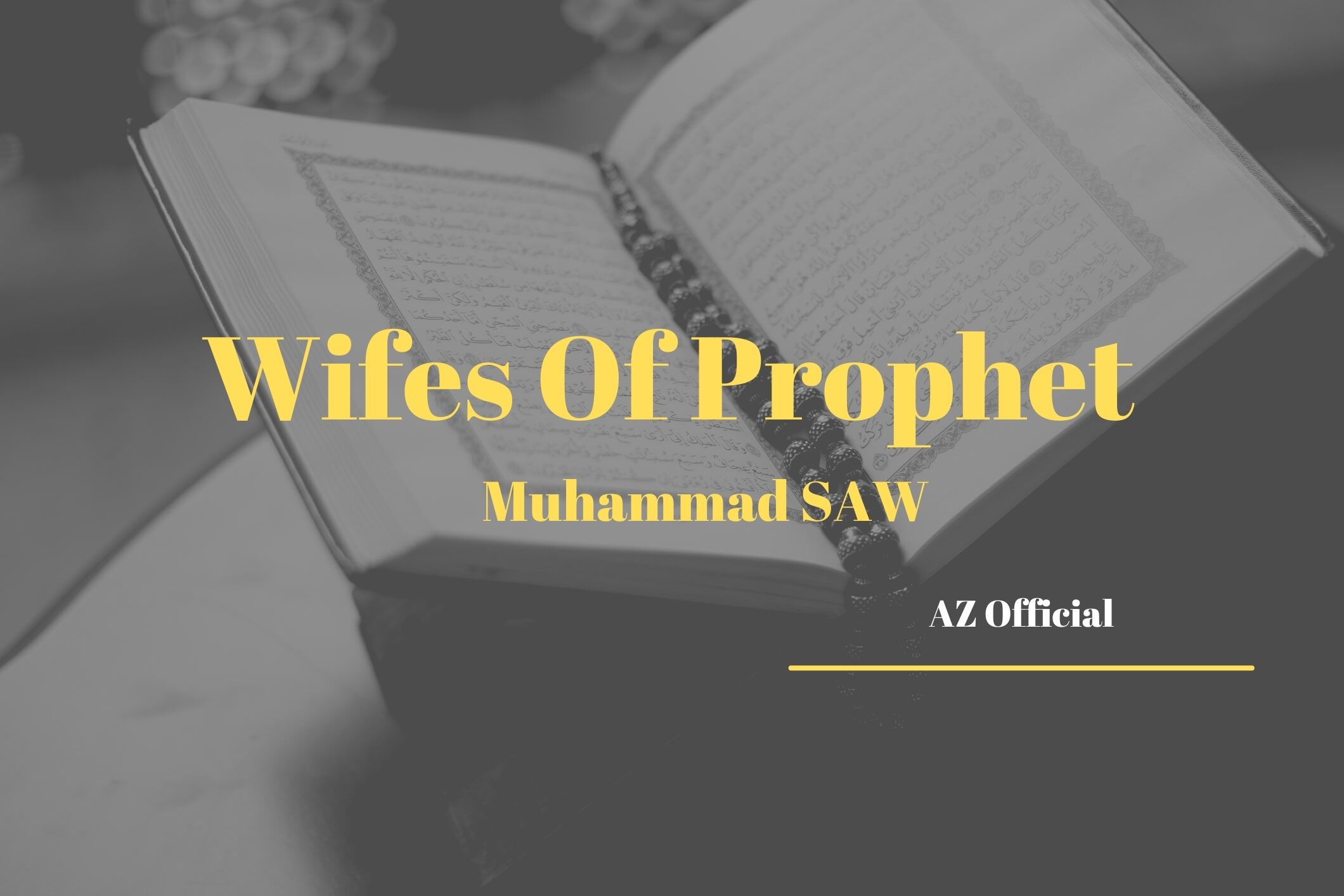 After Khadijah passed away, the Prophet of Allah wed Sawda bint Zama
before he migrated to Medina.
She shared Khadijah’s (may Allah be pleased with them both) age of 66.
Sawda bint Zama was the woman the Prophet (peace be upon him) Marriage after
she and her husband fled to Abyssinia from the cruel members of the Quraish tribe.
However, upon her return to Quraish after her husband’s death,
she was nearly coerced into abandoning Islam in favor of the faith of her ancestors.
To shield her faith from the trials she was through,
the Prophet of Allah (peace be upon him) wed Sawda bint Zama.

Abu Bakr was a close friend and supporter of the Prophet Muhammad.
He had a daughter named Aishah.
When she got engaged to him when she was young,
it made their relationship stronger. Aishah was raised as a Muslim,
but most of her close friends became Muslims later in life.

After they got married, she and the Prophet became very close.
Aishah was his much-loved wife and a very smart expert on Islam.
She is thought to have told more than 2,000 ahadith.
She was known for her intelligence, love of learning, and good judgment.

Aishah lost her husband when she was 18 or 19 years old.
For the next 40 years, she taught and played a big part in spreading Islam.

Aishah was the sole wife of the Prophet (peace be upon him)
who had a vision while he was in her bed?
To prove her innocence from the false rumor, Allah revealed her name in Surah Nur,
which shall be repeated until the Day of Judgment.
Aisha’s knowledge was sought out by the senior Companions whenever
they had questions on matters of religion.

Prophet Muhammad’s first wife who was not from the tribe of Quraish was Zaynab.
She passed away less than a year after getting married,
so not much is known about her. Before she got married,
she was called “Mother of the Poor” because she helped the poor and was kind to them.

Wifes Of Prophet Muhammad: Banu Makhzum was the tribe she belonged to.
She lost her young spouse when he was only 49.
The Prophet (peace be upon him) recognized the necessity for a caregiver
when he observed that she had young children.
The Messenger of God (peace be upon him) married her to provide for her
and her children when they immigrated
and were separated from her parents and other relatives.

Ramlah, or Umm Habibah as she was more well known, was the daughter of Abu Sufyan,
a leader of the Quraish and an early opponent of Islam.
She made her beliefs known to the world without worrying about the repercussions,
and she maintained her convictions even in the face of adversity.
Ramla bint Abu Sufyan’s husband converted to Christianity while they were in Abyssinia,
where the couple had previously traveled.
So, Ramla bint Abu Sufyan could either go back to her father,
who was still opposing the Messenger (peace be upon him),
or struggle to maintain her faith now that her husband had abandoned Islam.
The Messenger of God (peace be upon him) wed Ramla bint Abu Sufyan to shield
her from these trials and prevent her from abandoning Islam for polytheism.

Maymunah, whose name at the time was Barra,
wanted to marry the Prophet and proposed to him.
He said yes. Maymunah lived with the Prophet until he died,
which was just over three years later.
She was a nice person, and her nephew, Ibn Abbas,
who later became the most knowledgeable person about the Quran, learned a lot from her.

Zaynab was a young woman from the wealthy Quraish family
who married Muhammad’s liberated slave and adopted son, Zayd.

Her expectations for a husband were extremely high,
as is the case with most privileged young women,
and Zayd simply did not meet them. Her family, however,
consented to the marriage in order to appease the Prophet.

Although their marriage was short and rocky,
Prophet Muhammad granted them to divorce because he wanted
what was best for both of them.
Divorce was frowned upon and put women in a precarious position,
so to appease everyone involved, including Zaynab’s family, she married Prophet Muhammad.

We wedded her to you after Zayd divorced her so that the believers would be
free to remarry the spouses of their adopted sons if they so chose.
We may always count on Allah’s will to be done.
Number 37 in Surah Al-Ahzab

Safiyyah’s father, Huyayy ibn Akhtab, was the leader of the Jewish tribe Banu Nadir.
She was born in Madinah. Banu Nadir was kicked out of Madinah and went to live in Khaybar.
At the Battle of Khaybar in the year 629 CE, the Muslims won,
and Safiyyah was taken, prisoner.
Muhammad asked Safiyyah to become a Muslim, and she agreed.
She then married Muhammad.

Safiyyah had only turned 21 years old when the Prophet passed away.
She continued her long life for another 39 years, passing away at the age of 60 in Medina.