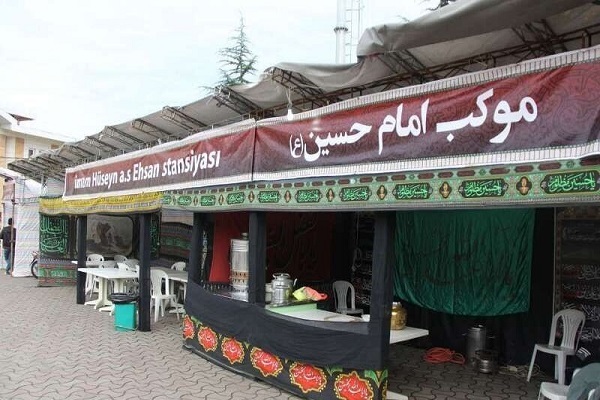 According to a representative of Iran, more than 1,800 Mawakib have been set up
in Iraq in advance of the Arbaeen procession.

Mohammad Taqi Baqeri, secretary of the Arbaeen Headquarters,
stated that they are in the holy cities of Najaf,
Karbala, Kadhimiya, and Samarra.

In order to assist persons leaving Iran for Iraq during the Arbaeen season,
he noted that 1,200 Mawakib had also
launched in border regions of Iran.

He added that services for pilgrims would continue up until the
23rd day of the month of Safar (September 20).

On the way to Karbala and elsewhere on the pilgrimage,
Mawakib is a resting stop with particular amenities and services for pilgrims.

One of the world’s largest religious gatherings is
the Arbaeen mourning ceremony.

It is 40 days after Ashura, the day Imam Hussein, the grandson of the
Prophet Mohammed (PBUH), was killed.
The date of Arbaeen this year is September 17.

The holy shrine of Imam Hussein (AS) is located in Karbala,
and every year, a sizable number of Shias travel
there to observe mourning rituals.

Long distances are covered on foot by
the pilgrims, who are primarily from Iran and Iraq.