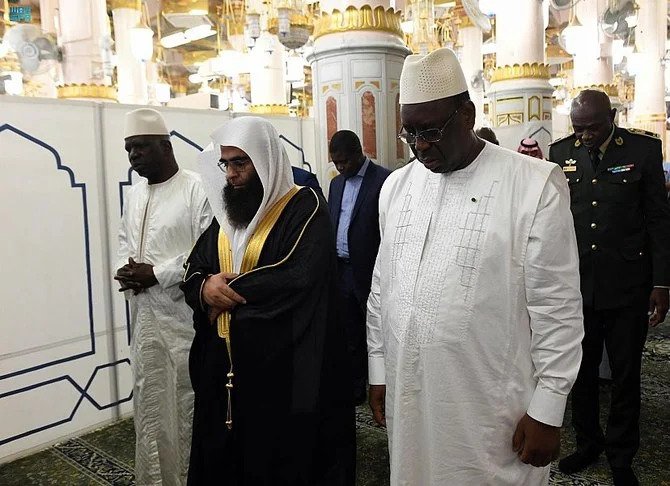 On Saturday, the President of Senegal, Macky Sall,
went on Umrah at the Grand Mosque in Makkah.

Senior people from the General Presidency for
the Affairs of the Two Holy Mosques met Sall in Makkah.

Earlier on Saturday, he flew from Madinah to Jeddah.
When he arrived at King Abdulaziz International Airport,
the governor of Jeddah, Prince Saud bin Abdullah bin Jalawi,
the mayor of Jeddah, Saleh Al-Turki, and other Saudi officials met him.

Friday, the president of Senegal went to Madinah,
where he went to the Prophet’s Mosque and prayed.

Also Like: President Of Uzbekistan Performs Umrah On Official Visit To Saudi Arabia