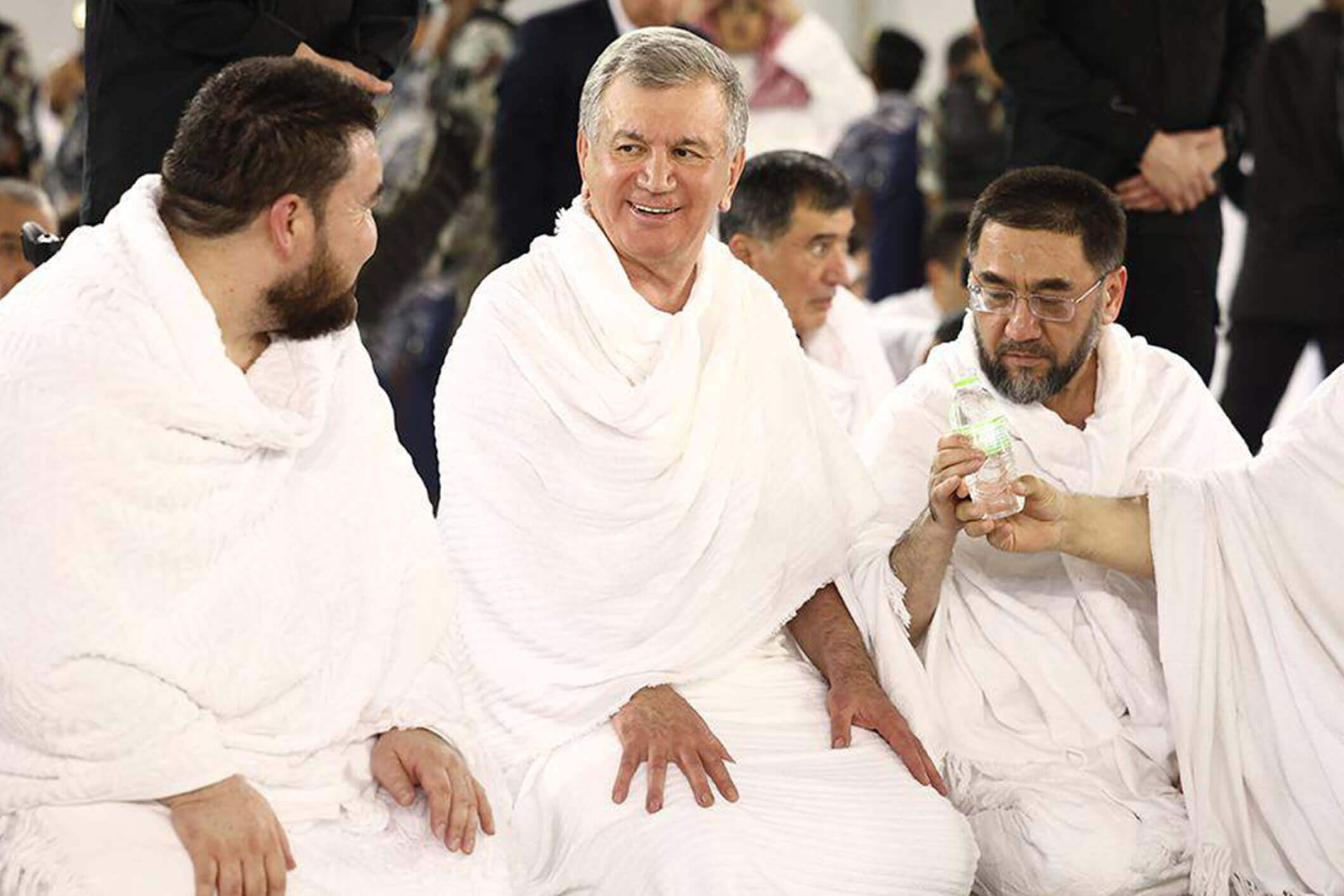 The President of the Republic of Uzbekistan, Shavkat Mirziyoyev,
did the Umrah pilgrimage on Thursday, the Saudi Press Agency (SPA) said.
When the president arrived, several people from the General Presidency
for the Affairs of the Grand Mosque and the Prophet’s Mosque and the Special Force for the Security of the Grand Mosque met him.
The Uzbek president arrived in Jeddah on Wednesday, where he was met by Saudi Crown Prince Mohammed bin Salman.

During their meeting, they talked about their relationship with each other and how they could work together in different areas.
They also talked about a number of issues that both of them were interested in.