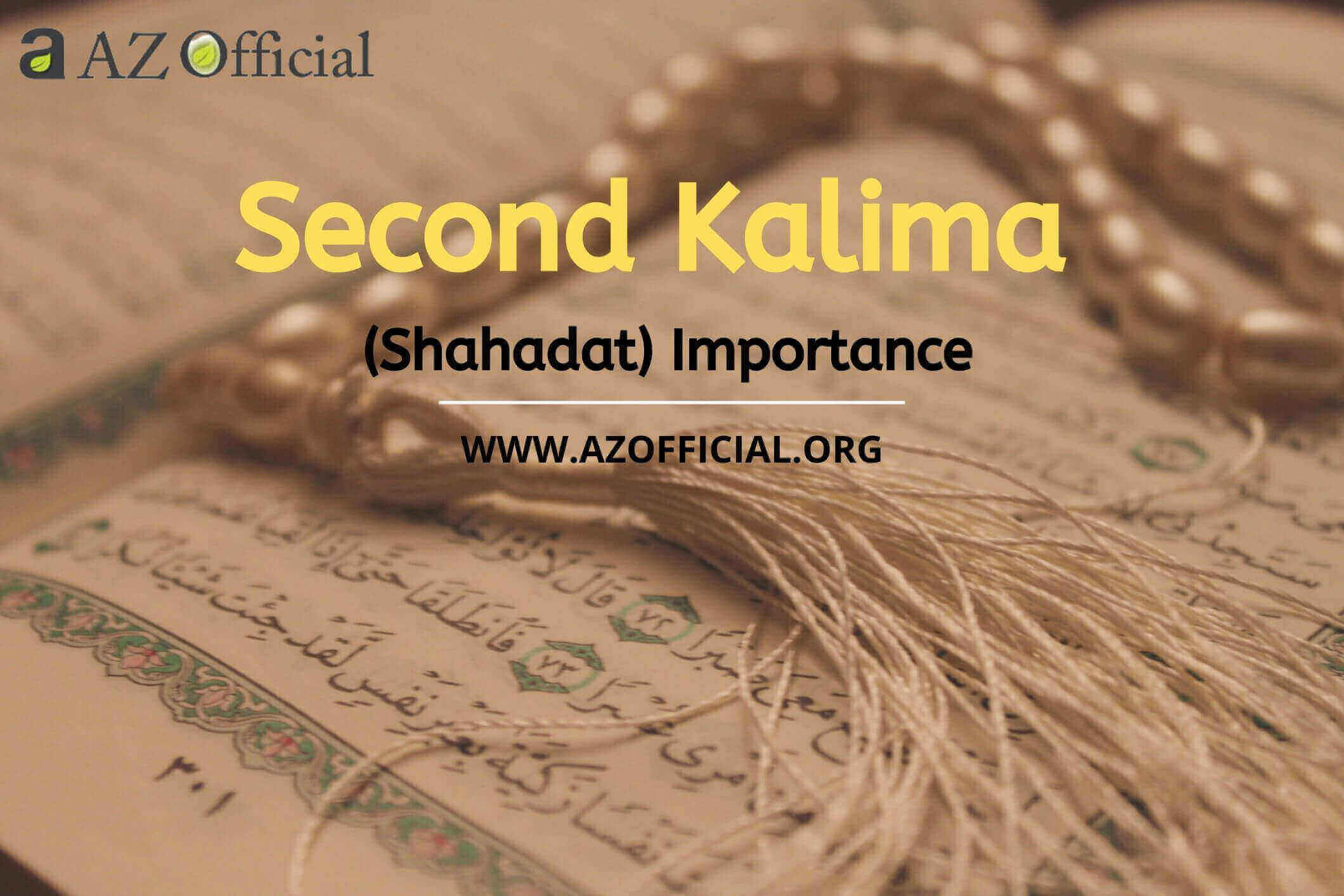 What Is The Second Kalima’s (Shahadat) Significance?

The shahadat, or “bearing witness to faith,” is the second kalima.
This includes Islam’s core teaching of Tawheed.
The Tawheed is the conviction that God is one and the same.
It affirms that Allah (Al-Ahad) is One and Unique (Al-Wahid).

The Shahada is the most important idea in Islam.
The Quran and Hadith talk about it a lot.

Upon reciting the second Kalima, a Muslim declares:

Muhammad is Allah’s representative and messenger, and he is the only God.

that they personally concur with this.

that they will uphold all of Islam’s commandments in their daily lives.

The six Kalimah are known
by millions of people
worldwide because they convey
crucial Islamic and Allahist concepts.
These six statements are beneficial,
and young children are frequently taught
so they can use them in the future.

The second Kalima will be
covered in great detail in this article.

A summary of Second Kalima:

The Kalima Shahadat plays a special role in Muslims’ daily lives.
Muslims testify that Allah is the one and only who does not
need a partner by basing their entire existence around
it and that Muhammad (SAW) is His final messenger and prophet.
The doctrines of the
faith are fully realized in a
Muslim’s life by this witness and the idea of tauhid.

The existence of these four things, however,
nullifies all the advantages and advantages of reciting the Kalima Shahadat.
They are Tatil, Shirk, Shak, and Tashbih.
Shirk is the idea that there are additional gods.

Shak is a religious term for uncertainty or doubt.
Tasbih refers to associating Allah with a fictitious being.
Tamil refers to the idea
that everything is self-created
and that Allah does not interfere with beings.

How Shahadat Affects Our daily lives

Every Muslim is required to recite
the Kalima Shahadat every day.
A Muslim who declares the Shahadat asserts that all
of his deeds are in accordance with the Sunnah and the teachings of the Holy Quran.

By doing this, he acknowledges that Allah is his Sustainer and Creator
and that He is where he will return.
All of our fears—aside from the fear of Allah—are banished
by daily memorization and recitation of the Second Kalima.
It helps a believer remain composed and sincere in his actions.
Second Kalima (Shahadat) Importance

Why you should say the second Kalima:

You can also use these Hadiths to show
how important the Second Kalima Shahadat is:

You are approaching a group of people who are readers
of the Book (Ahl Kitab), so call on them to affirm
no god exists except Allah,
and that I, Muhammad,
sent by Him. (Bukhari Al-, 1422H)

Additionally, he said: “Whoever dies knowing that only
Allah may be worshipped,
and then he entered Paradise.” (Islamic 2006)