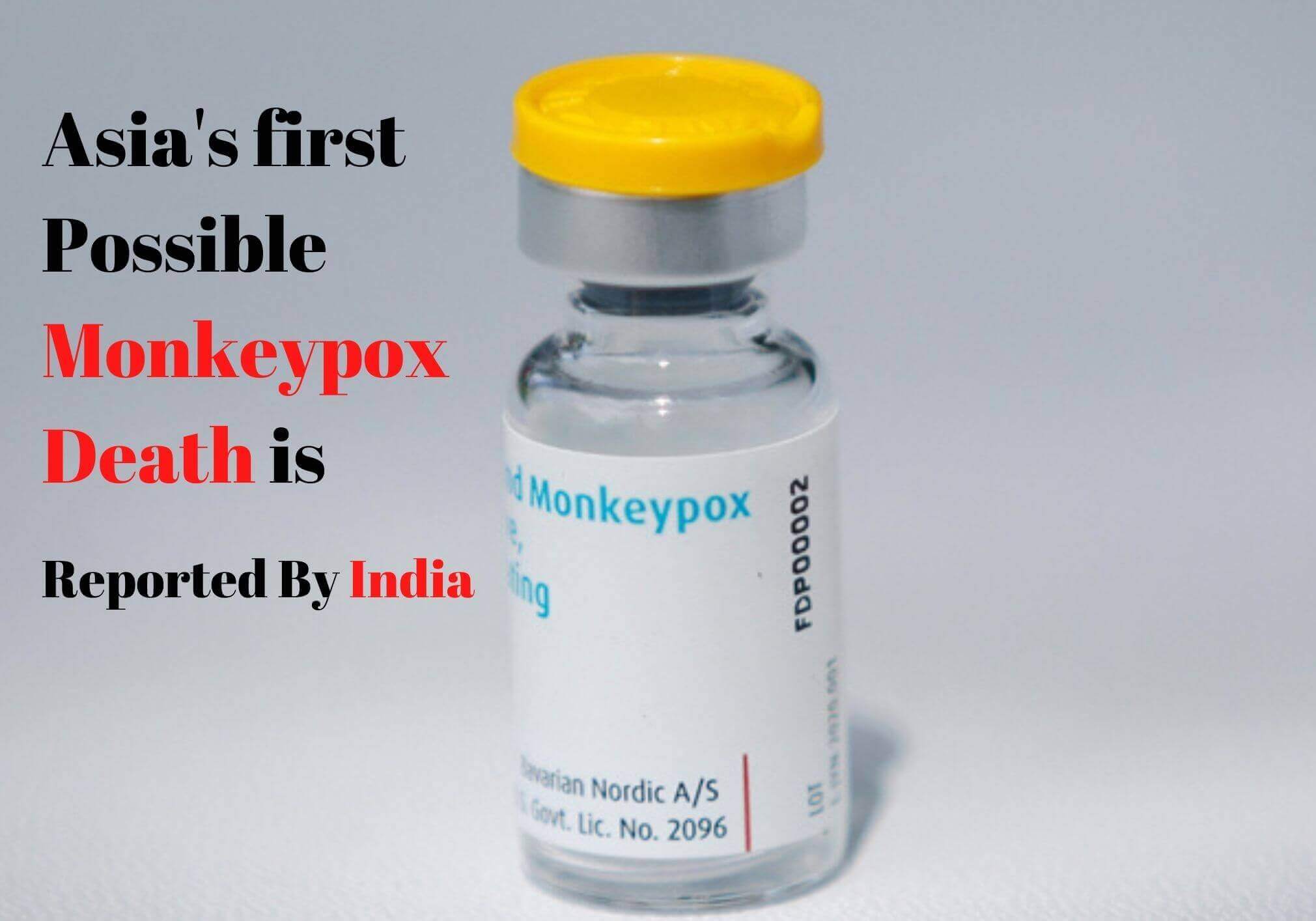 NEW DELHI:After a guy who had just returned from the
United Arab Emirates tested positive for monkeypox,
Indian authorities said on Monday that there may have been
the first monkeypox fatality in Asia.

Test results on the 22-year-old “showed that the man had monkeypox,”
according to Kerala’s health ministry.
In a monkeypox outbreak that the World Health Organization
has deemed a global health emergency,
three fatalities associated with the disease
have so far been confirmed outside of Africa.

On July 30, the Indian guy passed away in Kerala,
just a week after arriving from the UAE
and being transferred to the hospital.
However, it was unclear if the fatality was due to monkeypox.

Monkeypox symptoms were absent in the young person.
Veena George, Kerala’s health minister, was quoted by
the Indian Express daily as saying on Sunday that the
patient had been brought to a hospital with encephalitis
and exhaustion symptoms.

She added that 20 persons, including family members,
friends who played football with the man, and medical personnel,
had been deemed to have a high risk of infection
and were being kept under monitoring.
In the world outside of Africa, more than 18,000 cases of monkeypox
have been reported, the majority of them in Europe,
according to the WHO.
Brazil and Spain each had one death linked to
monkeypox last week.

The three fatalities’ exact causes are still unknown,
however, as Spanish authorities were still conducting
autopsies as of Sunday and Brazilian authorities said
the deceased patient had other “severe illnesses.”

More deaths from monkeypox are likely, according to
a statement made on Saturday by the WHO’s European division.
According to Catherine Smallwood,

Senior Emergency Officer at WHO Europe,
“We will expect to see more deaths with the continuous
spread of monkeypox in Europe.”
She stated that the objective should be
“immediately disrupting transmission in Europe
and stopping this outbreak.”
At least four cases have been reported by India,
with the first one occurring on July 15 in a different guy who
had just returned to Kerala from the UAE.

A high-level delegation from the state medical board
would investigate the fatality, Kerala’s health ministry
said in a statement on Monday.
The man had the West African variety,
according to preliminary tests from the National
Institute of Virology in Pune; further genetic testing will be done.

“Nobody is to blame for the illness.
In order to stop the spread, those who exhibit symptoms should
contact the health department, the ministry advised,
adding that there was “no need to panic.”
It further stated that the man’s relatives did not
notify doctors of the results of tests performed in
Dubai on July 19 until July 30, by which point he was already in a grave condition.

However, “none is a close contact,” it was claimed,
despite there being 165 people on the same trip from the UAE.
Monkeypox is linked to the deadly smallpox virus,
which was wiped out in 1980, but is far less severe.
It was named after a monkey because it was originally identified in one.

A high fever, swollen lymph nodes, and a rash resembling chicken pox
are some of the illness’ early warning signs.
People without travel ties to the continent of Africa were found to
have an uptick in cases in May 2022 in non-African nations.
Last month, the WHO issued the highest possible alert when
it declared the outbreak a global health emergency.
Asia’s first Possible Monkeypox Death