Scholars have different ideas about whether or not it is okay to have dogs.
Most Islamic scholars agree that you can’t have a dog unless it’s for hunting or to protect livestock or crops,
but some make exceptions for other things.
Most experts agree that dogs shouldn’t come into your home unless
there’s a good reason (e.g. for service dogs). 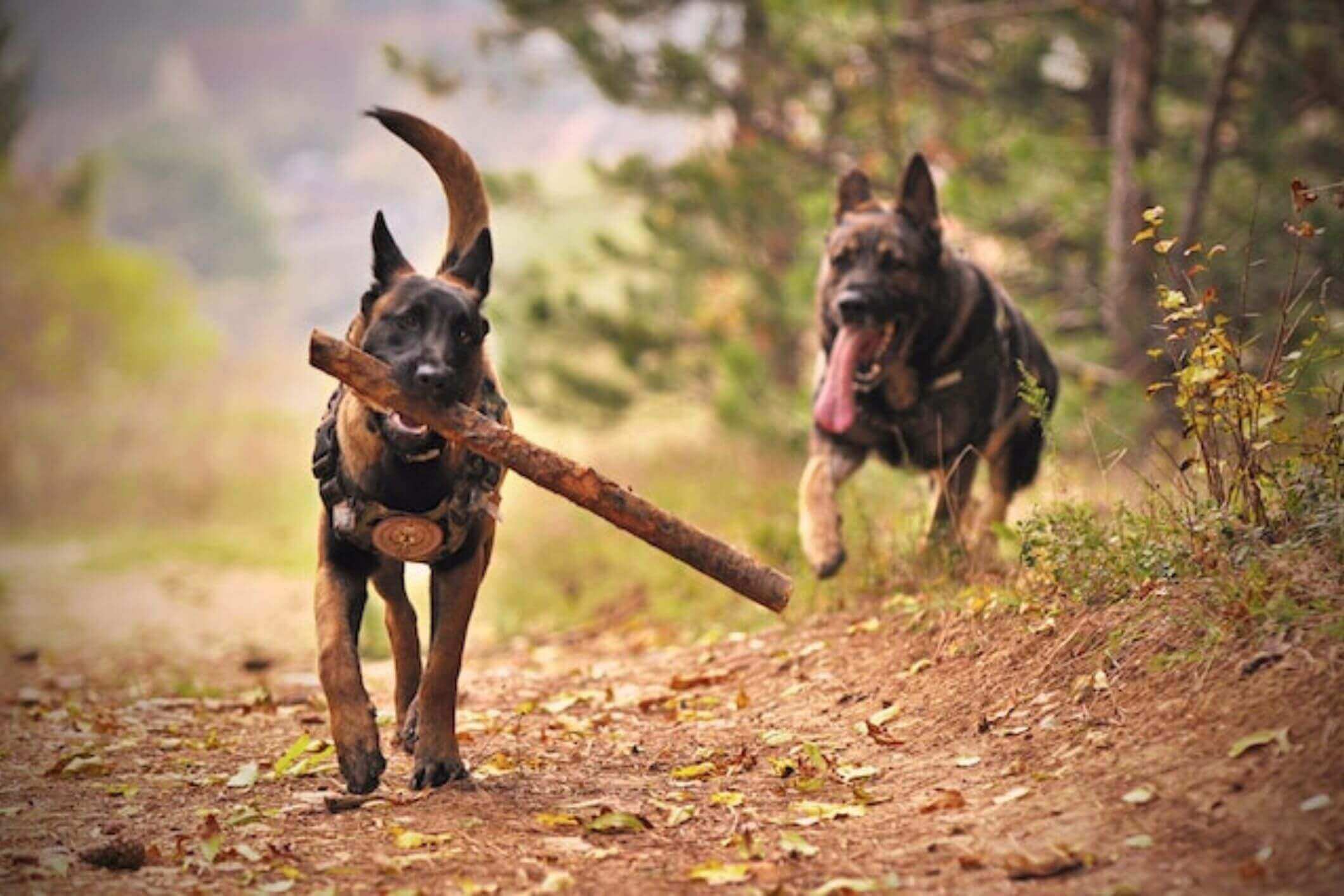 Dogs are mentioned twice in the Quran.
The first is in the verse Surat Al-Ma’idah. In short,
Allah says that you can eat what the dog has caught for you.

“They request you, Oh Muhammad, what you have given them permission to do Say,
“All good foods and games caught by your trained hunting animals are legal for you,
just as Allah has taught you.” So eat what they catch for you,
say the name of God on it, and be afraid of God.”
In fact, Allah keeps track of things quickly.” (Quran 5:4)

The second time that dogs are mentioned in the Quran is in Al-Kahf.

Indeed, that was one of Allah’s proofs.
The one whom Allah directs is the [properly] led one,
while the one whom He leads astray will never have a guardian guide.
Even if they were sleeping, you’d assume they were awake.

Their dog stretched his front legs at the door as we swung them to the right and left.
You would have been so frightened if you gazed at them that you would have run away. (Quran 18:17-18)

As Bilal Philips explains, a dog that licks a Muslim’s hand is not committing a violation of ablution.

In the hadith, the phrase “licking the vessel” refers to food containers that need to be cleaned well.

According to Dr. Zakir Naik Keeping Dogs As Pets Haram In Islam

Muslim further reports that the Prophet of Allah (saws) said,
“He who keeps a dog for any cause other than to defend his property
(lands) or his flock of sheep, his good works equal to two Qirat would be deducted every day.”

These verses make it clear that dogs can be kept for more than just hunting and security.