9 Things To Do Before Jummah: Friday is not a typical day for Muslims. Prophet Muhammad,
the best person who ever lived, called it the “best day of the week”.
Prophet (S.A.W.) said, “The best day the sun has risen is Friday.
On it, Adam was created, he was made to enter Paradise on it, he was kicked out of it,
and the [last] hour (the Day of Resurrection) will happen on no other day but Friday.” (Muslim) 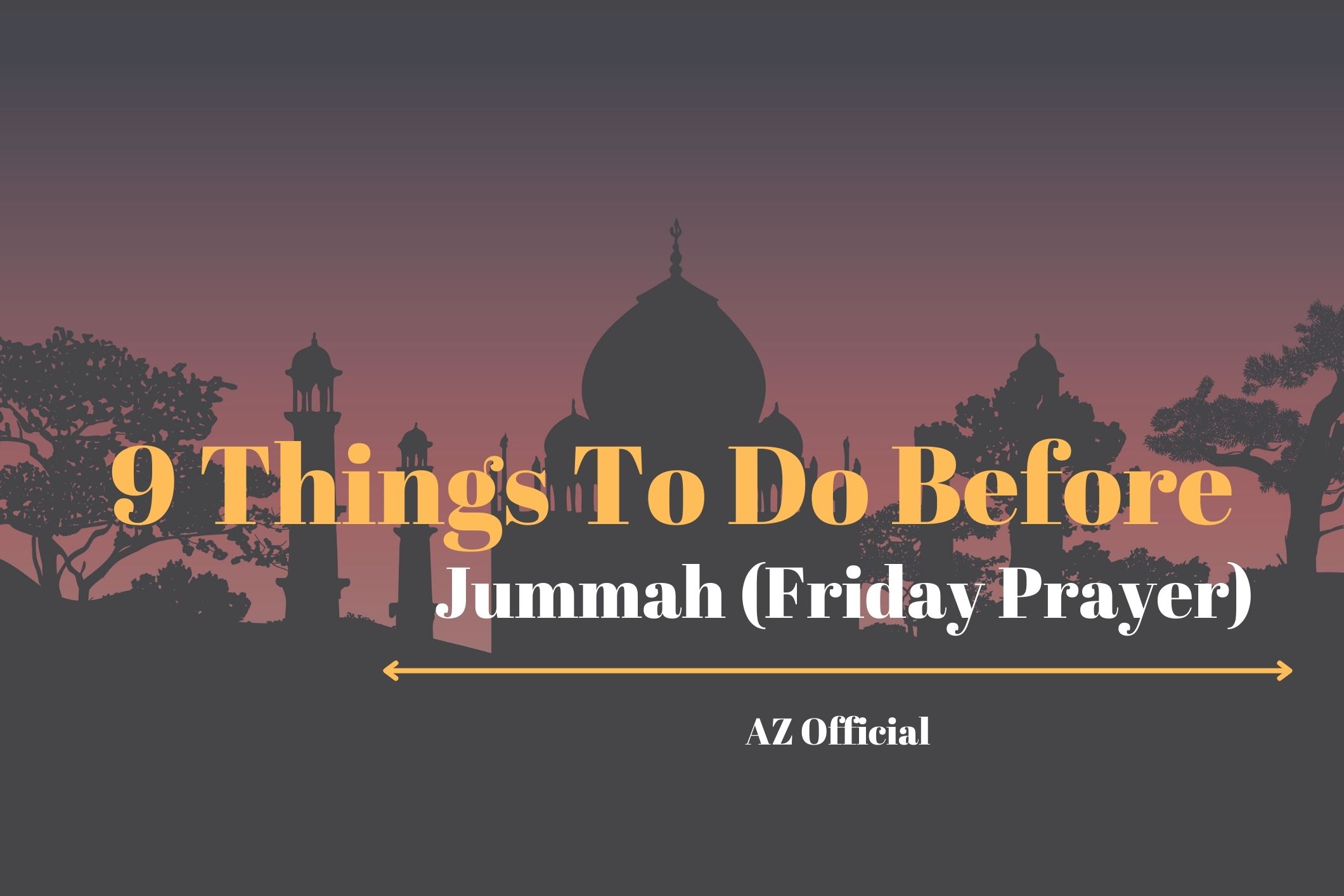 The name “Jumuah” is even given to a whole Surah (Book) in the Quran.

Today, I’ve completed your religion, given you all of My Favor,
and selected Islam as your religion.” (Quran 5:3)

But Friday isn’t just a day to celebrate because it’s a “Special day.”
Allah (SWT) has given it a significant and specific role in making Islam stronger.

Here are 10 good deeds that Allah Subhanahu wa Ta’ala,
the Most Merciful, will bless and reward you for.

As part of the Jummah, must take a ghusl and clean our bodies.
After all, being clean is a big part of having faith.

“Allah loves people who always apologize
and people who clean themselves.” (Al-Baqarah: 222)

The Prophet of Allah (S.A.W.) commanded all Muslims over the age of puberty
to bathe every Friday, brush their teeth with Siwak,
and wear perfume if they had it. Sahih Bukhari

Prophet Muhammad SAW said that people should
use miswak to keep their teeth clean.
So, it is thought to be the first book on oral hygiene
for Muslims written by a dentist.

It is also recommended that you wear perfume at Jummah in honor of the
Prophet Muhammad SAW liked to greet people with a nice aroma.
To avoid any potential controversy about whether or
No alcoholic perfumes are permitted during Salah,
it is recommended that you use only non-alcoholic fragrances.

Surah Al-Kahf not only tells us that Allah SWT protects those
who stay on the right path and do what is right, but it is also full of many good things.
every Muslim should make it a habit to read this blessed Surah every Jummah,
the holiest day of the week in Islam.

The Prophet (S.A.W.) said, “If you read Surah Al-Kahf on Friday,
you will have light between Fridays.” (Told by al-Haakim)

When you pray to Allah, all praise and thanks be to Him,
on Fridays at exactly the right time, you can rest assured that
your prayers will be heard and answered.
“On this day there is a moment when no Muslim stands and prays,
asking Allah for something, and Allah will grant him it.”
He then raised his hands to emphasize how brief that time was. (Bukhari & Muslim)

“He who purifies himself (performs Wudhu) in his house
and then walks to one of Allah’s houses (Mosques) for the purpose
of conducting an obligatory prayer, one step of his will wash off his sins,
and another step will improve his rank (in Jannah).” (Muslim)

Allah showers his favor upon those who offer Durood
and salutations to the Prophet SAW.
The benefits rise if the action is taken on the best day of the week Friday.
it washes away your sins on the Day of Judgment and
brings you closer to the Holy Prophet.