The Importance Of Friday 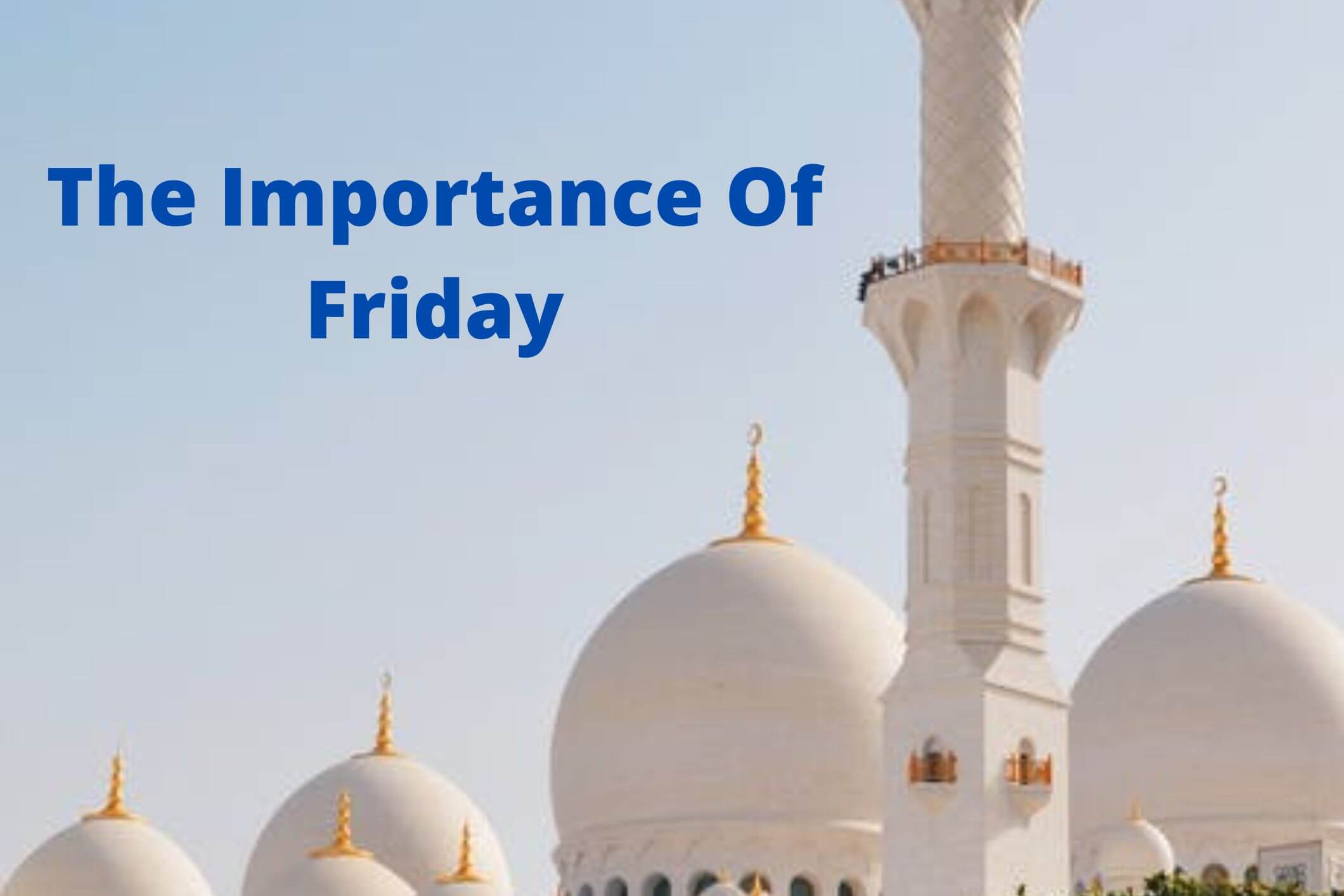 The creation of Adam by Allah on Friday makes it the best day the sun rises over.
He was forced into paradise on it, cast out of it on it, and the Final Hour will occur on no other day than Friday.
In the Islamic calendar, Friday (also known as Jummah) holds special significance.
Friday, or Jummah, means “gathering” in Arabic. Muslims over the world pray the
Jummah prayer on the day of Jummah and this prayer is given extra attention and reverence.
There are numerous spiritual benefits connected to the Jummah day.

Only the sick, children, slaves, and women are exempt from the requirement to pray at Jummah.
Muslims all throughout the world congregated at mosques on Jummah to pray together.
The Prophet Muhammad (PBUH) stressed the significance of Jummah in one of his hadiths:
“There is an hour on Friday, and if a Muslim gets it while offering Salat and asks something of Allah Almighty,
then Allah will definitely fulfill his demands, and Prophet Muhammad (SAW) pointed out the shortness of
that particular time with his hands.” (Bukhari) Abu Sa’eed al-Khudri claimed that whosoever reads
Surah Al-Kahf on the night of Jumu’ah will have a light that will reach between him and the Ancient
House (the Kaaba). (As told by Al-Darimi in 3407. According to Sahih Al-Jami (number 6471) by
Shaykh al-Albani, this hadeeth is authentic.

There is still value in reciting Surah Ad-Dukhan despite the fact that the hadith narration that follows is from a weak chain.
It was declared by the Prophet of Allah ( ), “Whoever recites Ha Mim Ad-Dukhan throughout the night,
seventy thousand angels ask pardon for him in the morning.”

Many Western women, if they are given the
opportunity to step aside from their daily routines,
will use that time to pray. Women in Los Angeles,
as well as the rest of North America, Europe, and Australia,
are responsible for organizing their own Friday prayer services.
Muslims take the time to freshen up with a shower,
put on some perfume, and wash their teeth before
going to prayer so that they present well to their fellow believers.
Raef Haggag, a Muslim artist from the United States,
wrote a song on the rituals surrounding the Jumah prayer and
the rewards that Muslims reap from participating in it.
The film sends a humorous yet serious message to Western
Muslims about the importance of Friday prayers.

Americans of the Muslim faith need specific permission from
their employers before they can take time off to pray at a mosque.
Universities, hospitals, and several large corporations have policies
that allow their employees to hold their own Friday prayers on the premises.

The Friday prayer service is very important to Muslims because it continues a tradition that the Prophet himself established.

To sum up, Friday (Jummah) is the most sacred day of the week,
and we should strive to observe it in accordance with Allah Almighty’s
instructions in the Holy Quran and the example set by the Holy Prophet Muhammad in the Holy Sunnah (SAW).