What Is Haram And Halal Mean In Islam?

When someone says something is Haram, they usually mean it is “not allowed.”
Haram is the word for anything that is Forbidden in the Qur’an or that a Muslim would sin if they did.

Haram And Halal In Islam 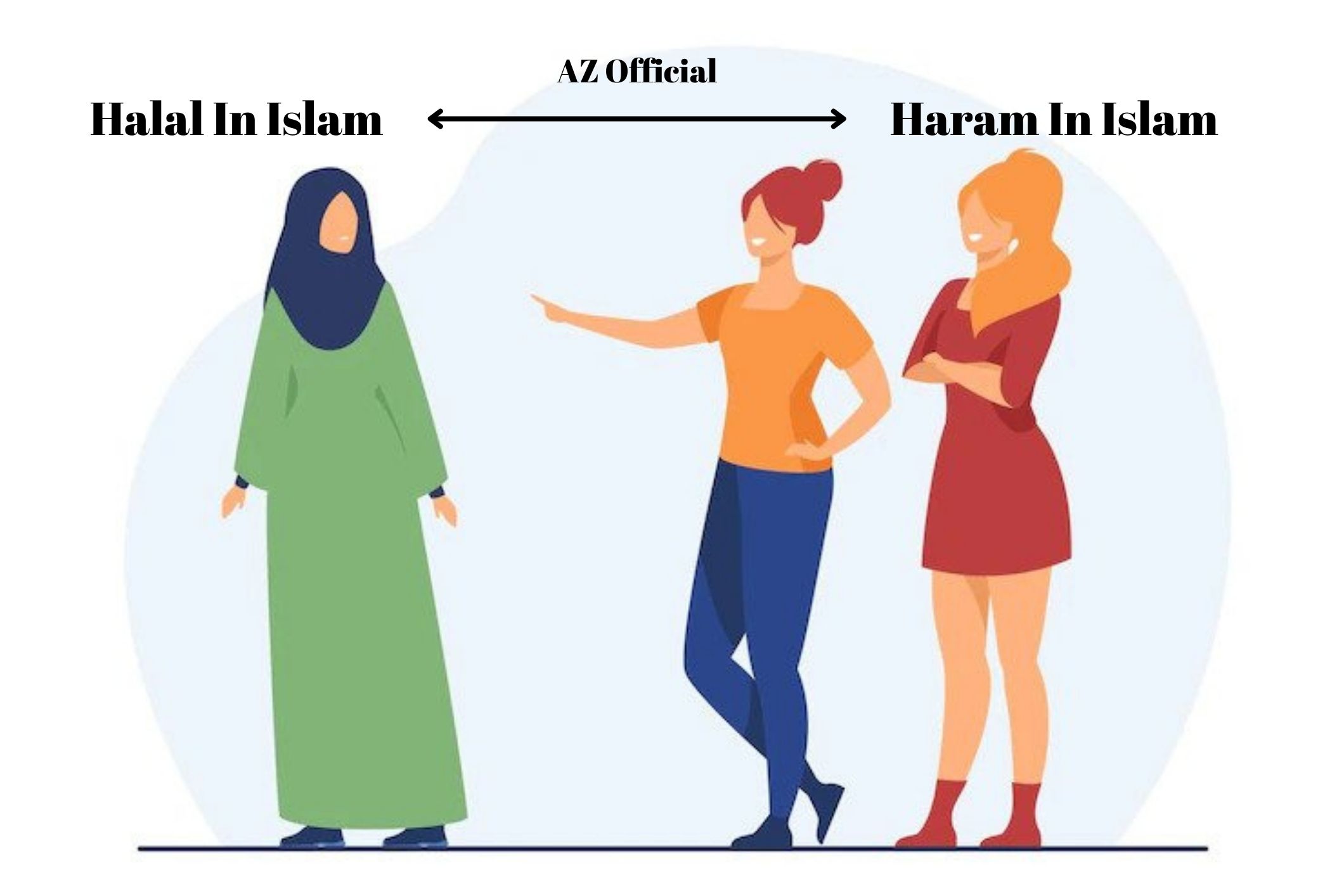 Can also mean “what a shame” or “what a pity” in some Arabic-speaking countries (Haraam).
Most of the time, this is said with a different sound.

Alcohol and pig are examples of haram foods,
as are halal foods that have been tainted in some way,
like eating meat that was killed in a way that isn’t halal.
In cases of adultery or abuse, not voting in general elections.

“Haram” was also used to talk about money that was made by lying or being bad.
For example, if you got money by tricking, lying to, or stealing from someone else, you broke the law.
Muslims are not allowed to make money from this kind of blasphemous behavior.
A Muslim is not someone who gets rich by taking other people’s money or lives off of it.

which means “lawful” in Islamic law, is the Opposite of Haram.

Halal meat, which refers to animal meat slaughtered in accordance with Islamic law
and in the name of God, is well-known even among non-Muslims.

Many Halal And Haram Foods

The Arabic word “haram” is not allowed in Islam (forbidden).
In religious books, like the Quran and the Sunnah, there are rules against doing haram things.
Even if the intention is good or the goal is noble, it is still forbidden, or haram.
Food restrictions are part of Islamic law so that people can better understand what God wants.

Muslims and what they eat Blood that is flowing is against Islamic law.
What can Muslims eat and what should they stay away from? Haram meats,
such as those from a pig, dog, cat, monkey, or any other haram animal,
are only okay to eat in emergencies, like when a person is starving and needs the meat to stay alive.
But if there is plenty of food in his community, this meat is not seen as necessary or legal.

Khamr, sometimes known as alcoholic beverages, is prohibited in Islam.
Even with non-Muslims, the Prophet forbade trading, exporting, importing,
and gifting of alcoholic beverages and other drugs.
Muslims are barred from running or owning businesses that serve alcoholic beverages.
In addition to alcohol, this group also includes drugs including tobacco, paan, dokha, and khat.
Alcohol is forbidden for Muslims in some countries.
This includes heroin, cocaine, and even recreational marijuana.

As with alcohol, gelatine, nutmeg, asafoetida, and even vanilla extract are off-limits since
they contain alcoholic beverages or pig byproducts (gelatine).
You can’t eat many sweets if you have this because they often contain nutmeg, vanilla essence, and gelatin.

Anything made with a human bodily part is forbidden, or haram.
However, all commercial biscuits include L-Cysteine,
a byproduct of human hair that melts at room temperature.
Most of the world’s supply also comes from the Hindu temple of Tirupati,
where it is offered to the Hindu deity.