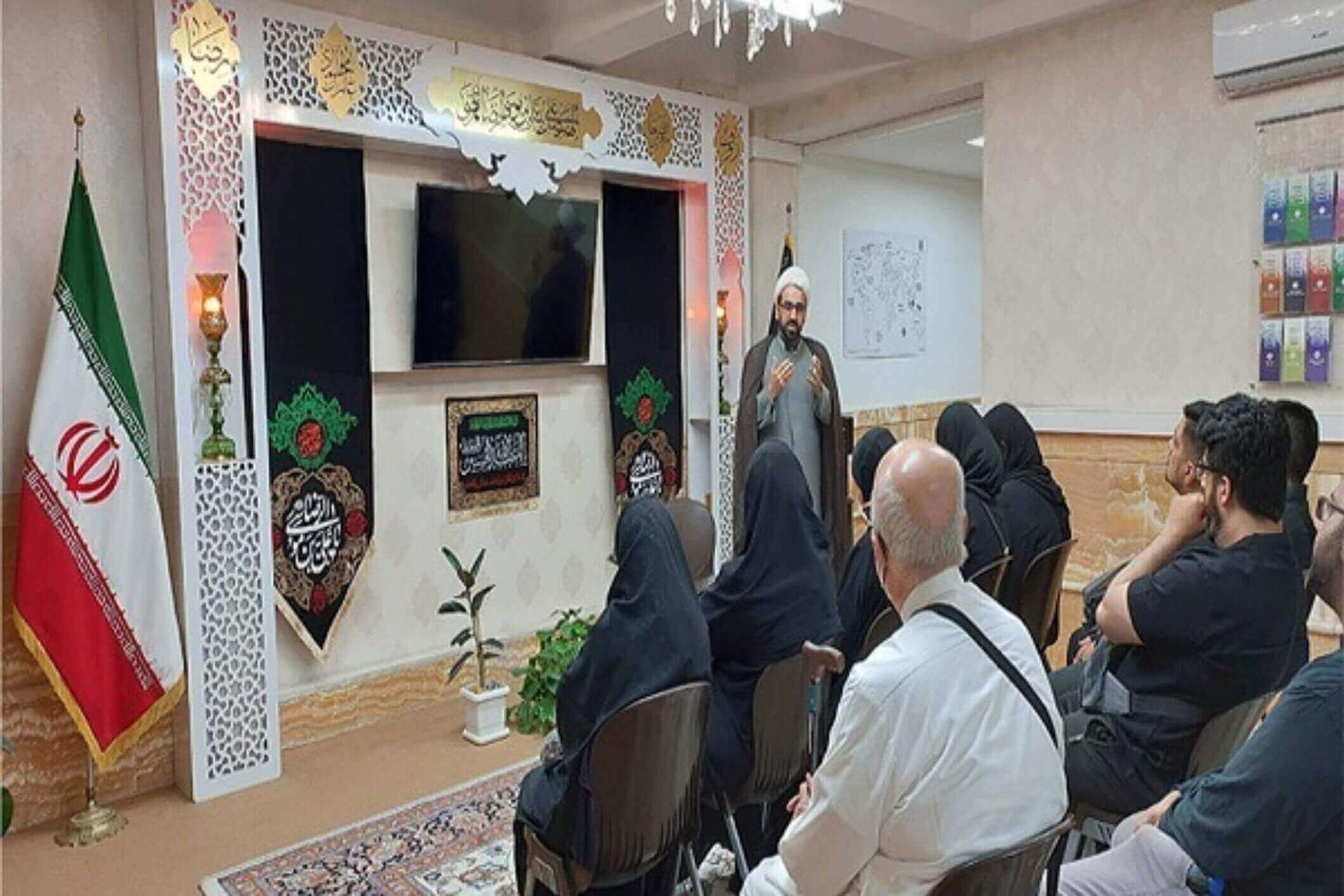 US Muslims Visit Imam Reza: In northeast Iran’s Mashhad,
a group of pilgrims from the United States
paid a visit to Imam Reza’s (AS) sacred place.

The Imam Reza shrine’s Office for Foreign Pilgrims’
Affairs provided particular cultural assistance to a group
members who were originally from Tanzania, Yemen, Canada, and Pakistan.

On the second day of their stay in Mashhad,
they had the chance to participate in the department
of tourists and religions of the office.

The 11-person group visited the department where they
viewed a movie on the Imam Reza shrine and got unique cultural gifts.

Additionally, the group had an emotional encounter with Hoj,
the department’s resident religion specialist Mohammed Mousavi.
The meeting was conducted in an engaging and dialogue-based manner,
and American Muslims had the chance to ask questions
in English about a variety of topics.

Almost everyone in the group said that the services provided by the
Imam Reza shrine’s Office for Foreign Pilgrims’ Affairs was “great and perfect”
as they left their meeting at the department of tourists and religions.

Before leaving Mashhad on Thursday to join the Arbaeen march in Iraq,
this group will visit the libraries and museums at the Imam Reza shrine.