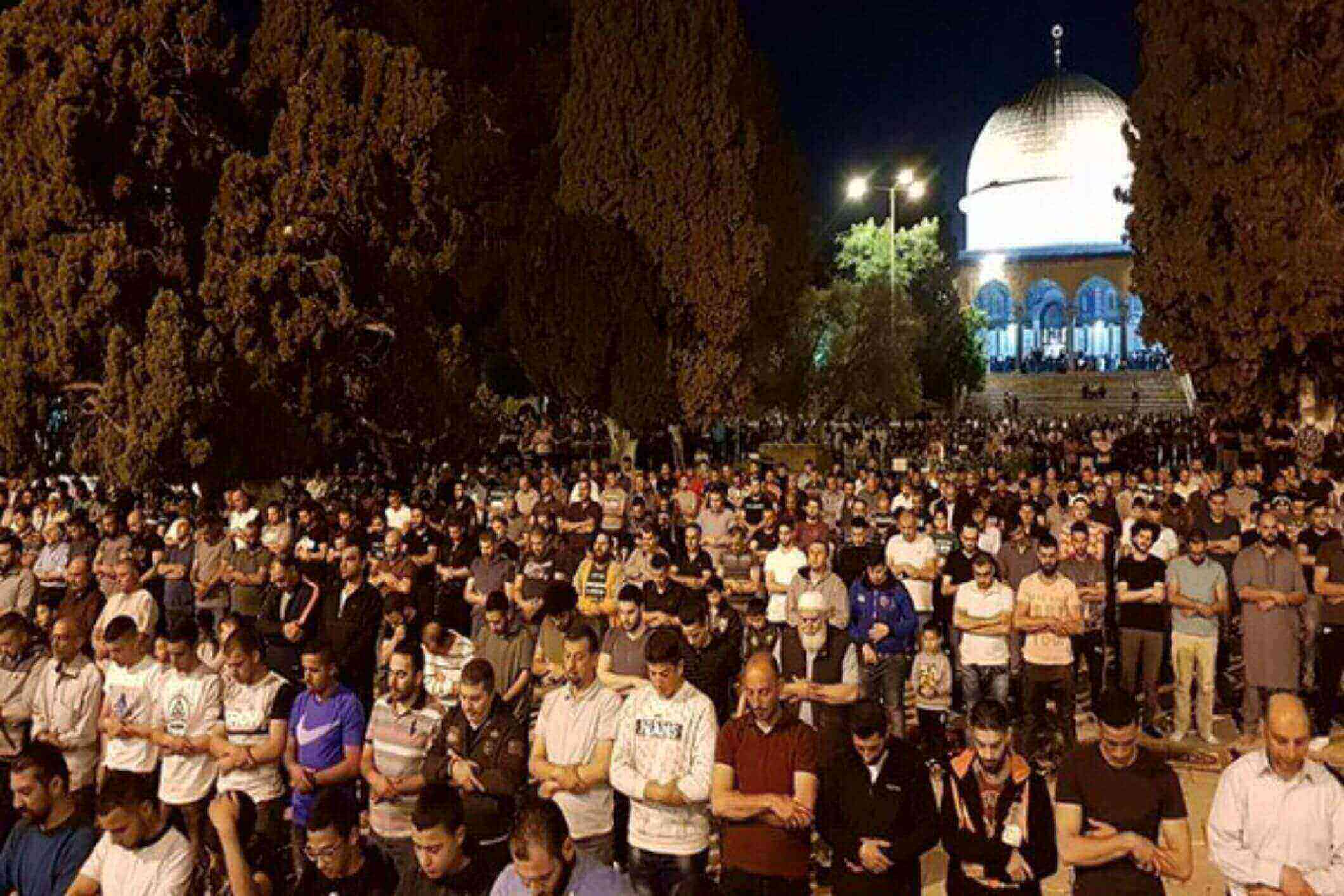 Thousands Of Palestinians Pray Fajr: When it’s time for Fajr, the morning prayer,
people go to Al-Quds. People come from all over Palestine to pray at the Al-Aqsa Mosque.

According to the AL-Ray website, the Fajr prayers took place this morning
at a variety of locations across the holy site.
These locations were chosen because the
worshippers originated from various regions of Palestine.

This is part of a campaign started by Palestinians.
Sound of Great Fajr to oppose the measures that the
The Israeli government is doing to Muslim holy sites in Al-Quds.
as well as other parts of Palestine.

When it’s time for Fajr, the morning prayer, people go to Al-Quds.
People come from all over Palestine to pray at the Al-Aqsa Mosque.

Over the course of the last few months, Israeli regime forces and
Zionist settlers have been breaking the norms of the
Al-Aqsa Mosque more and more frequently.

The Al-Aqsa Mosque compound in the city is held by
Israel is frequently invaded by extremist Israeli officials and settlers.
This infuriates Palestinians and serves as a catalyst for further conflict.

The majority of the time, these extensive break-ins by settlers are commanded by temple
groups based in Tel Aviv and run by the Israeli police in al-Quds.

Additionally, the structure of the Al-Aqsa Mosque has been compromised
as a direct result of unlawful excavations conducted by Israel there.

Israel took control of East Jerusalem, also known as al-Quds,
during the Six-Day War in 1967.
This is the area in which the Al-Aqsa Mosque is located.
This action was never acknowledged by the remaining nations of the world.

Also like: Grand Mufti of Al-Quds, Attacking Islamic sanctities is an Offense