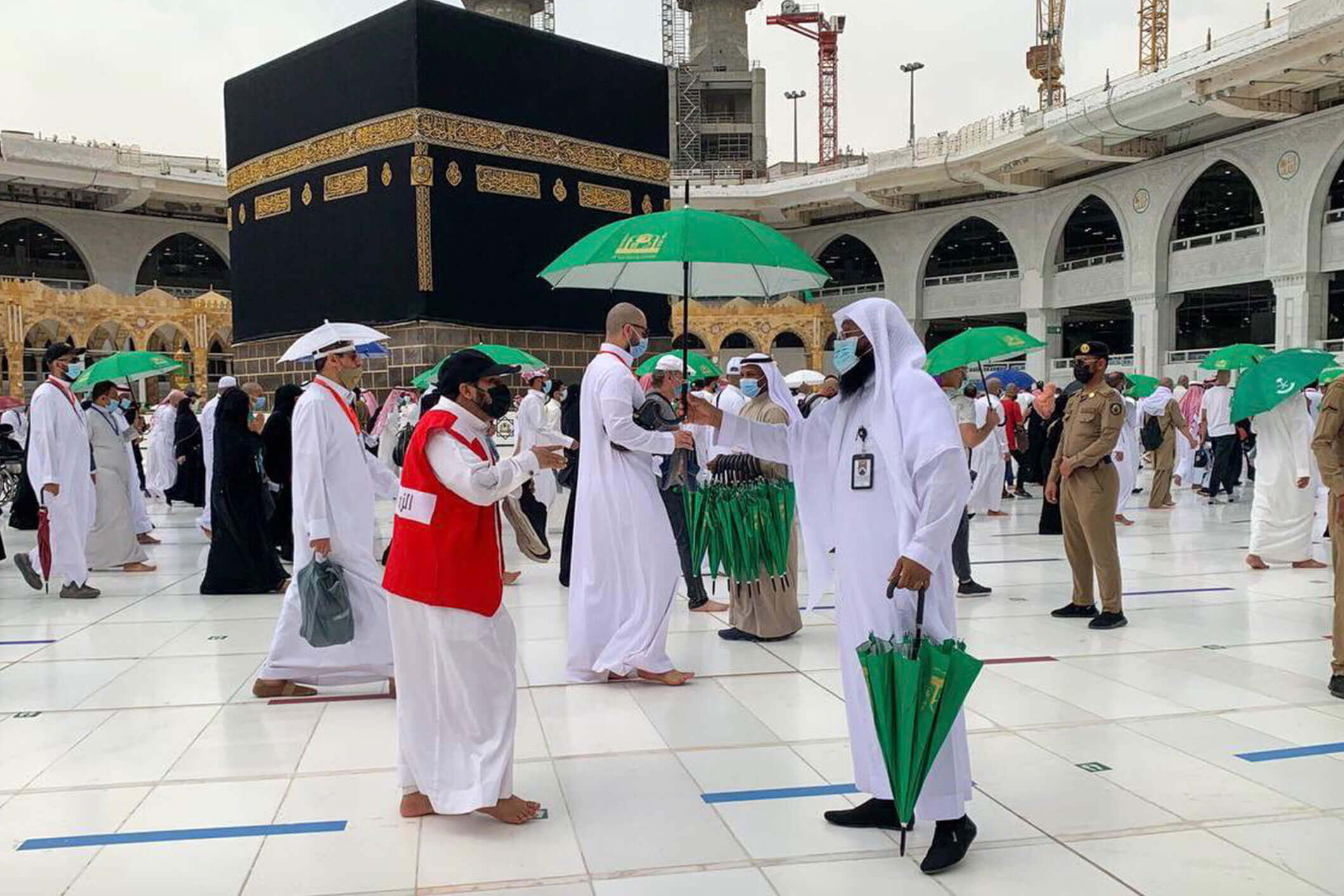 Pilgrims in Makkah who were hiding from the rain on Tuesday

gave umbrellas to people at the Grand Mosque.

Khaled bin Fahd Al-Shalwi, the assistant to the general president

of the social, voluntary, and humanitarian services agency,

of services that are meant to help visitors perform their rituals.

Abdulrahman Al-Sudais, who is the President of the Affairs of

the Two Holy Mosques is in charge of the programs and services.

people to perform their rituals, he said.