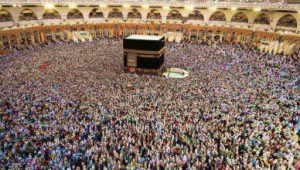 and how hard it worked to make sure they could do the pilgrimage this year in comfort and safety.

that the Kingdom is committed to giving pilgrims the best services and facilities possible.

Prince Salman said that this is clear from the fact that the annual Hajj pilgrimage keeps going well.

Since the COVID-19 pandemic started,

this year’s Hajj was the first time Muslims from outside the Kingdom could take part.

You May Also Like: Pilgrims Applaud Saudi Arabia’s Efforts In The Hajj