Tahajjud Prayer And Its Benefits Significance 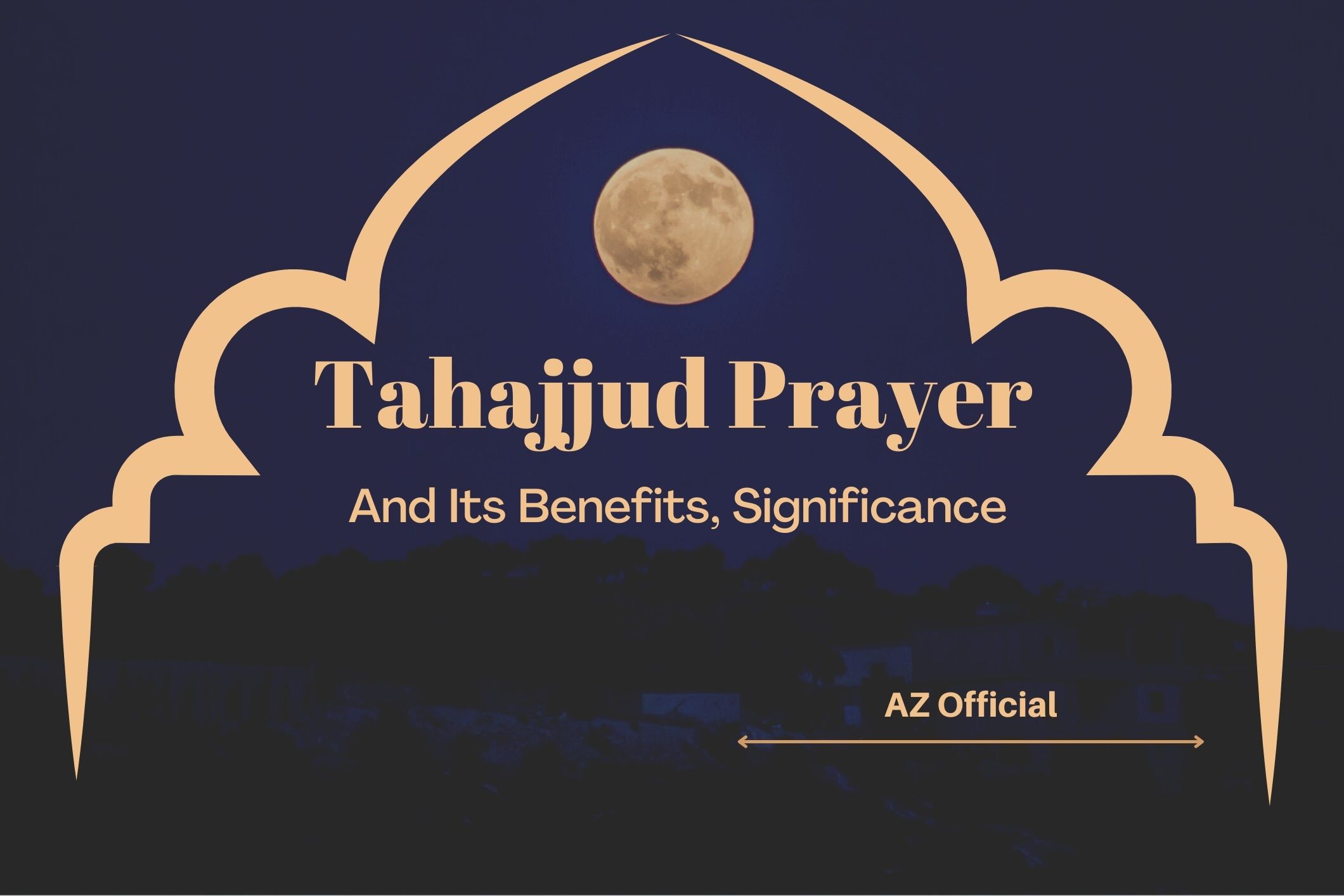 Tahajjud Prayer And Its Benefits Significance: Tahajjud is a voluntary prayer or nafl.
It is a night prayer that is said to get peace of mind and mental strength.
It is also known to stop people from doing wrong.
One of Islam’s Five Pillars is prayer, which is called salat.

Three things are Fard for me but Sunnah for you,
as the Respected and Honorable Rasool SAW once put it.
“means offering Salah during the night” is one of them.
Reference: (Al-Mu’jam-ul-Awsat, vol. 2, p. 274, Hadees 3266)

Tahajjud Prayer And Its Benefits Significance

There are four main kinds of salat:

Fardh Salat: is the most important prayer in Islam. It must be done,
and not doing it is a big sin.
Wajib Salat: It is required, and if you don’t do it,
it is seen as a very bad thing.
Sunnah Salat: This is the way Prophet Muhammad (PBUH) used to pray,
and it is split into two groups: Muakkadah and Ghair Muakkadah.
The first one should be done regularly, and not doing it is seen as a sin.
But missing the second one, which Prophet Muhammad (PBUH) is said to have done sometimes,
is not considered a crime.

Nafl: is the last of the four main types of prayer.
but most people do it to get an extra reward.
It is not a sin to forget to say this prayer.

The Tahajjud, which is also called Qiyam-u-lail,
is in the fourth group of prayers, called Nafl.
This means that it is optional and not a sin to miss it.
Salah is usually said after Isha,
which is the required prayer for the night,
and before Fajr (the mandatory morning prayer). Giving up sleep is what tahajjud means,
which is why this prayer is best done in the last third of the night.
Islam says that during this time of the night,
Allah comes down to the lowest heaven to see who is worshipping God with all their heart
and getting out of bed to do so.

The Tahajjud salah, which is also called the “night prayer,” is not required.
on the other hand, has a lot of meaning and brings a lot of good things.
The Qiyam-u-lail prayer is thought to be the best of the Nafl prayers.
It is part of the Sunnah of Prophet Muhammad (PBUH).

“And from a piece of the night, pray with it as extra worship for you;
your Lord will raise you to a Praised station.” (Quran, 17:79)

“And those who spend the night kneeling before their Lord and then getting up.” (Quran, 25:64)

“Every night, when one-third of the night is left,
the Lord goes down to the lowest heaven and asks,
“Anyone will call on Me so I can answer him?”
Who’ll ask Me for something I can give? Who will ask for My forgiveness
so that I can forgive him?'” (Bukhari Muslim)

If the Forgiving and Merciful Prophet calls a person who prays Salah, that person must be there.
Salah won’t be thrown out. (Zurqaani ‘alal Mawahib, vol. 7, pp. 318)

O believers, Allah Says! Suddenly appear when Allah and His Messenger call you
when the Messenger calls you to something
that will give you life (faith, Quran, Jihad, or martyrdom).
(Kanz-ul-Iman is a translation of the Quran) (Part 9, Surah Al-Anfaal, Ayah 24)

prayer is said in the last third of the night,
right before the Fajr prayer starts.
This prayer is said when angels come down from heaven at Allah’s order
to listen to all of Allah’s servants’ duas. During this time,
Allah forgives sinners who have tried to make up for their mistakes.

A Salah-offering person addresses the Beloved Prophet SAW with these words
during saying Tashahhud:

Here are some of its advantages as well as related Hadiths

“Be careful when you pray at night because that’s what the good people who came before you did.
It is a means of drawing closer to Allah Ta’ala, an expiation for past misdeeds,
and protection from future sins. (Tirmidhi)

“The servants of Allah, the Most Merciful, are those who walk easily on the earth.
When the ignorant speak to them harshly, they say [words of] peace
and spend part of the night on their knees and on their feet praying to their Lord.” (Quran 25:63-64)

Even if a Muslim doesn’t pray for hours, he or she will still be blessed in practical
and spiritual ways, according to the Prophet (PBUH). This goes on every night.”