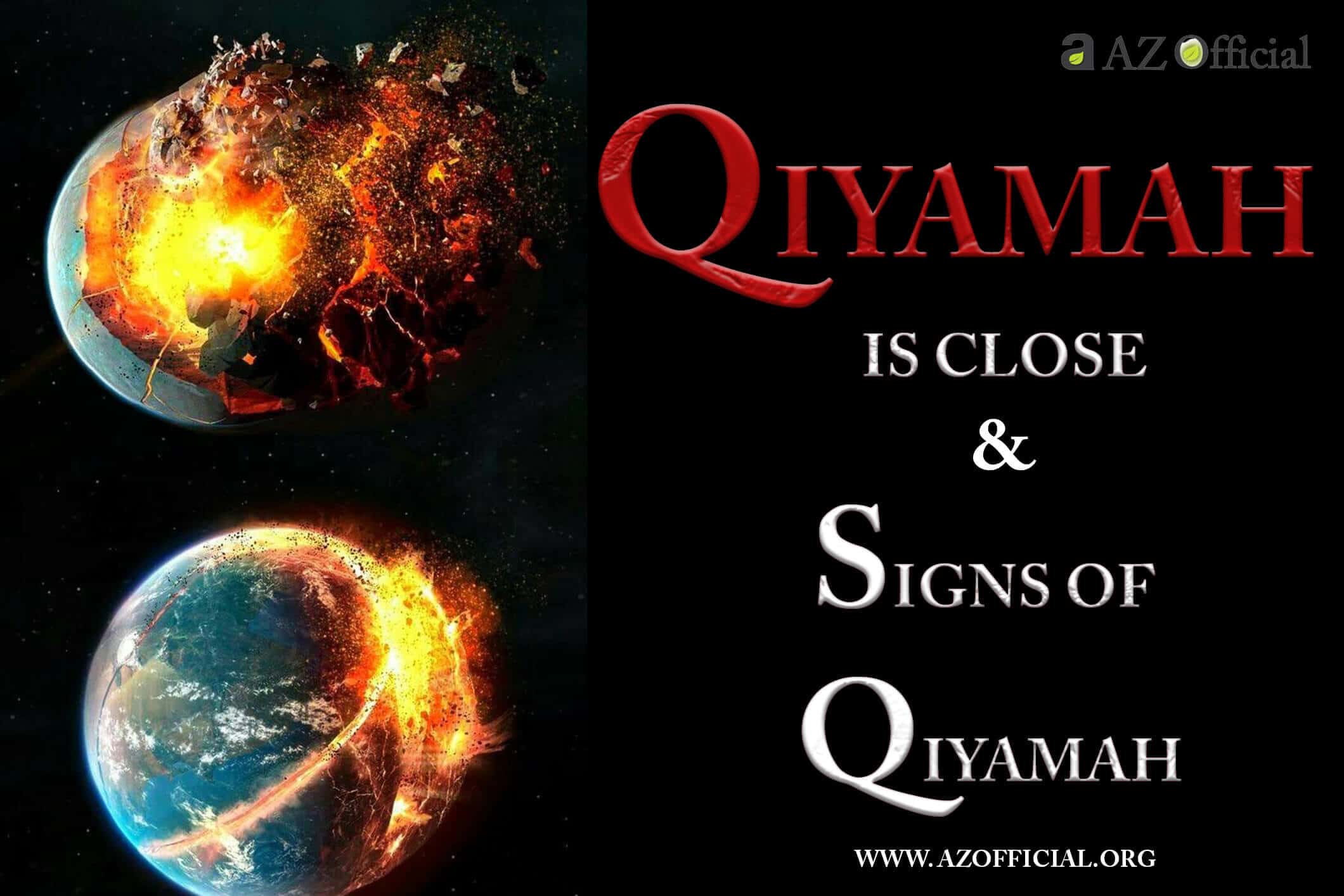 Qiyamah is near, as we have been hearing since we were born.
The Holy Prophet, may Allah bless and grant him peace, pointed to his two fingers and said, “Qiyamah and I are like two fingers.”

Our middle and ring fingers are right next to each other, and they are a little bit shorter than the others.

So these two fingers pointed in its direction, signaling the impending end of the world. How close is it, though?

What are the most important signs of the Qiyamah?
The characters help us to comprehend that the end of the world is approaching.
We are writing this article about these issues

Qiyamah Is Close What is The Meaning?

The literal meaning of the word “Qiyamah” is that it will happen when people on earth have disobeyed God the most.

Nobody in the entire world will be left who can recall the name of Allah.
People will engage in immoral behavior, fornication, drinking, etc.

Everyone will become disbelievers.
Then the Qiyamah will occur, this universe will disintegrate, and everything will change.
t is known as iqamah.

In different verses of the Holy Quran, Qiyamat is talked about.
When will doomsday? How would that be? How fragile will the world be when the end of the world comes?

In the Holy Quran, he is described in great detail.
For instance, Allah Ta’ala declares in one verse that the moon has split and the Hour is drawing closer.

It is noted that the beloved Prophet Muhammad Mustafa, may Allah bless him and grant him peace, divided the moon in half once when he was alive.

It is viewed as a sign that it the doomsday.
The Holy Quran mentions this incident and states that Qiyamah is close by.

There are two categories of signs of doomsday.
The first is the tiny symbol. The other is a big sign.

You May Also Like: Why Do We Scare About Death?