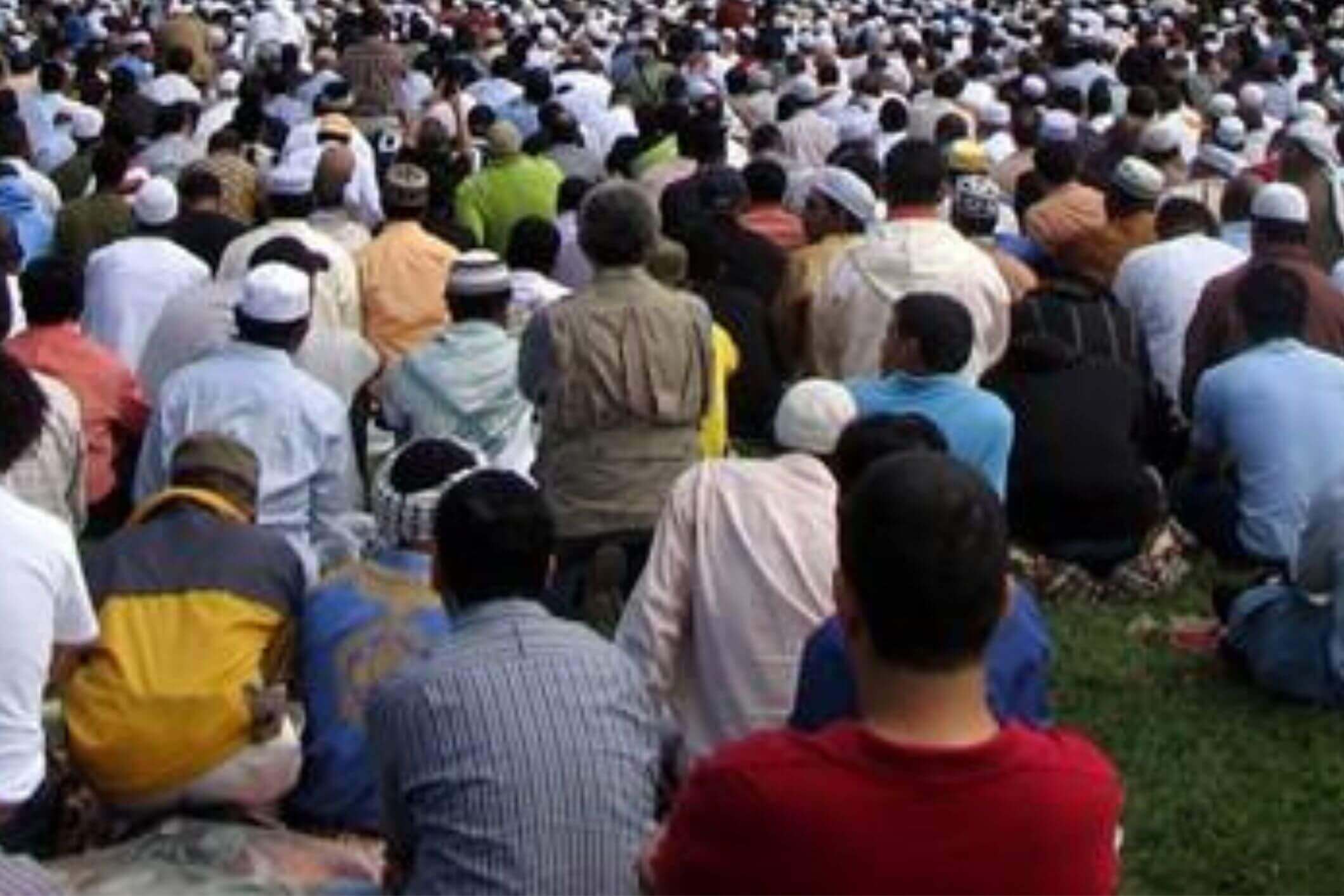 Police Are Charging 26 Individuals In UP source by: twitter.com

A police case has been filed against 26 Muslims in the Moradabad district of Uttar Pradesh’s
Dulhepur village for holding a “mass gathering to offer namaz” at a house “without permission.”
The community lacks a mosque, and some people have opposed namaz meetings,
even if they take place within private residences.

The police alleged “objections from neighbors” and charged
the namaz under Section 505-2 of the Indian Penal Code,
which, in legal terms, pertains to disruptive utterances made in a religious gathering.
“By reading the namaz in public, these individuals are spreading hatred and enmity,
” reads the FIR filed on August 24 in response to a complaint from a local resident, Chandra Pal Singh.
Seventeen of the individuals have been recognized,
while ten remain unidentified; all ten are reportedly locals.

Visuals of people praying “in great numbers” on the property of the house have gone viral.

There are heated responses on social media charging partiality and illogic.
“I’m confident that if one of the neighbors held a hawan with 26 guests, it would be absolutely okay.
It is not the “mass gathering” that is problematic; it is the namaz
“Former prime minister of Jammu and Kashmir Omar Abdullah tweeted.

Police Are Charging 26 Individuals In UP

However, authorities are currently seeking to arrest the suspect.
Sandeep Kumar Meena, the head of the district’s police force,
stated that people who attended the gathering are being sought.

People who disagree with namaz have made
headlines in several locations during the past few months.
Locals in Gurgaon, sponsored by right-wing organizations,
protested vehemently against namaz
performed by groups of area manufacturing workers a few months ago.
The namaz was once performed in open areas approved by the local administration,
but this practice was discontinued due to traffic congestion and law and order concerns.
In response, Hindu prayers were subsequently offered at some of the sites.

Recently, the namaz performed by mall employees in Bhopal prompted
some Bajrang Dal members to protest by reciting the Hanuman Chalisa.
A similar occurrence occurred in a mall in Lucknow a few weeks ago.
Eventually, both malls prohibited all religious activities.