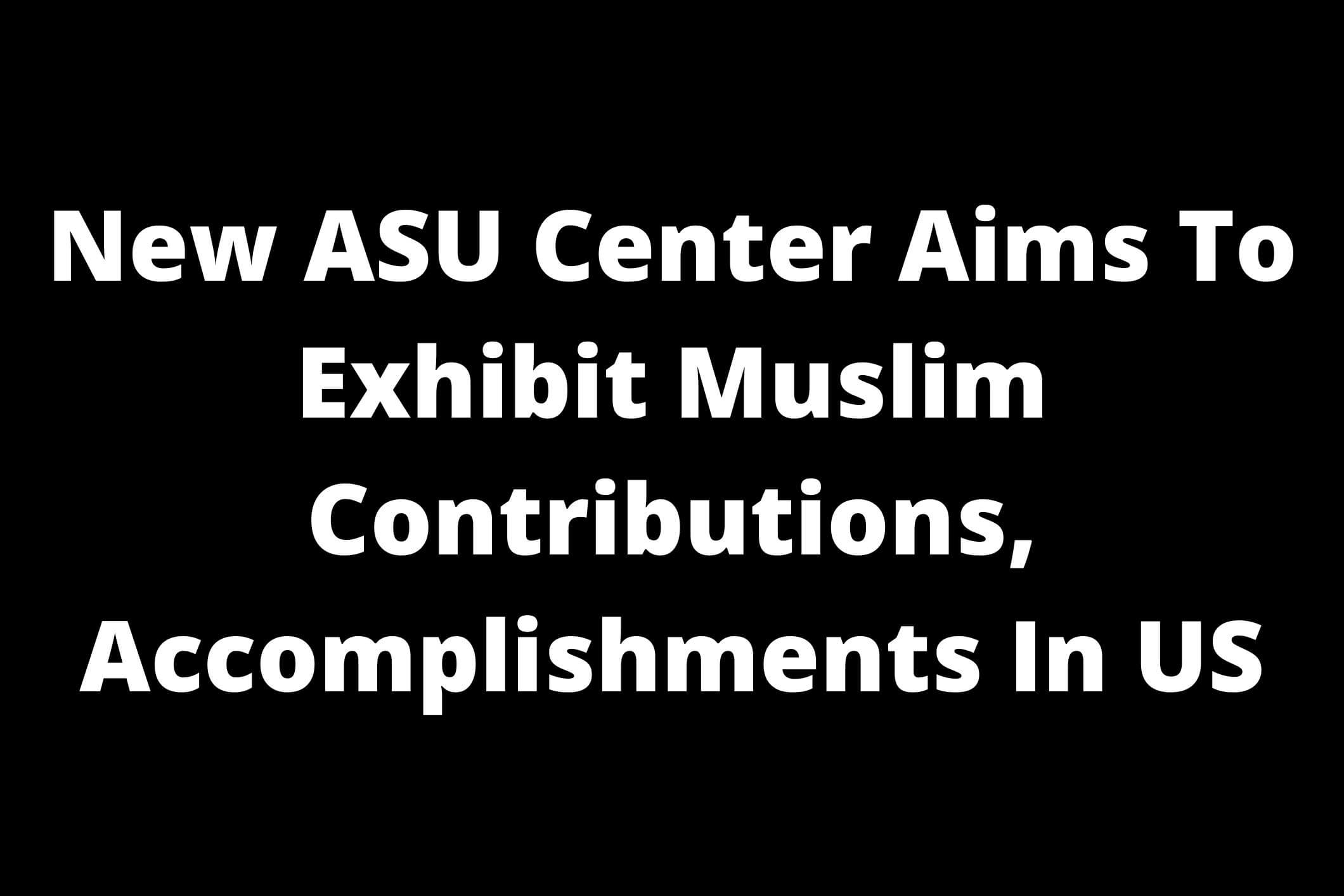 The establishment of Arizona State University’s Center of Muslim Experience in the United States (CME-US)
is a groundbreaking step toward shedding light on the understudied history of Muslims in the United States
and expanding public knowledge of the many positive contributions they have made to American society and culture.

Taking a student-first approach, CME-US will help Muslim students feel more at
home at ASU and forge collaborations with Muslim groups around the country that will benefit both.
The center is a part of the humanities department of the College of Liberal Arts and Sciences
and will be located in the School of Historical, Philosophical, and Religious Studies.

According to Chad Haines, associate professor of religious studies at the School of Historical,
Philosophical, and Religious Studies and co-director of CME-US, “in creating the vision of CME-US,
we were inspired by ASU’s mission of being measured not by whom we exclude,
but rather by whom we include and how they succeed” and by ASU’s commitment to research defined by public value.

“These ideals connect with Islamic ethics of inclusiveness and working for the
social good that is visible in Muslim American communities and their experiences,
” the statement reads, “giving CME-US a unique chance to bridge various worlds and further ASU’s purpose.”

Haines and Yasmin Saikia, professor of history at the School of Historical, Philosophical,
and Religious Studies and the Hardt-Nickachos Chair in Peace Studies at the Center for the Study of Religion and Conflict,
will spend the first three years working together to create a faculty- and student-led academic project
and write a report titled “Global Phoenix and Muslim Lives and Contributions.
” This research project will chronicle the long history of Muslims in the Valley,
their numerous cultural practices, and their many contributions to creating Phoenix a truly international metropolis.

In addition, a “Connections” seminar will be held, where professors, post-graduates,
and journalists will collaborate on re-framing the narrative of Muslims in the media.
After all of this is finished, there will be a computerized virtual museum
dedicated to the history of Muslims in the United States.

Dean of the humanities Jeffrey Cohen argues, “The Muslim contribution to the world
history and culture would be impossible to overestimate,” and that the
Muslim experience in the United States has served to define the nation.
More than 8,000 instructors, staff, and students at Arizona State University identify as Muslims.

They should be given the chance to have their history and cultures heard and celebrated.
CME-US, led by Drs. Haines and Saikia, “will change the narrative, locally and nationally,
to guarantee that the Muslim experience in the United States receives the attention that it deserves.”

Through events and performances, the CME-US will also showcase the uniqueness
and originality of Muslim Americans and their impact on U.S. culture.
There will be poetry readings, musical performances, curated displays on Muslim life,
and public talks by Muslim comedians, actors, and authors.

In addition to their forthcoming work, “On Othering,” Haines and Saikia have coedited
“Women and Peace in the Islamic World” and “People’s Peace.”
As opposed to the “Band-Aid” solutions of conflict management by multinational organizations,
which dominate the subject of peace studies, our works focus on sustainable
peace formed by everyday lived ethics between individuals.
When asked why they choose to concentrate on improving ties between
Muslims and the general American public, Saikia replies,
“because they are the most misunderstood community in the United States.”

Saikia, who was born a Muslim but later became an American citizen,
has said that “Muslim women are at the center of the numerous misconceptions of Islam.
” We need to talk about this and change the distorted perception so that more people
may see the many positive ways in which Muslim women in the United States are already making an impact.

The center’s mission is to educate and improve the study of ASU teachers and graduate students in American
Muslim women through the creation of seminars, public talks, and community outreach to schools and local organizations.

Saikia and Haines are excited for the future because they will be able to utilize the resources of ASU,
the backing of the ASU administration, and the energy and growth of the local Muslim community in Arizona.

They claim they want to prove that Muslims’ life experiences can help make the USA a better, more diverse place.