Muslim Wrestler Disqualified From Pan-American Championships Due To Uniform 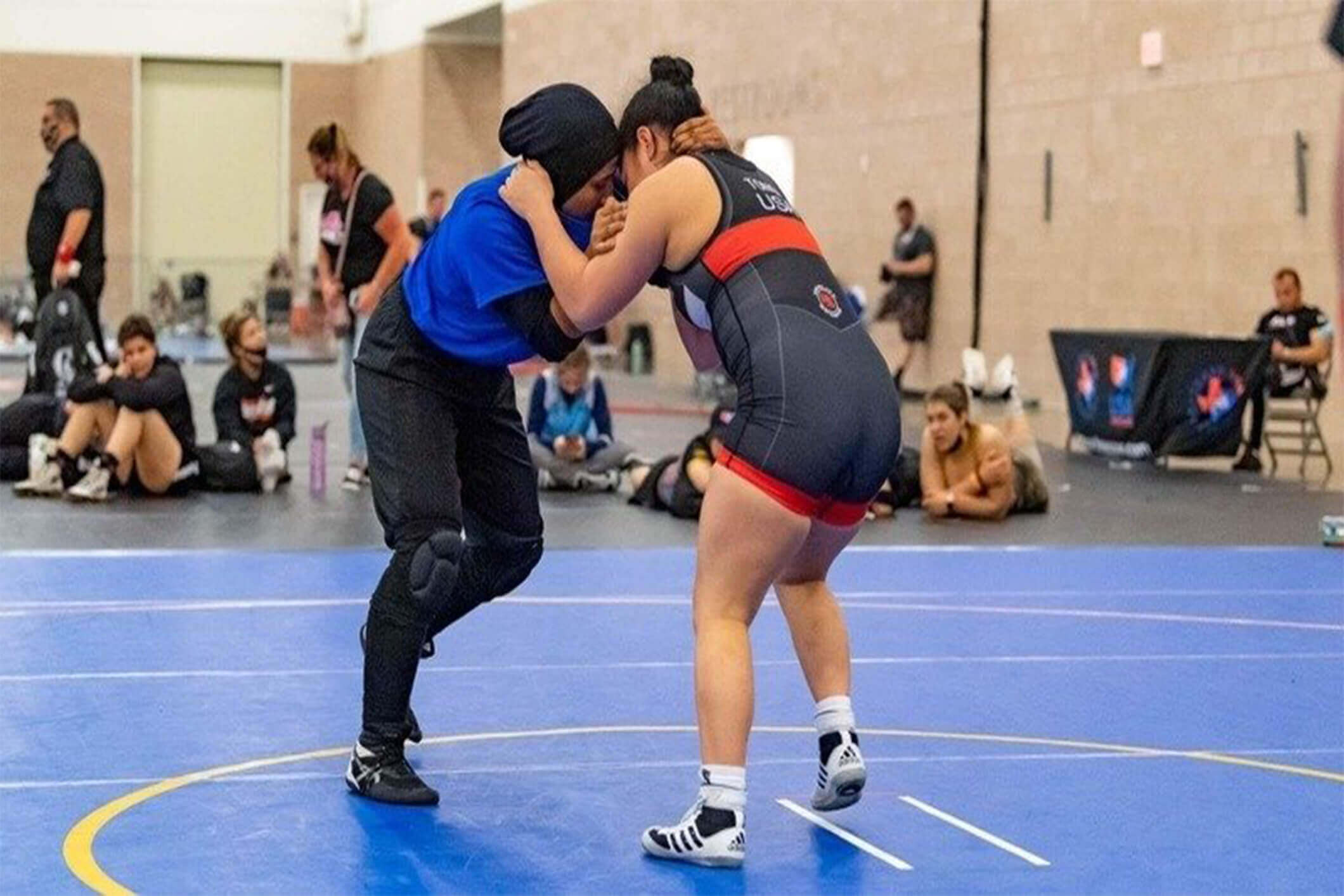 Latifah McBryde was over the moon when she got to represent the US at the Pan-American
Women’s Wrestling Championships in Mexico. This was her dream come true.
But her happiness didn’t last long. Later, the international body in charge of wrestling
said she could only compete if she wore the form-fitting singlet, which shows arms, legs,
and hair and goes against the Muslim women wearing hijab, a religious head covering.
McBryde said, “My goals are based on my faith.” The Buffalo News said,
“I’ve built my life around my religion, so it’s not something I’m willing to give up.”

McBryde, who is 17 years old, wants to represent the US at the Olympics. For years,
he has wrestled well while wearing sweatpants, a baggy T-shirt, and a head cover that looks like a hood.
She made the US team by coming in second at the national women’s championship in Texas last May.
Nearly 12,000 people have signed an online petition in support of McBryde and to ask the United World
Wrestling (UWW) to change its mind. They support her right to compete in a way that fits with her faith.

Secretary General of UWW Carlos Roy stated that McBryde’s request was the first of its sort,
despite the fact that “many Muslim women already compete in our competitions.
“According to him, McBryde’s proposed uniform should be “tried in real settings
” during “lower-level tournaments, but not at a continental championship.
” Additionally, he suggested that other wrestlers be questioned Perhaps
differing attire “might affect how they plan and execute their approaches.”

Ahmed M. Mohamed, an attorney with the Council on American-Islamic Relations,
said that shouldn’t be the case, since the UWW’s stated goal is to fight against any kind of religious discrimination.
“She’s believed that since the first time she competed,” he said.
“Muslims have different ideas about what their faith requires, just like people of other faiths. We have Muslim women who wear hijab, for example (a headscarf). Some Muslim women in our country don’t wear hijab. Neither of them is any less Muslim because of this.”McBryde is not the first Muslim athlete to be treated unfairly because of the clothes she wears.

In October 2019, a Muslim high school student from Ohio named Noor Abukarum
was kicked out of a cross-country race because she wore a hijab. Later, she worked
with Ohio Senator Theresa Gavarone to write Ohio state SB 288, which says that schools
and interscholastic groups can’t make rules that make it harder to wear religious clothing.
On June 24, 2020, everyone agreed. How Muslims feel about sports is often affected by their religion, culture, and race.

In general, Islam encourages people to be healthy and fit,
and both men and women are told to do physical activities to stay healthy. Muslim Wrestler Disqualified