Istikhara Dua – How To Pray Istikhara 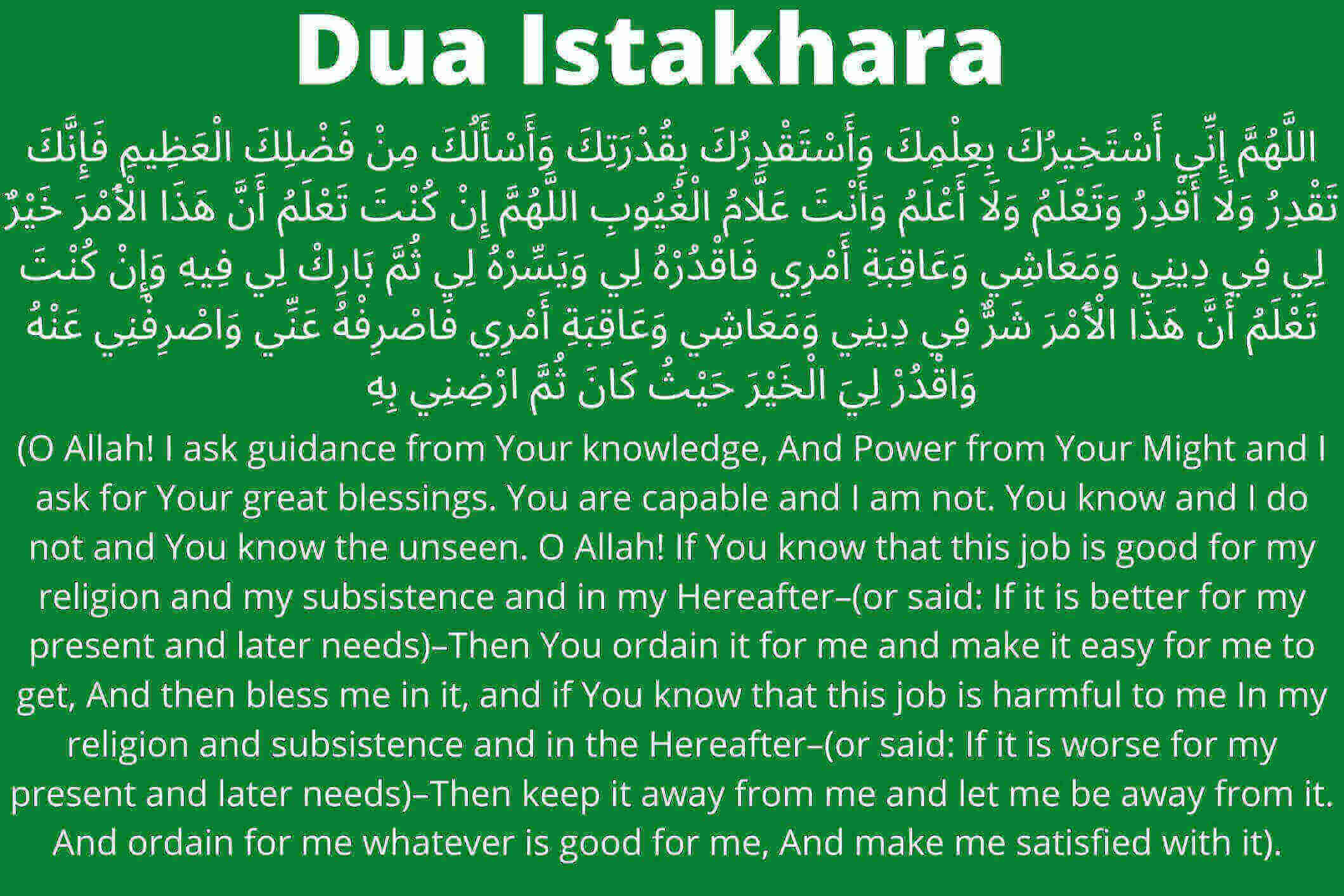 When someone wants to do something important, they do isitikhara before they do it.

When someone does, it’s as if they’re asking Allah Almighty,

“O the Knower of the Unseen (Praise be to Him), tell me if this task is good for me or not.”

“The Prophet (Sallal Laho Alaihi Wasallam) taught us how to do Isitikhara,

just like he taught us the Suras of the Quran,

How To Pray Istikhara With Dua

Sometimes the answer can be obtained in a single attempt, while other times it may take longer.

Stop performing isitikhara if you have received a response as described below.

You do not have to continue to practice isitkhara for 7 days.

After saying the above-mentioned prayer,

(facing the Qibla is not required but it is a Sunnat of our beloved Prophet Peace Be Upon Him).

Peace be upon him before and after reciting the preceding Dua (supplication).

If in the dream one sees whiteness

then this task is preferable, whereas if one sees redness

or blackness (anything black in color, such as

Follow your heart if you cannot recall any dreams or see any colors.

After seven days, pursuing whatever intention towards your targeted work develops stronger in your heart.