Is Travel A Sunnah 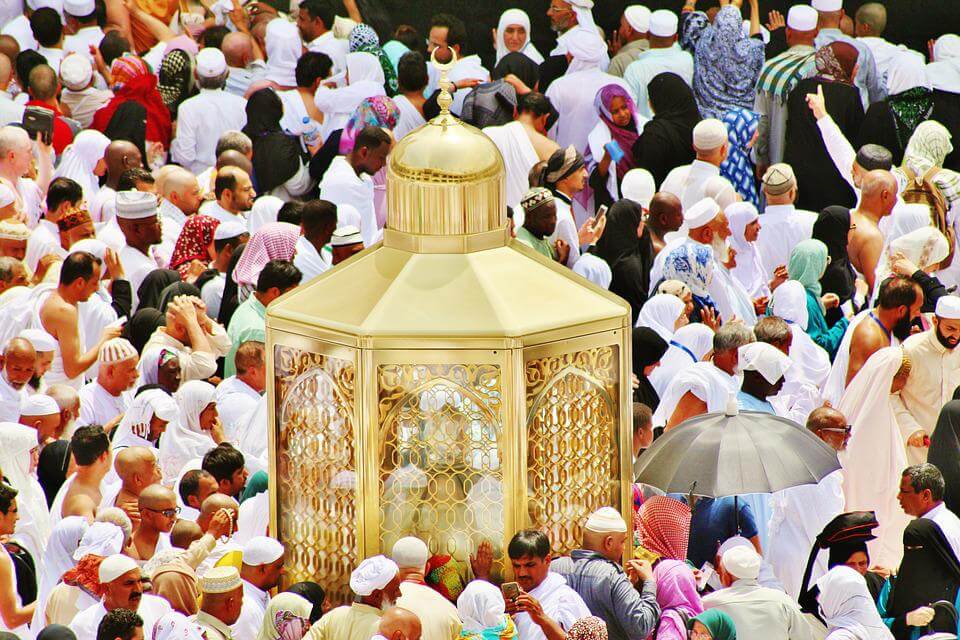 Sunnah According to the Prophet Muhammad, travelling is
a way to enhance one’s health (Kanzul Ummal – 2:196).
The Prophet Muhammad might have begun his journey on any day,
but he chose Thursdays. The Koran (2:197)

The Prophet Muhammad preferred to begin his
journey after Fajr Salah before the Ishraaq period,
which starts minutes after sunrise.

Leaving before Zawaal (midday) is acceptable because,
according to the Prophet Muhammad, one may travel
on the day of Jumu’ah as long as the hour of Jumu’ah
Salah does not begin (Kanzul Ummal 2:200). Sunnah

The Prophet Muhammad Said That One Should Look For

Prior to the home, there is the neighbour; before the trip,
there is the travel partner, and after making financial
arrangements, the journey can start (Ithaf 2:203)
For the journey, food supplies should be provided (Bukhari 2:206)

One should recite two to four rakats of
the Nafl Salah before setting out on a journey (Majma ‘uzZawaid 2:205).
Prophet Muhammad forbade solo travellers
from setting out on journeys (Ahmad 2:204)

The Prophet Muhammad (PBUH) recommended
choosing an Amir (leader) when a group of people
are travelling together so that decisions can be made
promptly after consultation between. Sunnah
the group members (Abu Dawad 2:211)
The individual selected to play Ameer should have
the qualities listed below; he should be:

Pious, well-educated (aalim), well-mannered
(of excellent character), kind, and more
focused on others’ needs than his own
to request du’as from someone about
to depart on a journey (Tirmidhi 2:211). Sunnah

When Travelling, Don’t Forget To Pack The Following Things

Miswak, a comb, a mirror, a scratching tool, and Surma (Baihaqi 2:212)
The Prophet Muhammad (PBUH) stated that reading the following
after enclosing it in a circle helps safeguard one’s belongings
while travelling: Rabbi Allahu Sharika Lahu Allah
is my Sustainer; there is no partner for Him. Sunnah

Superior to all other voluntary acts of worship excluding martyrdom;
the reward for sadaqah; reward for nafl fast (SK 2:224-225) NOTE:
The aforementioned reward is owed for any type of help,
such as carrying someone else’s belongings, cooking, cleaning, etc.
to say goodbye to loved ones and say hello to
new ones before travelling (Majma uz-Zawaid 2:238)

To guide the departing traveller as they make their way
a short distance, making dua for him (Hakim 2:232)
Travellers should perform zikr (remembrance of Allah) (Kanzul ‘Ummal 2:242).
Before starting a voyage, one should assemble with his family
and friends and they should do the following du’a for him:
Deena Wa Amaanata Wa Khawaatiima ‘Amalika As-taudi ‘ullah

I submit to Allah’s doctrine, your dependability,
and your result. Al-Dawud 2:266
The traveller should then provide the
following data in response: ‘Akumal-lethal-lathi,
as-Saudi. The La Tudii’u Wa Da’i ‘uhu: “I surrender
you to the Allah who never loses faith in you (SK 2:267)

Before Leaving On a Journey, The Following Dua Should Be Recited

Your role as my family’s guardian will eventually transition
to that of my travelling companion.
Dear Allah! I beg for your protection from
a difficult journey and an unpleasant arrival.
Dear Allah! Please make it easier for us to travel
by reducing the length of the earth. (SK 2:261)

Before boarding any kind of transportation,
say Bismillah, which is Arabic for “In the name of Allah” (SK 2:268)
He should sit and repeat Alhamdulillah, ”
All praise is due to Allah” (see SK 2:268).
Recite the following dua after that:
Inna Ila Rabbina Lamunqaliboon
SubhanAllah Wamaa Kunaa Lahu Muqrineen

Purity belongs to Allah, who, despite our inability to
control it, submitted this vehicle for us, and to
whom we will definitely return. (SK 2:269)

The Following Three Readings Should Each Be Taken Three Times

“All glory belongs to Allah,” insha’Allah.
Allahu Akbar There is Only One Deserving of Worship,
La Ilaha Illallaah, or “Allah is the Greatest”
The Istaghfar that follows should then be read:
Inni Zalamtu Nafsil Faghfirli Innahuu Laa
Yaghfirudh-dhunaba Illa Anta Subhanaka

“You have a right to innocence. Please excuse me,
I must be wrong. Sins may actually only be pardoned by You. 168 Muskat
Before ascending or attempting to reach any height,
one should say, Allahu Akbar, which is Arabic meaning “Allah is the greatest.”

When descending from any height, it is suggested to
utter the phrase “Subhanallah,” which translates as ”
Purity belongs to Allah.”
In the event of a slip-up or accident, you ought to say:
Bismillah in place of Allah (Abu Dawud 2:276-277)
Before getting on a ship, boat, canoe,
or another floating device, read this.

“Bismillahi Majriiha Wa Mur-sabha Inna,”
Rabbi Laghafurur-Rahim pronounced.
In the name of Allah, it is sailing and anchoring. Sunnah
Without a doubt, My Rabb is the Most Forgiving and the Most Merciful. (SK 2:276)

One should read this when stopping for fuel along the way:
Min Sharri Maa Khalaq Udhu Bikalimaatil-laahit-teammate
“I seek refuge in the lovely words of Allah from
the evil of that which Allah has made.”
Each of the following three times should be recited
by everyone entering a village, town, colony, etc.

Dear Allah! Bless us in this place (town, village, community, etc.)
After that, read the following dua:

Ahlihaa Wa Habbib Saalihi Allahummar-zuqna Janaaha Wa Habbibnaa Ilaa
Dear Allah! Bless us with its produce, foster love among its people,
and awaken in us a love for their holy people. Majmu’z-Zawdid 2:279
When one arrives at their location, they should read this:

In the name of Rabbi Anzilnee Munzalam Mubarakaw Wa Anta Khairul Munzileen
According to My Rab, you are the best person who brought me to this country
and enabled me to enter a lovely land. Sunnah

If you’ve just returned from a trip, you should read this:
It is customary to say “Abidunaa Saajidunaa Lirabbinaa Hamiduun.”
We are a collection of prostitutes, celebrants, and remorseful devotees of our Rabb.
You should think about your town, village, neighbourhood, etc. and say:

The name of the person is Allahummaj-‘al Lanaa Bihar
Qararaw Wa Rizqan Hasana.
O Allah, make a place for us to live in
and grant us pleasant rizq (sustenance).
(SK 2:277)

If Someone Pauses While Driving, They Should

recite two rakats of the Nafl Salah when they get going again.
The Prophet Muhammad is said to have said that the greatest
time to return home after a journey is in the
very early hours of the night (Abu Dawud 2:228)
The Prophet Muhammad (PBUH) suggested bringing gifts
to one’s family upon returning from a trip (SK, 2:231)

After returning from a trip, recite two rakats of the Nafl Salah (Bukhari 2:234)
When Prophet Muhammad returned after a journey,
he even greeted children (Mishkat 2:235)
You ought to show consideration and courtesy to other passengers.
while reciting the Fard (obligatory) Salah while travelling,
to cry out the Adhan and the Iqamah (Tirmidhi 2:217). Sunnah

The Prophet Muhammad would do the two
rakats following the Maghrib prayer and the
two rakats before the Fard of the Fajr prayer
wherever he was, including on the road (SK 2:219). Sunnah

Also Like: Is It Haram To Be A Tourist