Is Henna Halal In Islam 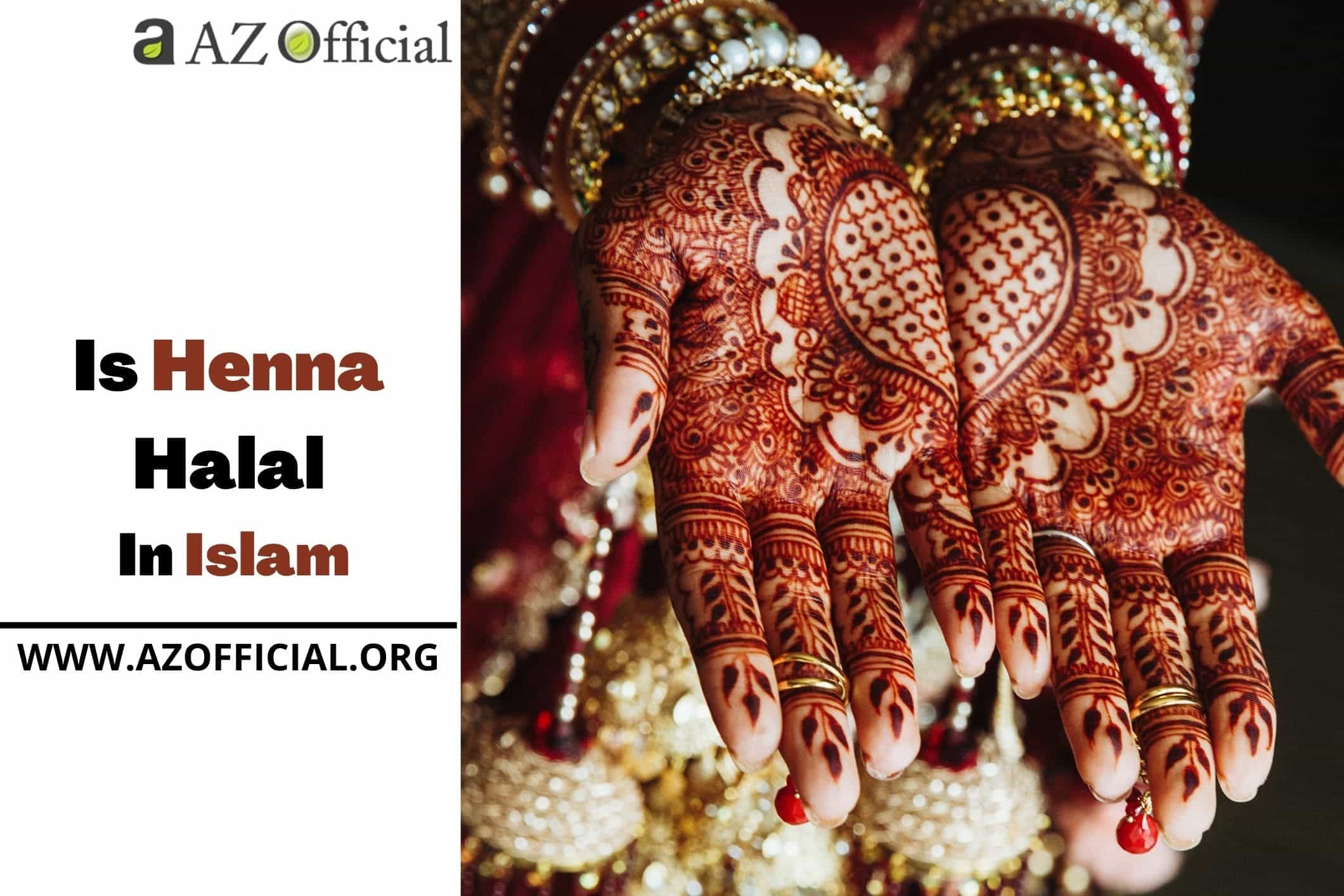 We all know what henna is, and as Eid gets closer,
Muslim women start shopping for it.
Most people think that henna is only used
to make people look pretty and decorate.
Throughout Islamic history, it has also been used as medicine,
which gives it a lot of meaning in that way.
Muslims have used henna for hundreds of years,
and the practice is still going strong today.

Henna application has been practiced since the time
of the Holy Prophet (PBUH), and the Prophet (PBUH)
mentioned it in several hadiths, underscoring its importance and value.

The plant Lawsonia Alba, which is processed
into henna powder,
has its origins in the Middle East but can now be found
cultivated in countries such as Pakistan,
India, Iran, and others.
As a dye, it has been applied to skin,
nails, and hair for centuries. According to the Islamic
Encyclopedia of Medicine, the ancient Egyptians even
used henna for the mummification process.

Henna has had some medical applications ever
since the time of the Prophet (PBUH).
In his time, the Prophet Muhammad (PBUH)
would often prescribe it for various illnesses.
Is Henna Halal In Islam

Black Henna Is It Halal?

Since the water cannot reach the skin’s surface and the base of the nail,
black and red henna—which isn’t henna because
it contains ink and other unnatural chemicals—is haram
(legally prohibited by Islamic law) for wudhu’ (ablution).

As an illustration, consider henna, bridal mehndi, kohl (eyeliner),
and other transient tattoos.
Before they are washed or fade away,
all of these only last for a day or a few weeks.
They are all therefore acceptable in Islam because
they are all temporary beautification methods.

Can Henna Be Applied While Fasting?

Since henna (Mehendi) does not affect Roza,
women can use it while fasting.
Using balm externally is
permitted while fasting.
Is Henna Halal In Islam

Can Henna Be Applied To Hands While Fasting?

Many sisters think that applying
henna while fasting is prohibited.
They are permitted to
use it during Ramadan,
so this is untrue. This is untrue because
the Prophet (peace be upon him)
used miswak during the Ramadan fast.

Is It Permissible To Use Henna To Dye Your Beard?

Men who practice Islam are free to color their beards and greying hair.
The only restriction is to refrain from dyeing with black.
Henna (Lawsonia inermis) and katam are some of
the materials suggested for the project (Buxus dioica).
Is Henna Halal In Islam

Is It Forbidden To Be a Henna Artist?

It is not viewed as a tattoo in Islam.
Henna can be used to dye
a woman’s hair, hands, or feet. To put it simply,
using it won’t hurt you.
Furthermore, it is legal under Islamic law as well.

When I Pray, Is It Okay To Use Black Henna?

And not for the reason you might think.
A black henna tattoo will ruin your nails and skin.
The potential for harm makes it unacceptable.

What Does Science Say About Henna’s Benefits?

2. it has a cooling effect on the body, which helps reduce fever.

5. Sleep Regulator – Henna oil treatment aids in the treatment of insomnia
as well as sleep disorders by reducing anxiety in the
body as well as the mind, calming nerve endings,
and leading to the relaxation of muscles.

As an antiperspirant, it seals the skin’s pores
and possesses antibacterial properties.

Increases hair density, stops hair loss, and
Revitalizing brittle hair is all benefit of this product.

Keeps blood pressure steady – the hypotensive effect of henna
water or seeds reduces the strain on the cardiovascular system,

which in turn lowers blood pressure and protects against
cardiovascular events like heart attacks and strokes.