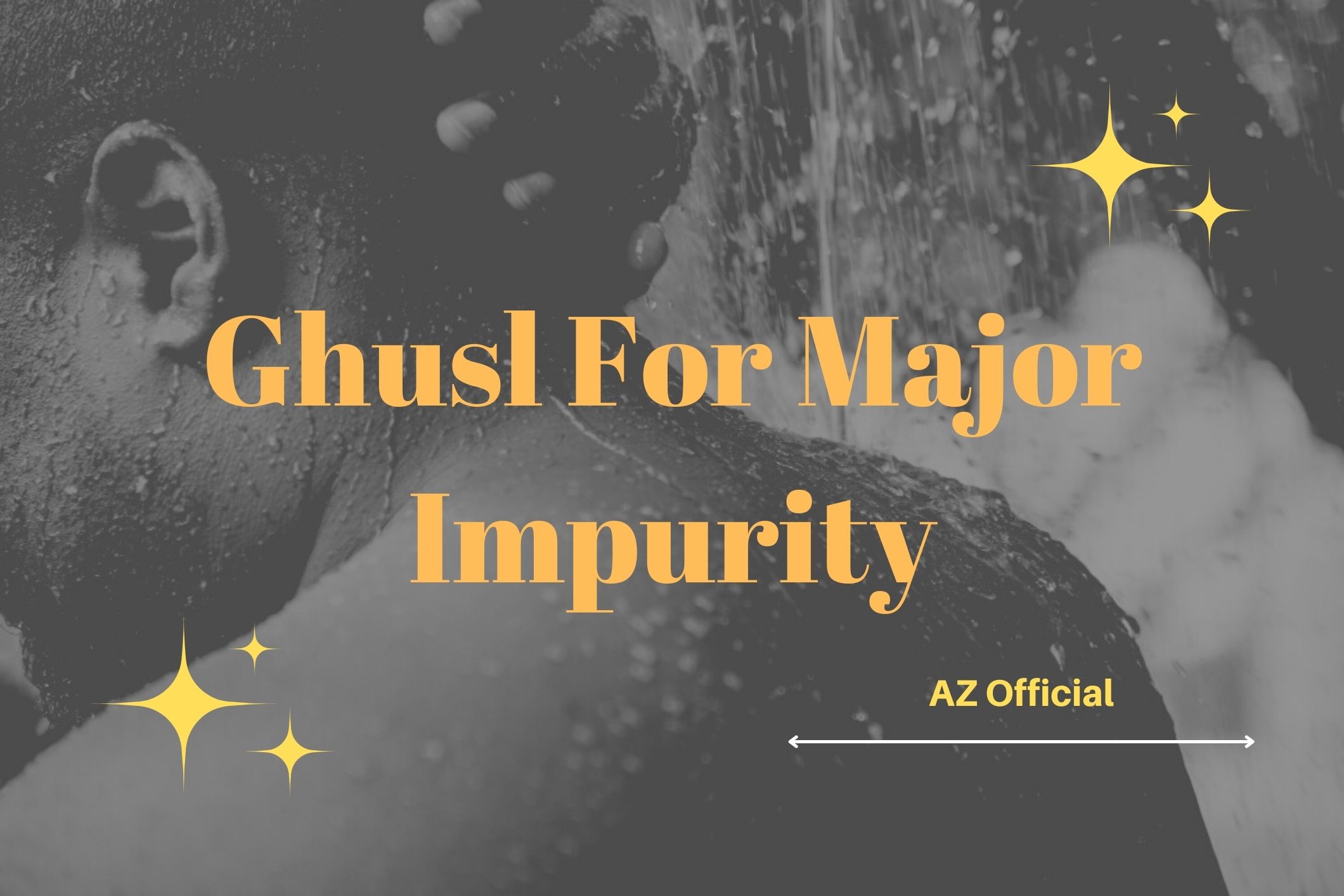 Ghusl For Major Impurity Which Means for the ritual purification of the whole body
that every adult Muslim must do before performing certain rituals and prayers.
This must be done after ejaculating or when the menstrual cycle is over.

Ghusl is often translated as “full ablution,” which is different from wudu,
which is a “partial ablution” that Muslims do after things like urinating,
defecating, flatulence, and deep sleep, and light bleeding.

Ghusl is required for seven different reasons,
and the ghusl for each of these reasons has a different name:

Acceptable form: If a person only does ghusl in this way,
his ghusl is valid and he is cleansed of major impurity.
But if a person does this kind of ghusl correctly, his ghusl is not valid.

Complete and preferred form: it is mustahabb to do, but it is not obligatory.

For the obligatory and acceptable form, are as follows

As for the full form, it looks like this:

“Allah loves the repentant and the pure.”

Proof that this Mustahabb form of ghusl is correct:

“It is narrated via Aisha that on a day of fasting the Prophet would rise in
the morning and then would conduct ghusl (bathing).”

He would call for something that looked like a milking vessel and put water in his hand.
He started with the right side of his head, then the left,
and then he took water in both hands and poured it all over his head.