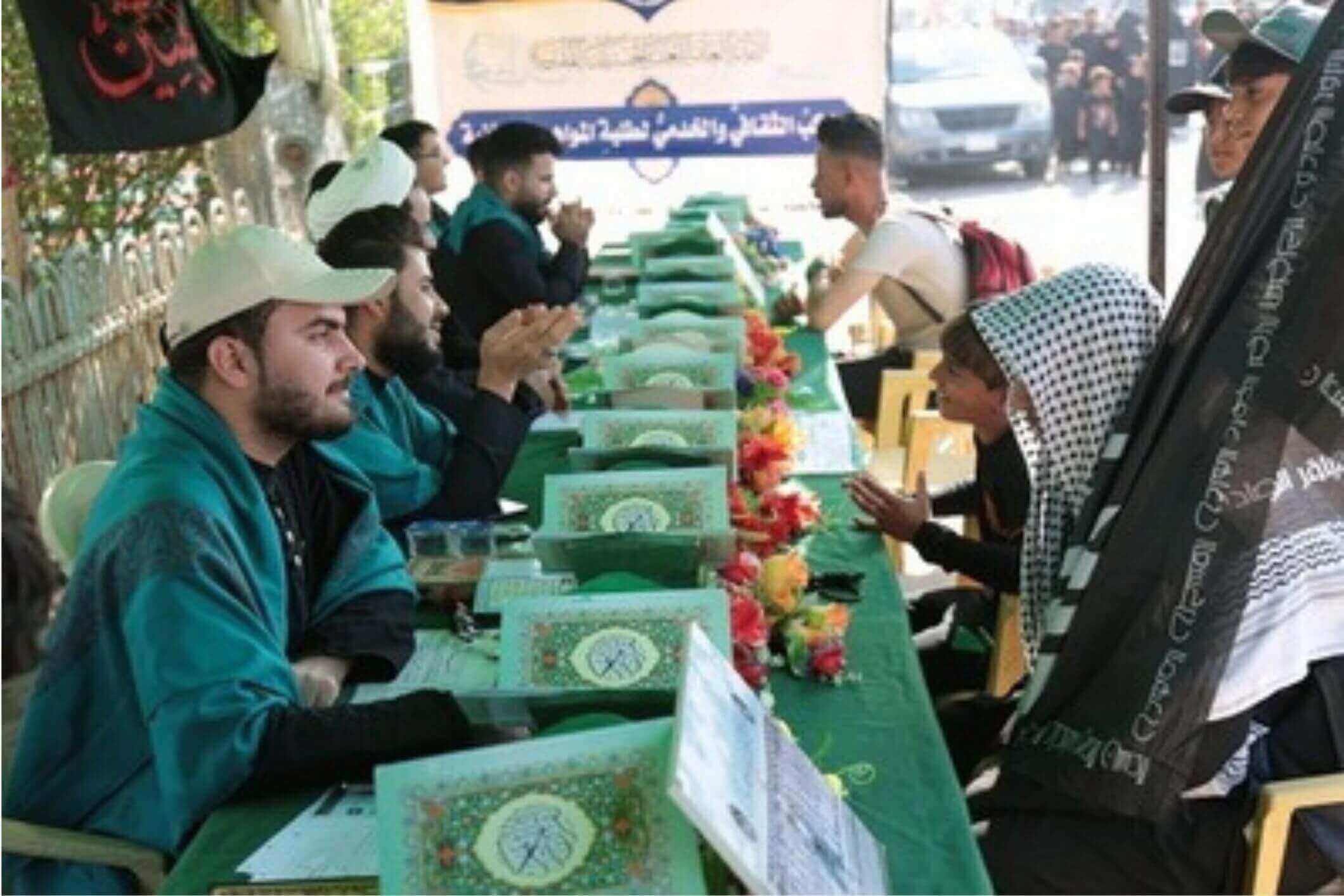 In Iraq Dhi Qar, it was founded by a group of students from
the Quranic talents unity of the Quran center linked Astan of
Imam Hussein (as) holy shrine launched it.

Iraq Dhi Qar: During the Arbaeen season, they provide Quranic programs to the
thousands of pilgrims that go to Karbala from Iraq’s southern governorates.

The center’s twenty-five Quran teachers also assist pilgrims in correcting
their recitation of Surah Al-Fatiha, which is repeated in all daily prayers. 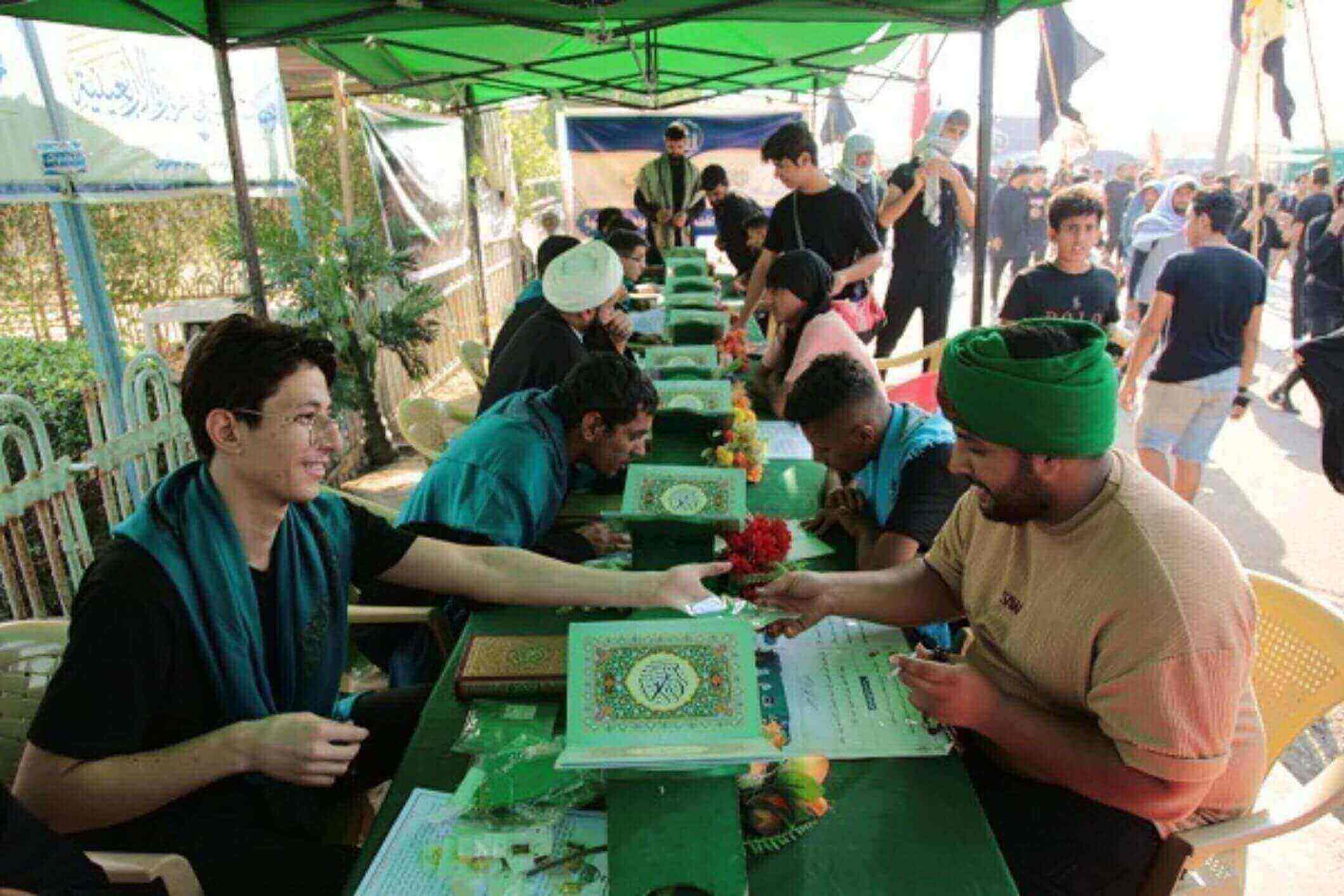 It seems to be 40 days since Ashura,
the commemoration of Imam Hussein’s martyrdom (AS).
Arbaeen is on September 17 this year.

Iraq Dhi Qar: Every year, a huge number of Shias go to Karbala,
where the holy shrine of Imam Hussein (AS) is, to grieve and perform mourning rituals.
Most of the pilgrims come from Iraq and Iran, and they walk a long way to get to the holy city.