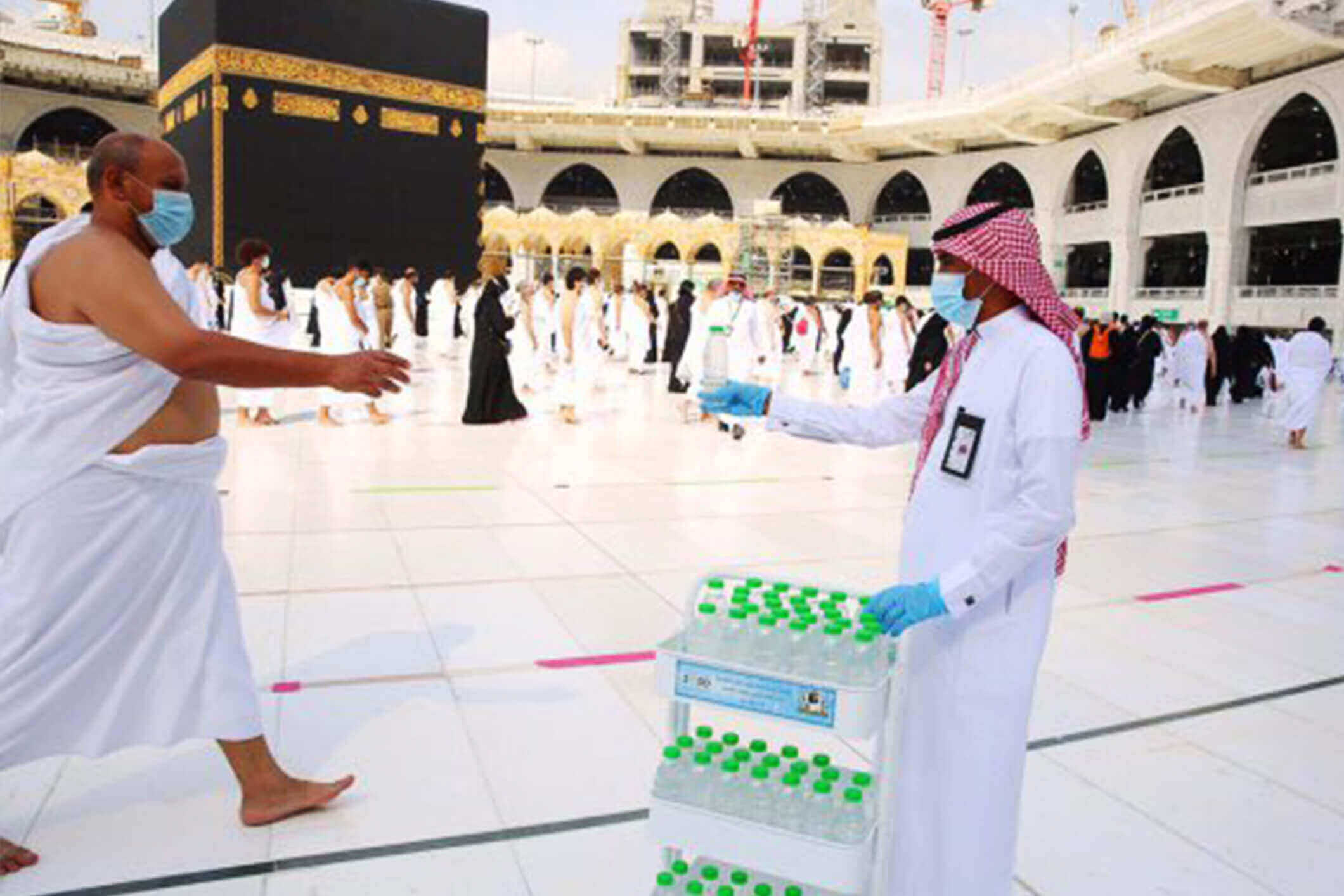 JEDDAH: Official numbers show that 12 million liters of Zamzam water were
given out at the Grand Mosque during the Hajj this year.

The water was given out over 15 days, the General Presidency for the Affairs
of the Two Holy Mosques said on Twitter on Saturday.

Abdulrahman Al-Zahrani, who runs the mosque’s Zamzam water department,
said that the total was made up of 990,000 liters of water in 3 million 330ml
bottles and 11 million liters of water in more than 25,000 40-liter water containers.

Five times a day, the containers were refilled all over the
Grand Mosque and its courtyards.

Al-Zahrani said that 1,150 people helped get the bottles to the pilgrims.
He also said that 80 smart carts and water-dispensing robots were used
around the mosque to make sure the pilgrims stayed hydrated.

He also said that all of the carts and bags that were used to carry the
water were cleaned and sanitized often to make sure they were safe for health.

He said that the same sanitation rules were followed for the water pumps,
which were watched over by 150 people.

As an extra safety measure, workers at the Zamzam water laboratory checked more than 70 samples of water every day to make sure that the water being pumped to the Grand Mosque was safe to drink.

Al-Zahrani said that technology would be used more and more in the
management and distribution of Zamzam water. This is in line with
Sheikh Abdulrahman Al-plan Sudais’s for the presidency in 2024 and
the larger Saudi Vision 2030.

During Hajj, about the same amount of Zamzam water was given out as
during Ramadan. This brings the total for the year to 24 million liters.