Attahiyat And Its Importance: We recite Attahiyat as a significant “Dua” every day in Prayers.
When the Prophet Muhammad SAW went on his journey of Al Isra Wal Miraj,
Our Creator Allah SWT and Our Beloved Prophet SAW spoke about attahiyat.

When Muhammad (PBUH) met with Allah:

Prophet Muhammad saw Allah SWT, he didn’t say ‘Assalam Alaikum.
When one finally comes face to face with Allah, SWT,
what are they going to say? Because ALL paths to peace lead through him,
it is inappropriate for us to wish him peace.

Then the Prophet Muhammad said:

“Assalamu Alaika Ayyuhannabiyyu ‘Warahmatullahi Wabarka’tuhu”
( Peace be with you, Oh Prophet, and Allah’s Mercy and Blessings). 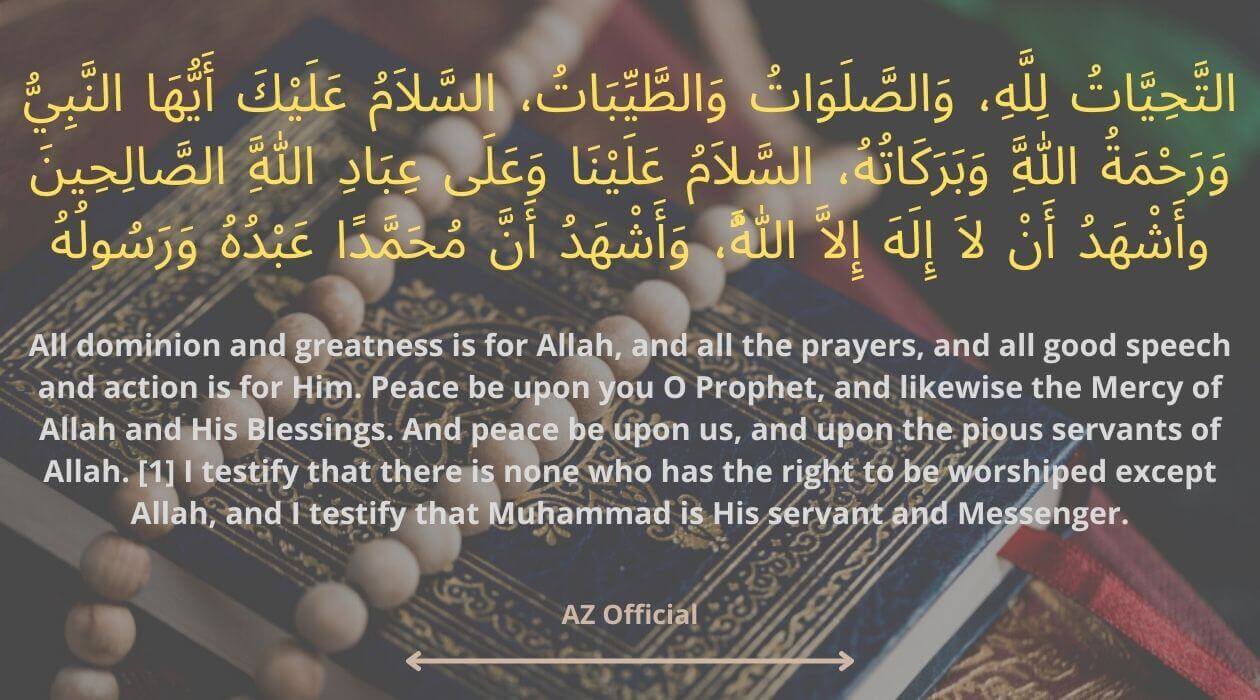 Why do we pray Attahiyat in Our Prayers?

So many beautiful greetings, prayers, and blessings for ALLAH,
His beloved Prophet Muhammad, and His angels.
Prophet Muhammad never forgot to talk about his ummah
and send blessings and peace to his ummah, even when he was talking about something so important.
Now I know how important Attahiyat and this conversation are in our daily prayers
(Salah) and how they are set up.

Allah is the most beautiful word there is.
Rasulallah is the best example I can think of (SAW).
Islam is a beautiful lesson. No song as melodious as Adhaan. T
here is no charity as important as Zakat. Al-Quran is the only perfect book.
Salaat is the best prayer (Namaz). There is no diet as good as fasting.