Ashura Porridge? The tradition of Every 10th Muharram 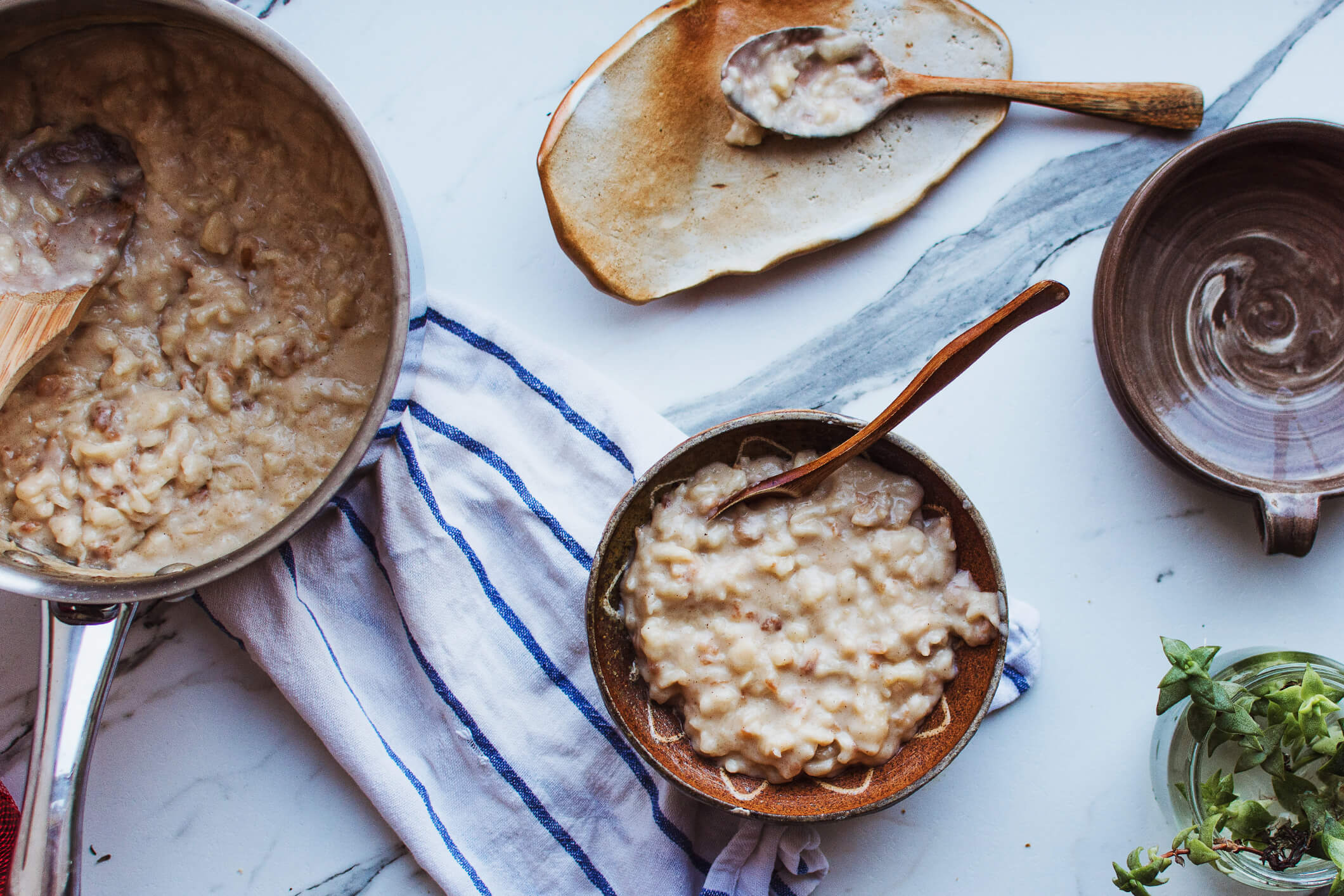 This is more than just a dish because it embodies the cohesiveness and variety
that can be found among Muslims in a single bowl of porridge.

Sunnah fasting also called the Ashura fast, is a way to mark the day of Ashura.
The Tasua fast, which starts on August 7, 2022, comes before this one.

Muslims in some parts of Indonesia also don’t eat during the holiday.
Instead, they eat a special porridge called Ashura.

The porridge can be regarded as a special meal because it symbolizes
both diversity and unity at the same time. The porridge will typically
be prepared all at once before serving.

What is Asyura Porridge?

Different regions use a variety of different ingredients to make the porridge.
A breakfast food called Ashura porridge is made in South Kalimantan with
rice and 41 different types of additional ingredients.

The Banjar people use 41 different ingredients, the majority of which are nuts,
vegetables, and tubers. The porridge is loaded with nutrients thanks to the
addition of kale, corn, potatoes, and carrots.

A meal to break the fast is also comprised of porridge. In that case,
what exactly is porridge, and how does each city’s tradition work?

The Ashura porridge that is served in Cirebon, which is located in West Java,
has a rusty-brown hue that comes from palm sugar.

Rice, coconut milk, and palm sugar are used in the preparation of Asyura porridge,
which, according to the page of Nahdlatul Ulama Online, is colored with a natural ingredient.

The colors red and white, which are abundant in national colors,
will be suggested when the porridge is served in a single container.

Several people in the Sumatra region observe the custom of consuming
porridge on the holiday. Orphans are provided with porridge in
the village of Tangkahan Durian, which is located in West Brandan, North Sumatra.

This is a form of charity and prayer that is offered up in the hopes of
shielding the village from harm.

ALSO READ : Dua Of Ashura On 10th Muharram Recite It