Dua Of Ashura On 10th Muharram Recite It 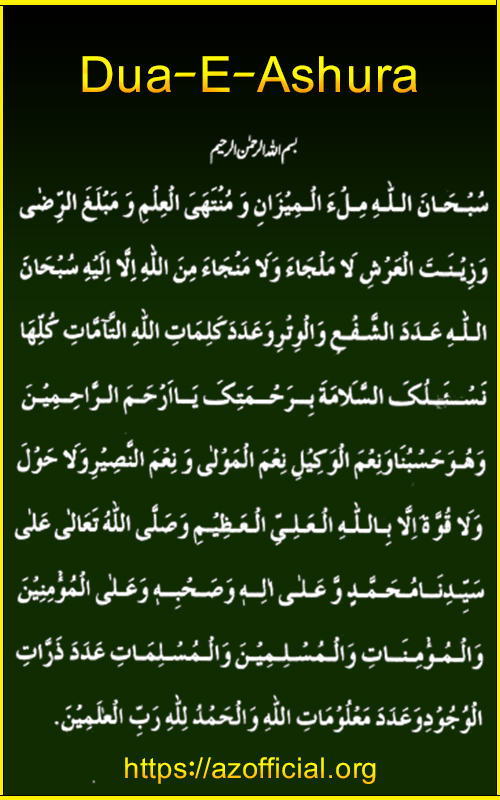 The Dua of Ashura, which can be read during the daylight on Ashura

or on the 9th of Muharram, is highly recommended for reading on the

10th of Muharram. The word Ashura derives from the Arabic word Asharah,

which means “ten,” and Ashura is the tenth day of Muharram. According to

and will not die. He won’t be able to recite them if his death occurs in the coming year.

We have made a video to assist with pronunciation. Dua of Ashura

After reciting the Dua of Ashura, recite this seven times 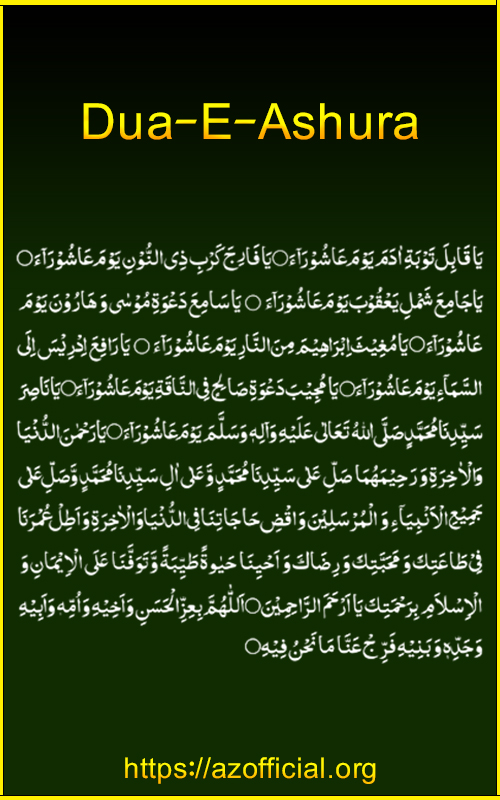 According to the Hadith, anyone who does four rakahs of Nafl with Ayat-ul-Kursi

once and Surah Ikhlas three times following Surah Fatiha, and then supplicates,

would receive everything he desires from Allah (SWT). Furthermore, it is Sunnah

to fast on the day of Ashura (Sunday, August 30th), which in some countries will

be Saturday, August 29th; check the Islamic calendar for your country.

According to Ash-Shafi’i and his colleagues, Ishaq, Ahmed, and others:

(PBUH) fasted on the tenth and meant to fast on the ninth.”

On the basis of this statement, we can deduce that Ashura observes a

changing degree of fasting, the least of which is a complete fast on the 10th

of Muharram. It’s better if you start on the 9th day as well. The more fasting we

do during Muharram, the better. Our Holy Prophet (PBUH) was once asked about

fasting after the day of Ashura on the authority of Abu Qatada (RA), to which He

“It atones for [wipes off] the minor transgressions of the previous year”‘. (Muslim)