Agong Says That No Privileges, Exceptions in Islamic Justice 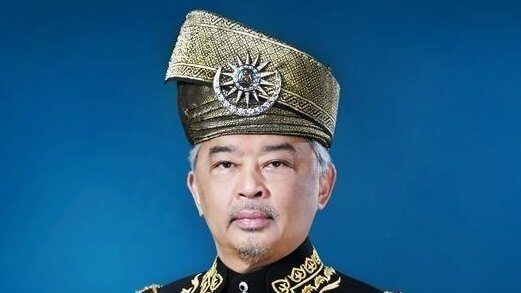 Agong Says That No Privileges(Source By Twiter)

The king said that the basic idea of Islamic
justice is that no one should be treated unfairly,
even if they don’t like them.
It also says that justice should be done without favoritism,
which was done well and raised the status of Islam
during the time of the Prophet Muhammad.

Anyone who does something wrong,
including yourself, close friends, family members, or parents,
is treated the same way by Islamic justice.
Yang di-Pertuan Agong Al-Sultan Abdullah Ri’ayatuddin Al-Mustafa Billah Shah says.

Societies that are just, fair and affluent are founded on the notion of visible justice.
The Islamic concept of justice centers on maintaining God’s faith in humanity.
The same reasoning suggests that shariah courts should exercise discretion
reasonably and treat all parties fairly when determining punishment,
particularly in domestic disputes.

“Depending on the same idea,
shariah courts must also be smart about how they use their discretionary powers
and be fair to everyone when handing down sentences, especially in family cases.
“Justice will not be done if the law is not applied consistently and fairly,”

he said today at the opening of the Pahang Shariah Court Complex in Kuantan.
“This is because the philosophy behind making a law would have been tainted,
and the weaker party would end up being hurt by those in power.”

Also Like: The Islamic State’s Power Is Spreading Across Africa

Al-Sultan Abdullah added that the power to punish and
a pardon will be answerable in the hereafter,
it should not be exercised arbitrarily.

Additionally, the king instructed the sharia judges to ensure that cases are
treated properly and that decisions are made as soon as possible.
he requested the cooperation of shariah attorneys
and court personnel to ensure a smooth trial.

His Majesty also said that he hopes the idea of “diyat,”
or giving money to the families of victims,
which he has been talking about for the past few years can be
studied and used all over the country.

The king said I would also want to encourage shariah judges to do
full research on punishments in the form of community service since
there are offenses that are not so serious, this should be examined
so that they can serve the community which can be settled with discretion.

Al-Sultan Abdullah expressed the expectation that the
The new court complex will benefit the neighborhood in addition to spreading
and advancing Islamic teachings and enhancing the country’s Shariah court system.