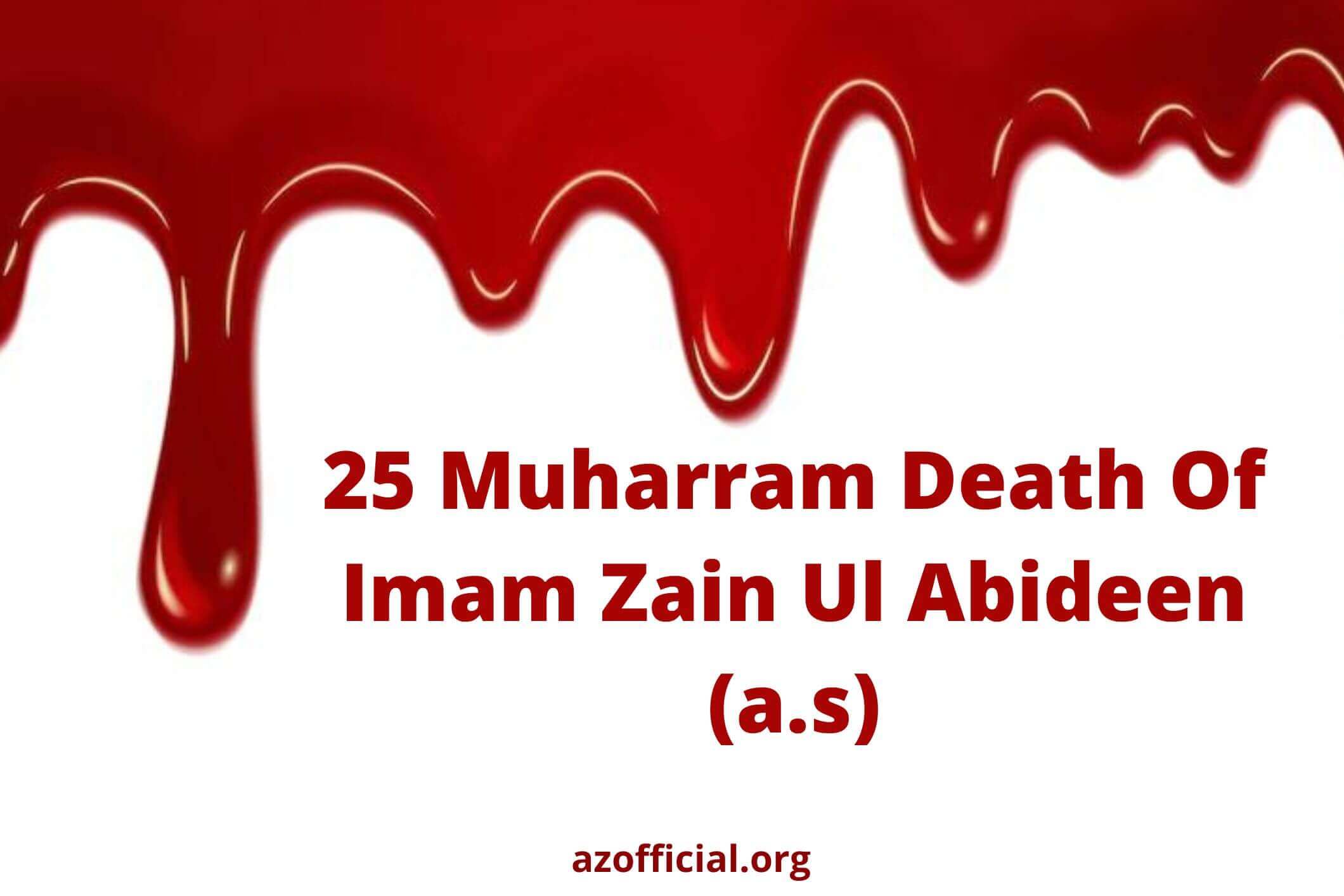 Imam Zainul-Abideen (AS) was born in Madina on 5 Shabaan 38 Hijra, which is about 22 years ago.
In some history books, his birthday is written as 15 Jamadiul Awwal 38 AH.
His mother, Shahr Bano, was the daughter of Yazdjurd II, the last Persian king before Islam.

He was the eldest son of the man who saved Islam.
and his uncles were killed in horrible ways.
He was the fourth Imam, named Imam Zainul-Abideen (AS)
During his early years, the Imam spent time with his grandfather, Imam Ali (AS).
After his father’s death, he was given the Imamat.

On the day of Ashura (10 Muharram),
when all the men of the camp went to battle and didn’t come back,
the sick Imam was the only man left in a camp full of women and children.
After killing the Imam, Yazid’s army would not stop.
They then went to the tents, where Bibi Zainab and the other women were.
They started ripping the scarves (chadars) off each woman’s head,
which is the worst insult you can give a Muslim woman.

They then burned down all the tents,
forcing the women and children out of their homes.
They went to where Imam Zainul-Abideen (AS) was and got him out of bed.
He was put in heavy chains with iron rings around his neck and ankles
and made for walking barefoot on the thorny plains from Kerbala to Kufa.

Death Of Imam Zainul-Abideen (AS)

The women and children were chained up like prisoners and put on camels.
This journey would take them to Kufa and then to Yazid’s Court in Shaam,
where they were locked up in prisons.
Most of their days were spent in these dark,
narrow dungeons with the Imam, the women, and the children.
The members of the Holy Family were locked up for a long time
and had to deal with the hardships and tortures of being locked up.

The Imam lived for 40 years after his father died.
He spent most of his time praying and mourning,
which is how he got the name Sajjad.
Sources say that every time the Imam drank a glass of water,
he would cry in memory of his father.
On the 25th of Muharram, the leader of Medina poisoned the Imam.
And His son, Imam Muhammad Baqir, buried him. 25 Muharram Death Of Imam

You May Also Like: 10 Things Every Muslim Needs To Know About The Battle Of Karbala