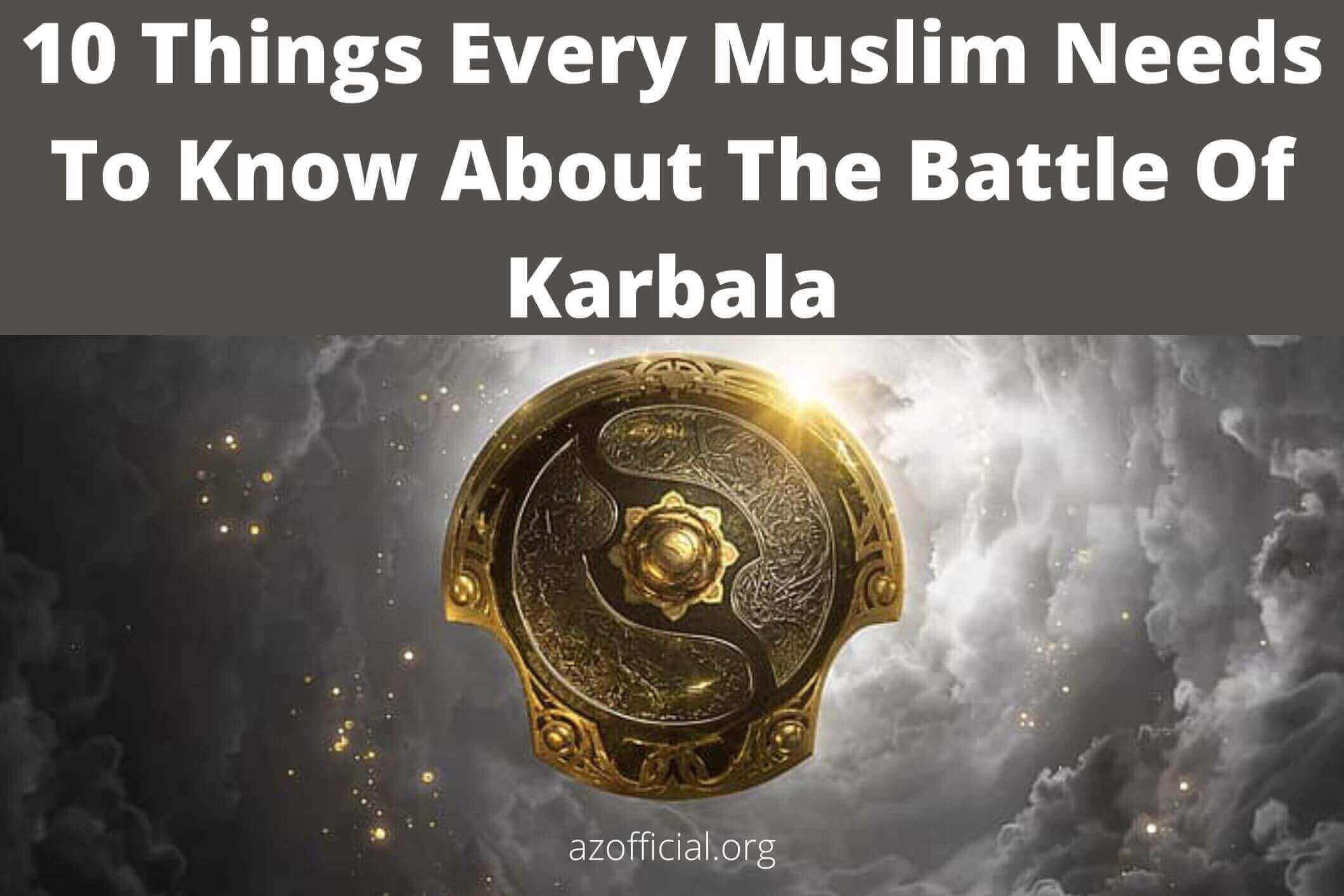 This month of Muharram, which is the first in the Islamic calendar and the second sacred month,

has seen a number of events in Islamic history.

The Battle of Karbala took place at Karbala, now known as Iraq,

Each Muharram, on the tenth day of the month, known as the Day of Ashura,

Muslims from all over the world remember the Karbala Martyrs in observance of the Battle of Karbala.

But there are some crucial details about this month in Islamic history that any Muslim should be aware of.

1. Hazrat Imam’s (alaihis salam) Advice To The People Of Kufa

The people of Kufa were told by Hazrat Imam Hussain not to start a war.

But the people of Kufa told Hazrat Imam that the Kalifa of the time was after them, so they needed Hazrat Imam’s help.

As part of the Journey to Martyrdom, Imam Hussein (AS) wrote a letter to the Kufans,

telling them to stick together and keep their word.

Imam Hussein (AS) already knew how terrible it was to be in charge of Iraq and lead it.

what was going on and how true the Kufans’ promises of loyalty were.

This made it possible for the Kufans to swear allegiance to him.

So, it became clear where the uprising should start.

Hazrat Muslim Ibn-e-Aqeel was attacked by the people of Yazeed, which was a shame.

So, this happened in the month of Muharram as well.

3. There Was No Army Of Hazrat Imam Hussain (alaihis salam)

One ought to be aware that the Hazrat Imam did not have an army; however,

72 members of his family and other followers served as his companions.

Therefore, he did not have an additional army like some of the other leaders did.

Farzooq was the only poet Imam Hussain met on this whole trip.

people there would support the government and try to kill him.

So, he asked Hazrat Imam Hussain to stop heading toward Kufa.  10 Things Every Muslim Needs

5. When Imam Hussain arrived in Karbala

As soon as Hazrat Imam landed in Karbala, he immediately began searching for land.

He did so in order to acquire ownership of the land.

The next day, Umar bin Sad bin Abi Waqqas Zohari arrived with 4,000 men after traveling there from Kufa.

They set their camp directly across from the tent of the Imam.

Imam was well aware that this would be the final location of his final resting place.

Therefore, he decided to purchase a piece of land there.

6. The Hur Return To Hazrat Imam

The individual known as Hur is the one who urged Hazrat Imam to return from getting water on the night before the war,

and he subsequently pleaded for pardon from the Imam.

On the other side, he sacrificed his life for the sake of the Imam.  10 Things Every Muslim Needs

Rubaab was the mother of two children, Sakina and Ali Asghar.

She and her two children traveled to Karbala with Imaam.

The fact that Imaam brought a newborn child with him further proves that he never intended to join in a violent revolt.

Consequently, he was the youngest martyr of Karbala.

Muslims need to remember that only one man lived through the Battle.

Hazrat Imam Zainul Abideen, who didn’t fight, was the only man to live through the battle.

He was sick and was put in jail with other women from the family of Imam Hussain.

So, he was the only one to make it out of the fight alive. 10 Things Every Muslim Needs

9. The Last Martyr In Karbala

The last person to die in Karbala was Hazrat Imam Hussain.

Yazeed’s army cut off Imam Hussain’s head and walked around with it. So, Muslims need to know this about Muharram.

One fact is that the women from the family of Imam Hussain and the Prophet Muhammad’s (PBUH) granddaughter were all chained together. They were shown off in the streets of Syria. At the time, these women were in jail.

Also Like: After The Battle Of Karbala, What Happened To Yazid?