After The Battle Of Karbala, What Happened To Yazid? 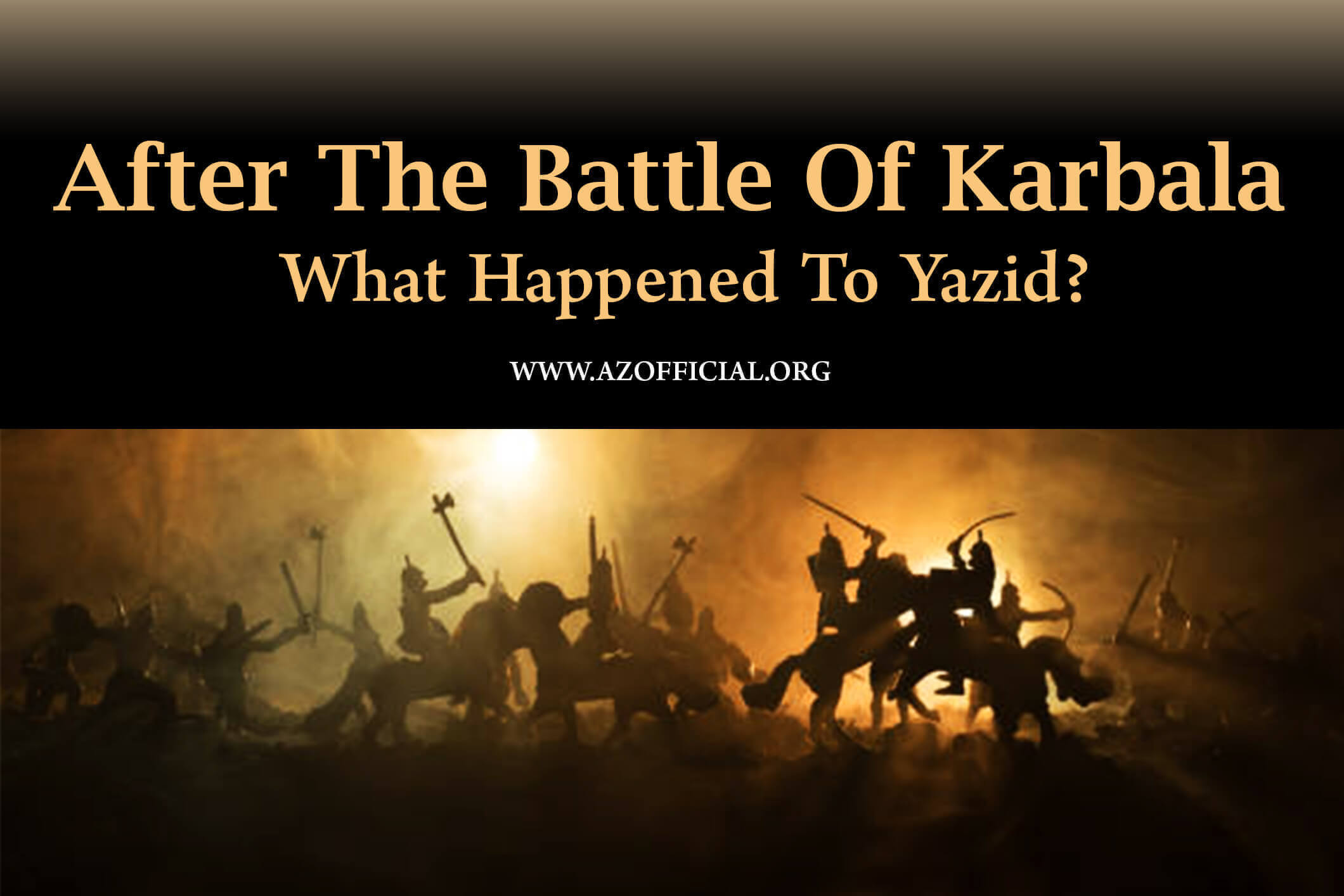 Yazid was a bad man. He grew up in a non-Muslim family.

His mother was not a Muslim, and her character was not good.

Hazrat Muwaviya divorced her, and she brought Yazid with her.

and the Prophet Muhammad killed and defeated his ancestors on the Battlefield.

After the Battle of Karbala, Abd Allah ibn al-Zubayr led a revolt against Yazid I.

Ibn al-Zubayr did not take part in politics while Muawiyah I was in charge,

but when Yazid I became caliph, he refused to swear loyalty to the new ruler.

Husayn, his sisters, daughters, sons, brothers, and the sons of Hasan all left Medina together.

and Abdullah ibn Abbas told him to make Mecca his base and fight Yazid from there. In Mecca,

Ali, Husayn’s father, had a lot of problems with the people of Kufa and the Kharijites when he lived there.

Ibn al-Zubayr went back to Mecca, where he called himself the righteous caliph and started gathering support.

When Husayn was killed in Karbala, Ibn al-Zubair gathered the people of Makkah and gave the following speech:

“O people! No one is worse than an Iraqi, and the people of Kufa are the worst of the Iraqis.

They wrote letters to them over and over, called on Imam Husayn, and swore allegiance to his caliphate.

But when Ibn Zeyad got to Kufa, they gathered around him and killed Imam Husayn,

who was religious, fasted, read the Quran, and should have been caliph in every way.”

He finally got his power under control by sending a governor to Kufa.

Soon, Ibn al-Zubayr took control of Iraq, southern Arabia, most of Syria, and some parts of Egypt.

All of Tihamah and Hejaz said, “Abdullah Ibn Zubayr benefited a lot

from the fact that the people were unhappy with Umayyad rule.

” Yazid tried to stop Ibn Zubayr’s rebellion by invading Hejaz and Tihamah, but he died suddenly, ending the campaign.

This threw the Umayyads into chaos, and eventually, civil war broke out.

of Mecca on the third day of the Islamic month of Rabi al-Awwal in 64 AH.

The ultimate emblem of monotheism was severely damaged as a result,

and many people who had sought safety in the most sacred place of Islam were killed or severely burned.

The populace fiercely defended the city after being encouraged by Mukhtar ibn Abu Obayda Saqafi’s bravery.

Death and Succession of Yazid

Two versions of Yazid’s demise have been documented by historians.

One is that he developed stomach and intestinal disease.

He would experience constant pain and be unable to eat or drink.

He would emit a foul odour. Due to the offensive odour, no one would dare to stand next to him.

He used to drink water, but it simply made the discomfort worse.

He used to drink to numb the hurt. Where was his monkey, he inquired one day?

They stated that it had left the building. To find his monkey, Yazid mounted a horse.

He was in too much discomfort to sit properly.

The rider’s foot became stuck as the horse raced, and he crashed to the ground.

While the horse continued to run, his head kept crashing to the ground.

He was then placed in the middle of a desert. Before soldiers discovered his decaying remains,

birds and insects had already begun to eat them.

Yazeed’s romance with a Roman girl is the other incident.

He was invited to a desert oasis by her. She used the blade to assassinate Yazid there when he arrived.

He was left to die on his own. Soldiers located his body a few days later.

Most of the dead bodies were consumed by insects and birds.

That is the second account of Yazid bin Muwaviya’s demise that can be found in the history book.

When Yazid passed away, the throne was presented to Muwaviya bin Yazid.

He was a young man. He declined the position of the caliph and declared that he

would not accept any throne erected on Ahle Bayt’s blood and remains.

He is respected by all Islamic faiths, yet they all denounce his father’s behaviour.

To maintain his throne and pass it on to his son, Yazid sacrificed Hazrat Hussain and Ahle Bayt.

To his distress, his son turned down the throne.

Marwan bin Hakam and his lineage ruled Muslims after seizing the crown.