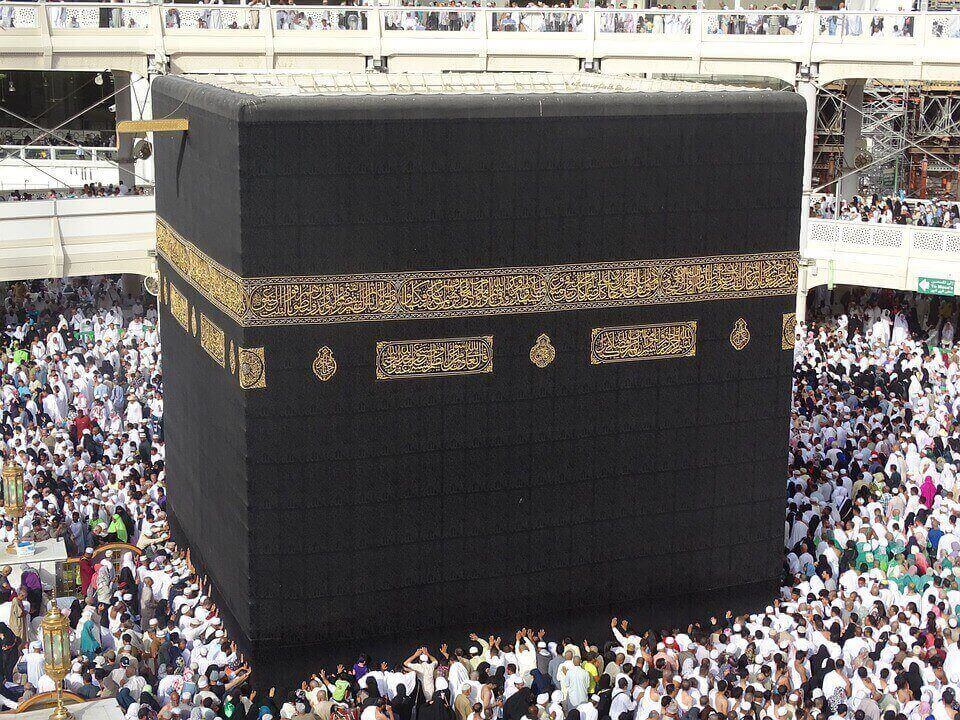 Mecca due to Saudi Arabia’s intensive development program,
there are cranes everywhere near the Grand Mosque
and the Kaaba, the most sacred place in Islam.
The monarchy has dispatched heavy equipment
to build opulent new hotels, thoroughfares,
and major extensions to the mosque complex as
the annual Hajj pilgrimage to increased
in popularity during the past 20 years—from
1.2 million pilgrims in 1997 to 2.9 million in 2011.

But as this year’s Hajj gets underway this week,
worries about readiness for the influx of
pilgrims have intensified, as have questions about
the integrity of Saudi Arabia’s lofty goals and the
the high price of financial, cultural, and now human
at which they are being attained. Mecca

Local reports state that the Grand Mosque is still
surrounded by about 100 cranes as part of the expansion project.
They don’t seem to be moving despite the current scenario
and the potential gathering of over 2.5 million
pilgrims on foot at the spot.
The Islamic Heritage Research Foundation’s executive director
Irfan al-Alawi, a vocal opponent of Saudi Arabia’s development
plans asserted that the cranes were still there
and were located in a shared area. Imagine that
the bad weather is back. Mecca

The hallowed sites have previously experienced horrible catastrophes.
The previous year’s stampedes resulted in the deaths of hundreds of pilgrims.
Many of these events served as the impetus for current development plans.
Despite this, the claimed price tag for these developments—more
than $26 billion (not counting the alleged $35 billion for the real
estate alone)—has sparked discussion and, in some Muslim circles, outrage.