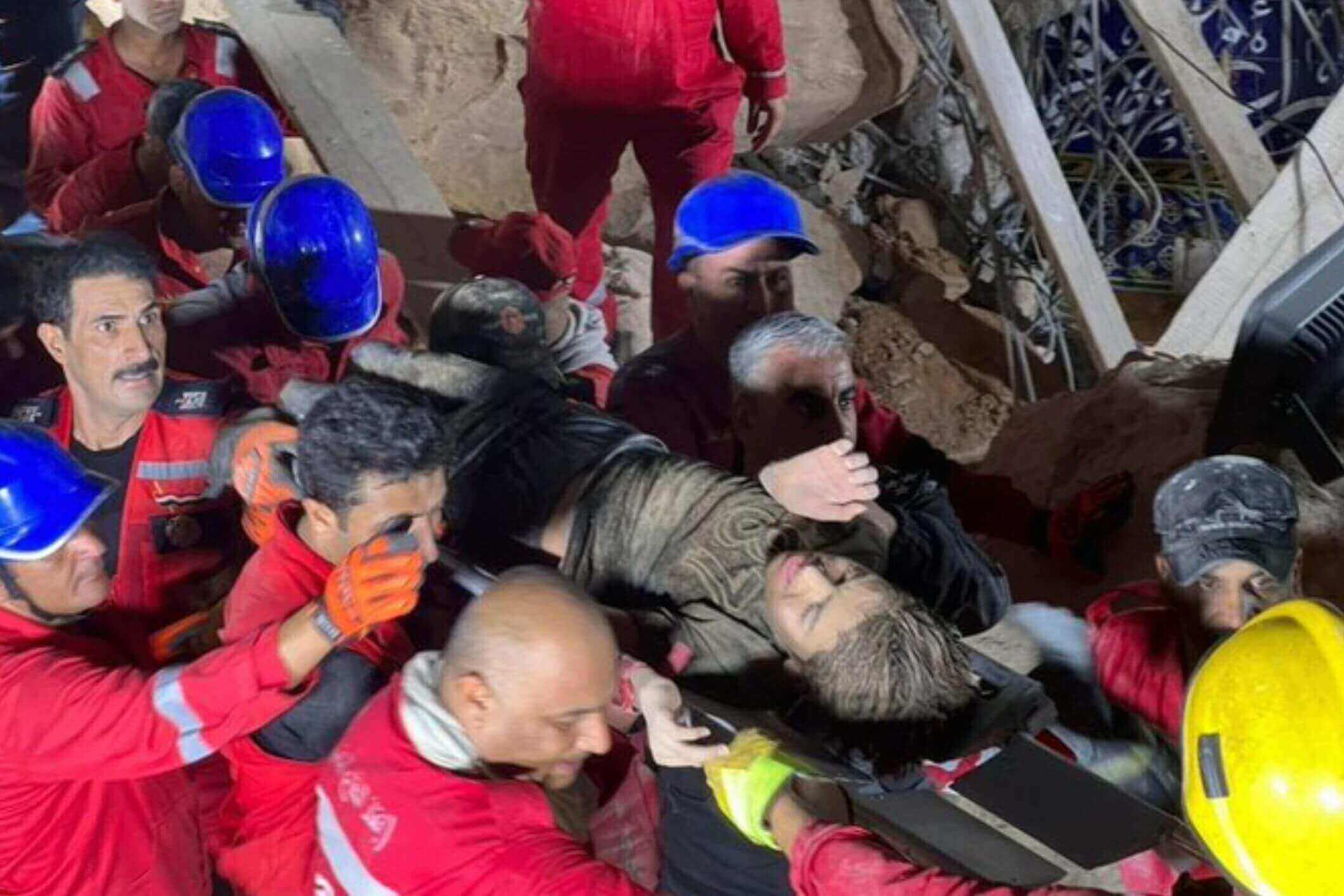 Seven people have been confirmed killed after the partial collapse of a Shia Muslim
shrine in Iraq, and rescuers are still searching for survivors.
The General Civil Defence Directorate said on Saturday
that the Qattarat al-Imam Ali was hit by a landslide,
resulting in the deaths of at least five people, including four women and a child also.
Three more kids have been rescued and sent to the hospital.

High humidity likely caused the collapse of an earth mound near the shrine,
located 28 kilometres (17 miles) west of Karbala.

According to Popular Mobilisation medic Daifallah Naim,
“the mountain had been accumulating water and, regrettably, nobody had noticed.
” This group is primarily comprised of Shia militias.

The Shia pilgrims within the Qattarat al-Imam Ali were
killed when the building’s roof was destroyed by the landslide.

Another woman’s body, according to eyewitnesses,
was reportedly buried under the debris, he said.

Sunday, President Barham Saleh offered his condolences to the
victims and their families and hailed the rescuers as heroes.

Even while influential Shia cleric Moqtada al-Sadr expressed his sympathies,
he warned that “suspicions of corruption” existed in relation to the tragedy.

Reports from the state-run Iraqi News Agency also indicate
that he demanded the government launch an
“urgent and serious investigation in order to disclose the truth”
to prevent corruption from spreading to mosques and other places of worship.

According to Shia beliefs, Imam Ali ibn Abi Talib,
the Prophet Muhammad’s son-in-law and cousin,
and his army halted at the shrine’s spring to refuel before charging into battle in 657.