Rules For Qurbani, Qurbani Rules For Husband And Wife 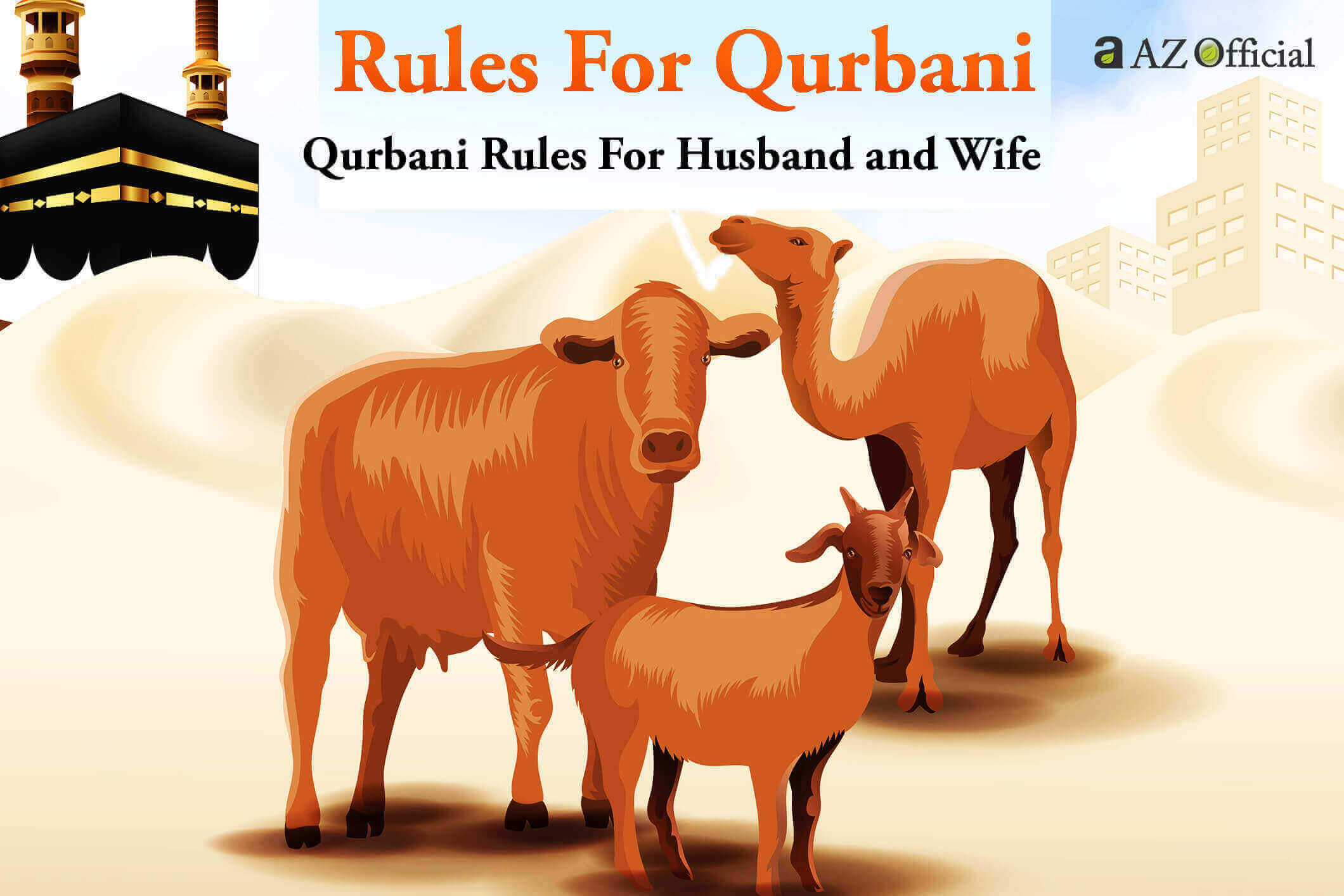 Why Muslims Do Qurbani

During Qurbani, also known as the Festival of Sacrifice,

animals are sacrificed and their meat is distributed equally among you, your relatives, and the impoverished.

In the addition to praising Allah, Muslims perform Qurbani as an act of obedience that purifies their money.

because he exemplified the level of devotion and submission expected by Allah.

In the addition to being an act of obedience, Qurbani is also a highly important

act of charity that is mirrored throughout the religion of Islam.

Specified Qurbani Regulations In The Quran

as a sign of submission in response to Allah’s test of his faith.

But before Abraham could sacrifice his son, God sent his angel Jibreel (Gabriel),

who substituted a ram for Abraham’s son.

Since then, Muslim families all around the world have slaughtered

livestock on Eid al-Adha to commemorate the supernatural intervention.

Hadith On Qurbani Meat Distribution: The Prophet of Allah said,

“Whoever sells the skin of his sacrifice, it was not offered for him.

who slaughtered the sacrifice with meat unless it is a gift.

He would give one-third to the members of his household,

Our Beloved Prophet (PBUH) is reported to have stated, on the authority of Ibn Abbas:

“Feed the members of his household a third, the impoverished of his neighbors a third,

and give alms to a third of the population”

Not all animals are fit for Qurbani, and there are age and health requirements for sacrifice.

Sheep, Cattle, and Camels The animal’s minimum age should be at least;

Family Members and the Qurbani

Every eligible Muslim should give one share of Qurbani,

and parents should give a share in the name of their children.

One goat or sheep is equal to one Qurbani share,

while a cow or camel is equal to seven shares and can be divided between seven people.

The Qurbani rules say that a husband and wife can make a joint donation,

but the animal must be big enough that each person gives the required one share.

Most households donate a larger animal worth seven shares, but it’s not required.

Also Like: No Muslim Husband or Wife Should Do These 4 Things