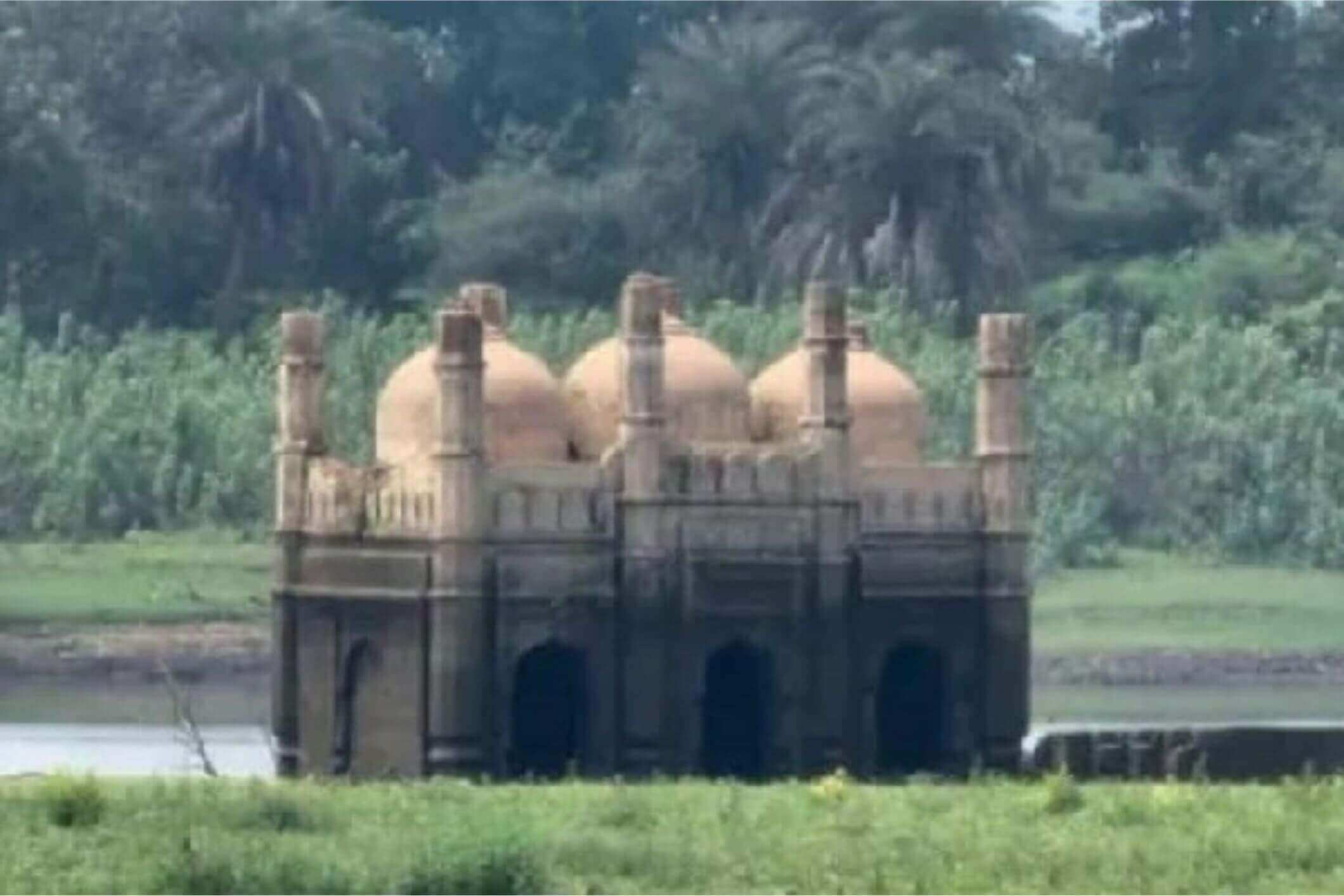 People who lived in the past recall that the mosque was formerly known as Noori Masjid.
In 1985, when the Phulwaria Dam was constructed, the area was inundated.
People in the region are intrigued about how the mosque emerged from the water,
and when it was spotted, a large number of young people were seen swarming around it.
They had always observed water in the reservoir,
so they were startled to find a mosque there.

People observed a large number of youths rushing towards the mosque,
slogging through muck and slush to reach the top of the old, deteriorating structure.
There were also several families visiting the mosque.
Many individuals entered the mosque and were amazed to find that it was still intact.
This was the mosque’s most intriguing section.
It has been submerged for decades, but the construction has remained unchanged.

When the level of water would go down,
only a small part of the mosque’s dome would be visible,
and no one could figure out what it was.
Now that the ground is dry,
when they see the mosque out in the open, their curiosity is satisfied.
Now, they can easily walk to the mosque
and enjoy the building’s design. From the ground to the top dome,
the mosque is about 30 feet tall.

Before 1979, when work on the Phulwaria Dam began,
this mosque was there.
A lot of people used to live there,
but they were forced to leave so that the dam could be built.
The government bought the whole area and moved the people
who lived there to Hardiya village in the Rajauli block of the Nawada district.
Even after the Phulwaria dam was finished,
the mosque was not changed in any way.
The water from the dam’s reservoir flooded the whole area, including the mosque.

Now that the mosque is there, everyone is talking about how old it is.
Many people say that this mosque was built in the early 1900s,
which would make it at most 120 years old.
When you look at the design of the mosque’s dome,
which is much sharper and better than domes built during the time of the late Mughals,
you can see why this is the case.