In Kabul Mosque Blast During Night Prayers, 20 Dead And 40 Injured 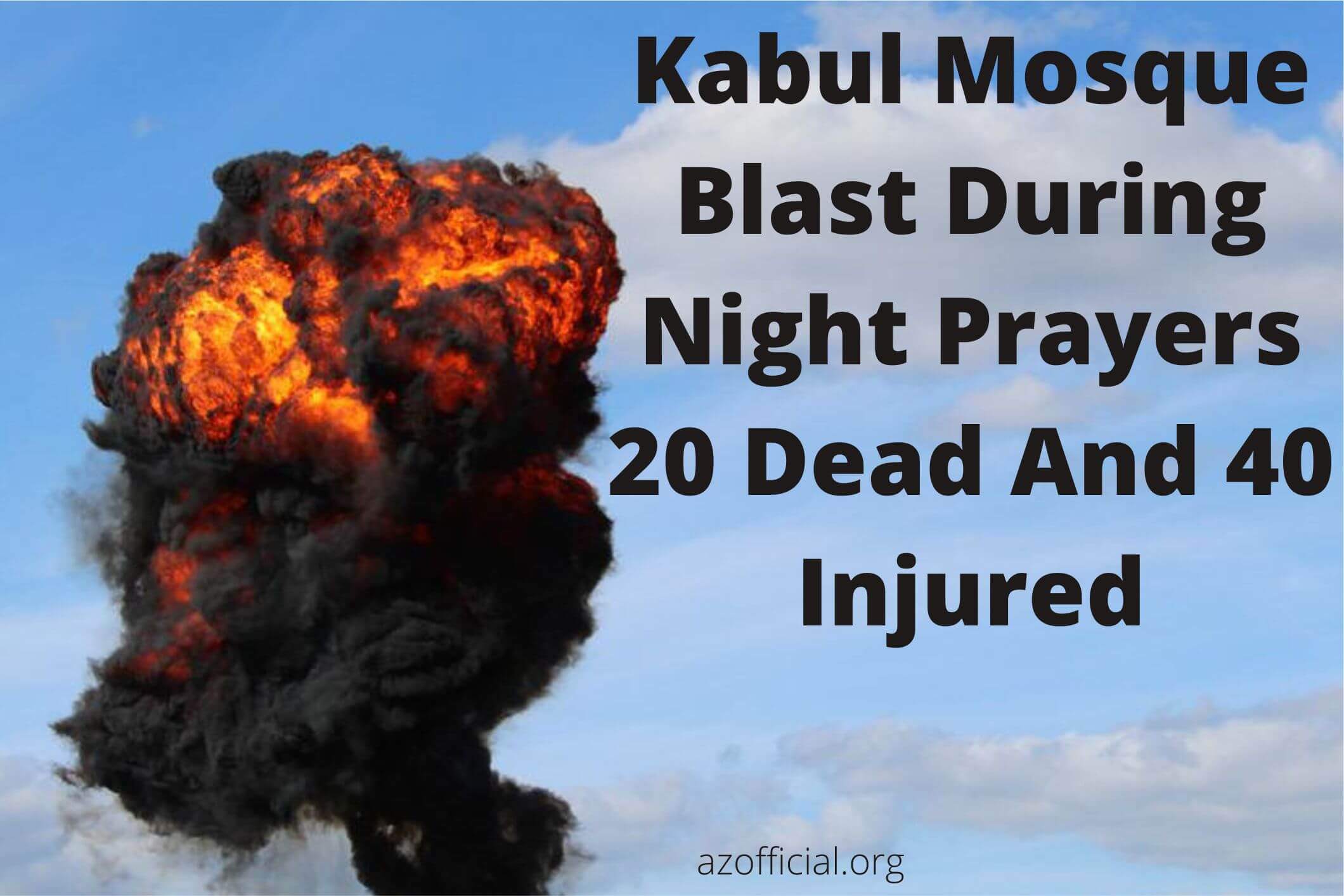 The Taliban say they have full control of Afghanistan,
but Islamic State is still attacking civilians and police all over the country.
Afghanistan explosion: A huge explosion hits a mosque in Kabul, and 30 people are thought to be dead.

Afghan news sources say that the Taliban haven’t said anything about people who have died.
So far, no terrorist group has said that they were behind the blast.

A top Muslim religious leader named Amir Mohammad Kabri is one of the people who died.

Two weeks ago, there were two deadly explosions in Kabul.
Ten people were killed and 40 others were hurt.
Islamic State has said that they were behind both attacks.

After a year of Taliban rule in Afghanistan, the bomb went off.
Rights groups said that the Taliban had broken many promises to respect human rights and women’s rights.
At the Gurdwara attack in Kabul, three explosions killed two civilians and hurt three guards.

After Islamic authorities took over Kabul in August of last year,
they severely limited the rights of women and girls, shut down the media,
detained and tortured people at random, and went after people they saw as critics and opponents. He was killed right away.

In its report, the New York-based rights group said that the Taliban’s violations of human rights have been
widely criticized and have slowed down international efforts to help people in a very bad way in the country.