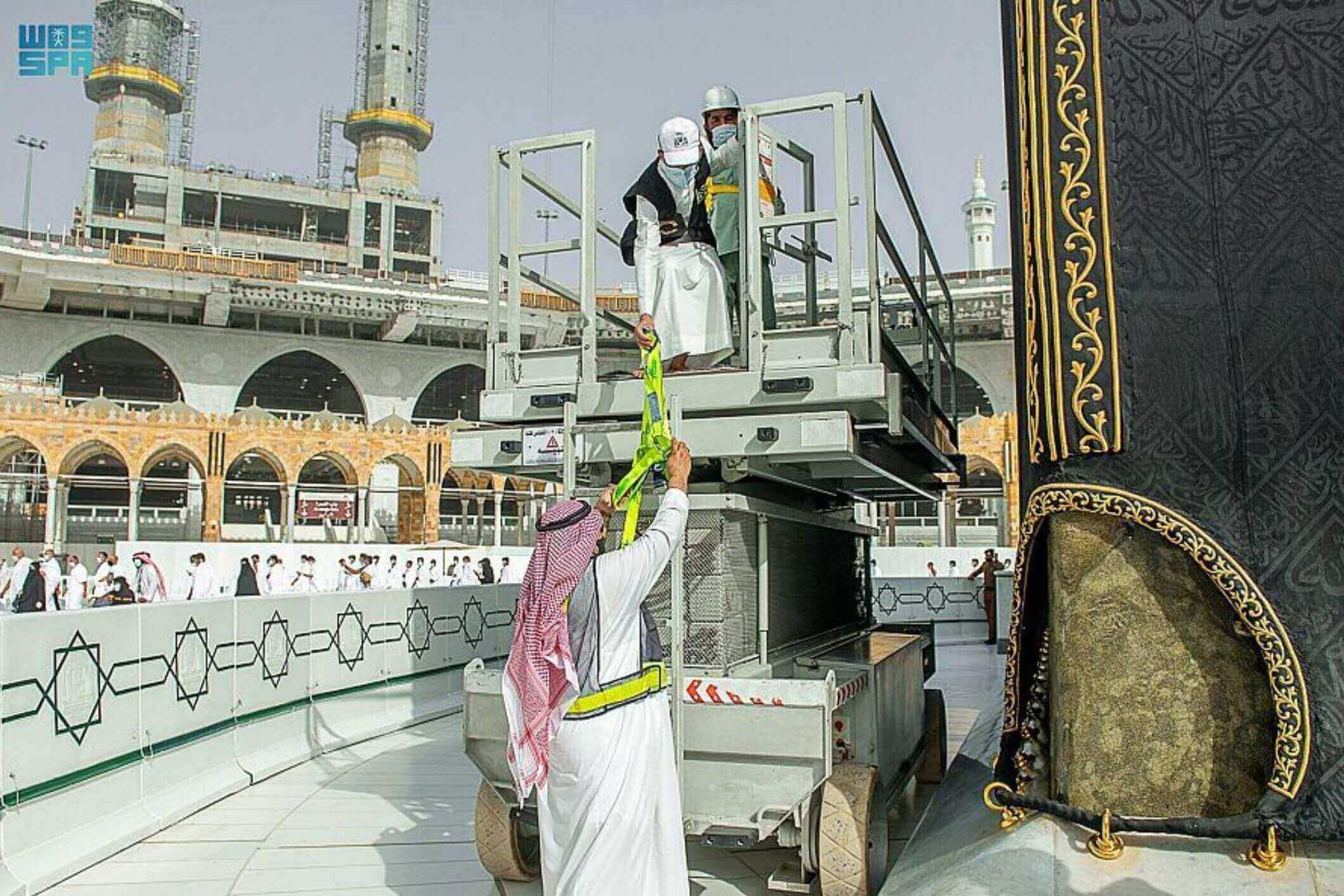 In Makkah, maintenance work was just done on the Kaaba Kiswa.

The King Abdulaziz Complex for Manufacturing Kaaba Kiswa
and the General Administration for the Maintenance of the Kiswa,
which make up the General Presidency for the Affairs of
the Two Holy Mosques were focused
on the cloth around the Rukan Yamani.

The Kiswa is decorated with 120 kilograms of 21-karat
gold thread and 100 kilograms of silver
thread embroidered verses from the Quran.

The current Kiswa was put up at the Kaaba on Muharram 1, 1444,
which was July 30 on the Gregorian calendar.
This was the first day of the new Islamic year.

As part of a long-standing tradition,
the Kiswa is changed every year.
A new 850-kilogram Kiswa is thought to cost SR25 million,
or more than $6.5 million, to make.
This makes it the most expensive covering in the world.

Also Like: Sudan Pilgrims Visit The Kiswa Complex With A Delegation