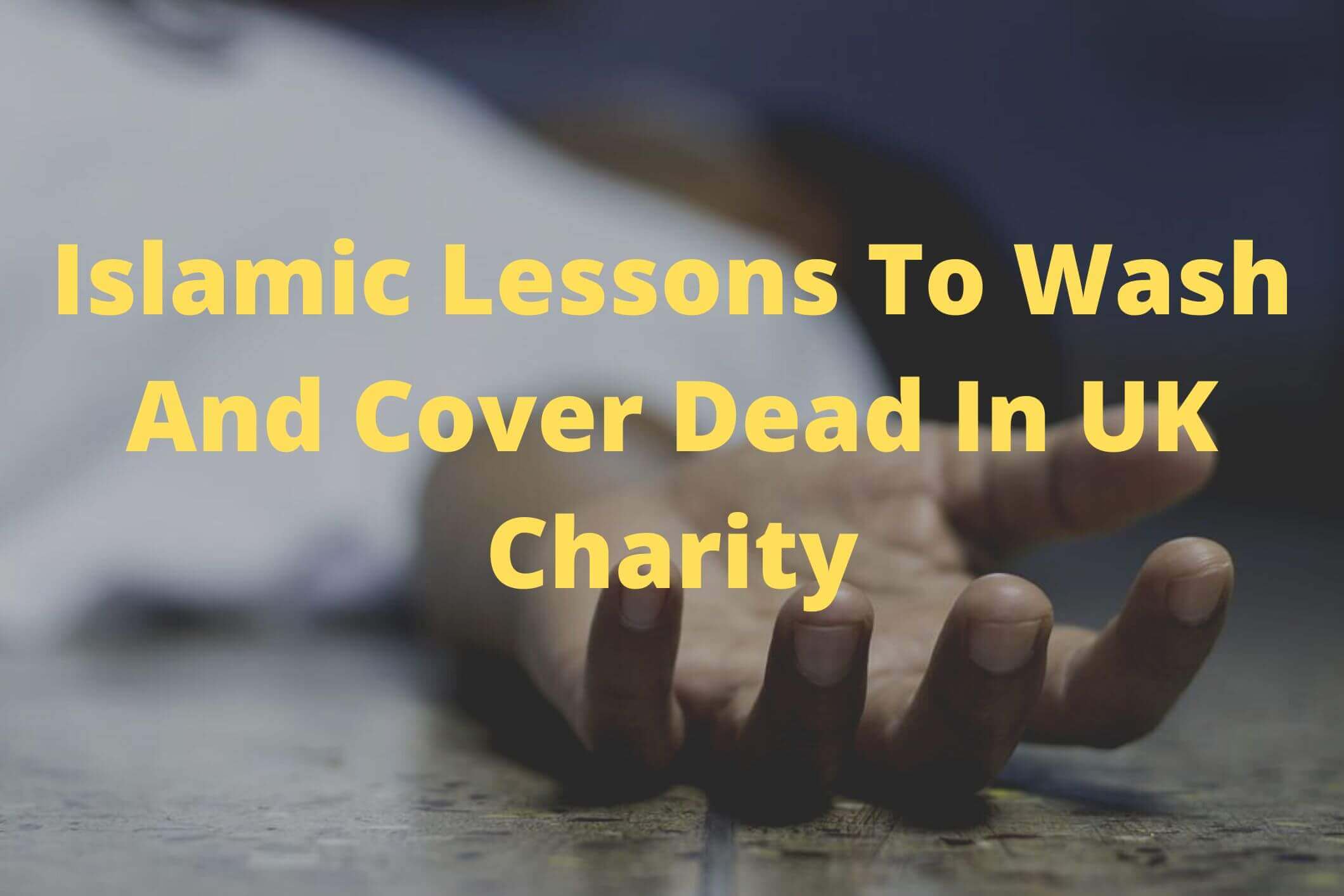 As a result of an uptick in interest following the COVID-19 outbreak,
a British mourning organization plans to resume a series of workshops next month
to instruct young people in the Islamic ritual of washing and shrouding a deceased person’s body.

Ghusl classes were first introduced in February by London-based nonprofit Supporting Humanity,
which also offers mental health care for underrepresented communities.
Muslim communities and institutions throughout Britain have taken an interest in it in recent months.

Over the past six months, ghusl workshops have been held by Supporting Humanity.
They involve the ritual washing and covering of a deceased person in accordance with Islamic tradition,
and we have been instructing local women, as well as women from farther afield in London,
on how to perform these rites for their loved ones and how to get involved as volunteers in this area.

In Islam, the deceased’s body should be cleaned and prepared for burial as quickly as feasible after death.
Hair is brushed and, if female, braided before the corpse is bathed and then placed in a clean, fragrant white shroud.
Most often, the deceased person’s family members participate in the process alongside a trained guide.

Although they had planned on holding only three,
“We are really going to continue with conducting these and seeking
to provide them more nationally because we are receiving calls
out for people to teach the technique across England,” Khoda said.

She mentioned that the nonprofit organization was hoping
to expand the program to include young men as well.

“Surprisingly, it’s gotten extremely popular. So most of the people coming to them is coming by word of mouth,
because people are going away feeling pretty enlightened with the knowledge and understanding,
(and) busting misconceptions that they felt were around it.

“We do engage with the coroners… and we do support anybody from any community
who wants support with the burial process.”
“But as far as the burial itself goes, we’re following Islamic funeral norms,” Khoda remarked.

She went on to say that there aren’t many differences between Sunni and Shiite burial practices,
but that the workshops adhere to the former.

Historically, this role has been filled by old Muslim women. Tahreem Noor,
the head of operations and communications at Supporting Humanity claimed
that it was difficult to locate younger women who were able to
take on the responsibility of protecting those over the age of 60,
those with chronic diseases, or those who were considered high risk during the pandemic.

People, especially the young, need to be taught how to do it,
and it needs to be promoted as something that is fulfilling and
elevating as well as being an integral part of our culture and faith.
She said, “As a Muslim, you feel a sense of freedom when
you enter the wash and shroud room to wash a body,
knowing that you have just completed the most sacred phase
of that person’s journey: preparing their body to meet Allah.”

She added that the next round of seminars, which take place once a month beginning on September 25,
were meant to destigmatize the beliefs associated with washing
and shrouding and increasing awareness on a wider national scale.

Salma Patel, the workshop’s head facilitator, shared that she was asked to assist with
washing and shrouding during the pandemic, and in the three years since
she has performed tens of thousands of ghusls.

She briefed the group on safety gear, proper attire, covering their hair,
and performing ablution prior to the start of the procedure.

We are only allowed to look at their faces, hands, and feet, and we must wash them well,
paying special attention to their private areas, just as we would while cleaning ourselves.
And then we figure out how to dry them,” Patel explained.

She also dispelled several myths about the embalming procedure when a body is to be shipped internationally.
In Islam, it is banned to fill a transport body with alcohol after having the blood removed.

Asked if people should get rid of their hair, eyelash, and nail extensions,
she addressed the issue of cosmetic augmentation in general.
Careful handling is required since the departed still experiences anguish “70 or 100 times more.
” She also dispelled a common misunderstanding about women doing the work during their periods.

Most of them have come up to me and told me how great it is because they learned so much that they had never known before and dispelled so many myths. Patel: “Everyone’s been happy since I dispelled the myths.”

Also Like: In Kabul Mosque Blast During Night Prayers, 20 Dead And 40 Injured