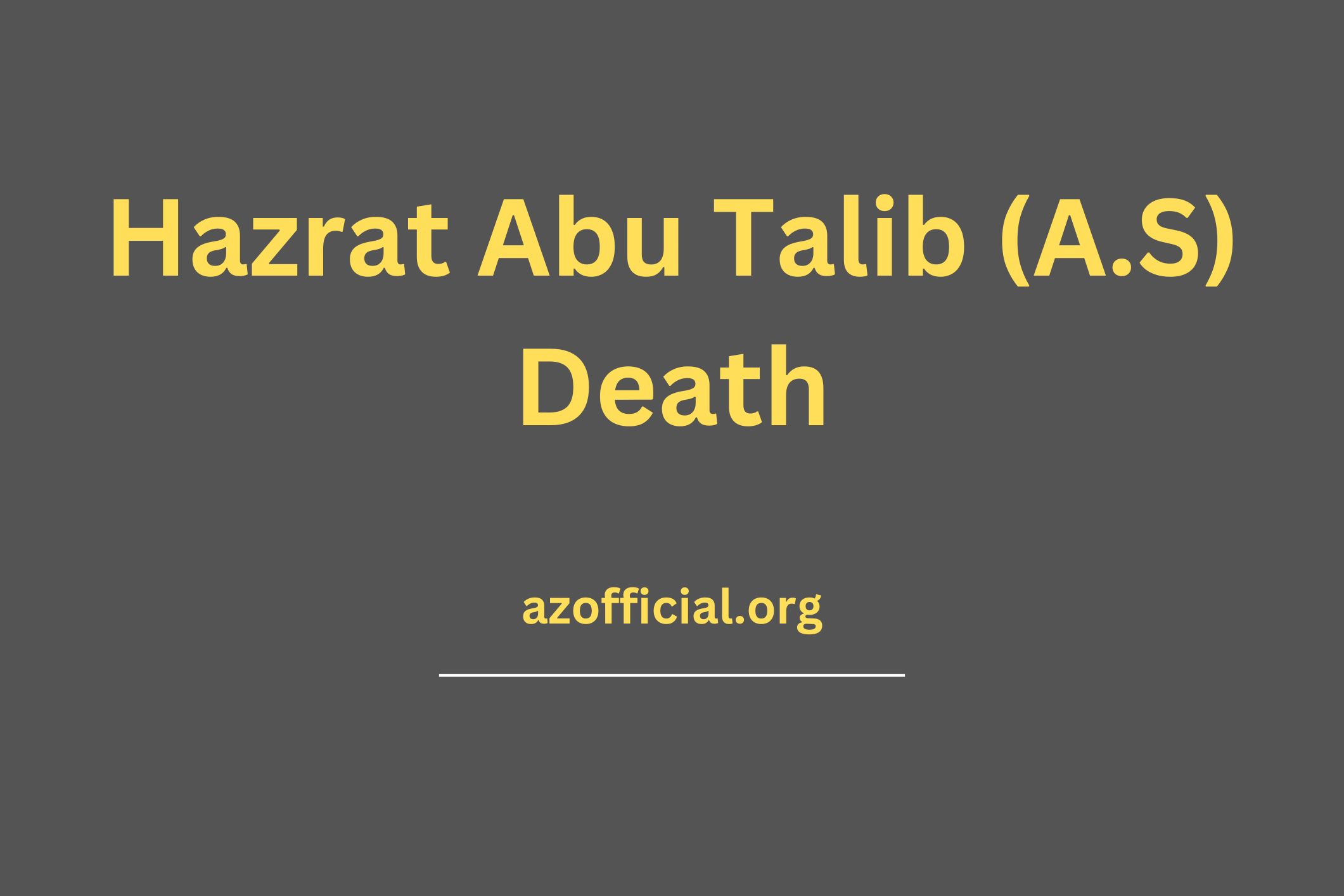 Hazrat Abu Talib (a.s) the name was Abdul Munaf.
Abraha’s Abyssinian forces besieged Makkah in 570 AD to destroy the Ka’aba.
Abdul Muttalib, our Master Muhammad’s (saw) grandfather,
prayed around the Ka’aba to prevent invaders from damaging the House Ibrahim,
Hazrat Al-Khalil (AS), and his son Hazrat Ismael (AS) constructed Ka’aba to worship Allah.

Allah heard Abdul Mutlib’s plea.
When the elephants and troops advanced to demolish
the Ka’aba, Ababil birds with stones in their beaks arrived.
They threw stones. So, the Ka’aba invaders lost.

Allah’s strength and Abdul Muttalib’s value rose.
That year was the Elephant Year.
The year Muhammad [s] was born.
Hazrat Abu-Talib (a.s) was 30.
Allah mentions this event in the Quran:

Have you forgotten how your Lord handled the elephant’s owners?
Did He not cause chaos to break out, ending their war?
and send down hordes of birds to attack them,
He transformed them into the straw that was swallowed.

Ten sons were born to Abdul Muttalib, who dug the Zam Zam well.
One of them was Abdullah, the Prophet’s father.
One of them was also Abu Talib, the uncle of the Prophet.
Our Prophet (s) was an orphan. Abdullah, his father, passed away just before he was born.
When his mother died, he was six years old.
So, Abdul Muttalib, his grandfather, looked after him, and he believed that Muhammad [s] would serve as a prophet.

Abdul Muttalib lived a good life.
He believed in the same religion as Hazrat Ibrahim (a.s) and Hazrat Ismael (a.s).
Abdul Muttalib told his sons on his deathbed, “One of my grandsons will be a Prophet.
Must have faith in him.
Then he turned to his son Hazrat Abu Talib and said, “Abu Talib,
Hazrat Muhammad (SAW) will be a very important prophet”.

When his grandfather Abdul Muttalib died, Our Master Muhammad (saw) was 8 years old.
So, Prophet Muhammad’s (SAW) uncle Abu Talib who was, took care of him.
Abu Talib’s name was Abdul Munaf.
Fatima bint Amru was the name of his mother.
She was from the tribe of Bani Makhdum.
Abu Talib was named Shaikh al-Bat-ha.
Our Prophet Muhammad (saw) lived with his uncle.
His uncle was kind to him.
The wife of his uncle, Fatima bint Asad, was also kind to him.
So, our Master Muhammad (saw) had a good family to grow up with.
Hazrat Abu Talib (a.s.) death of 26 Rabi ul Awal, three years before the Hijri.
The Prophet (saws) sad.

You May Also Like: Rabi Ul-Awwal Importance And Significance