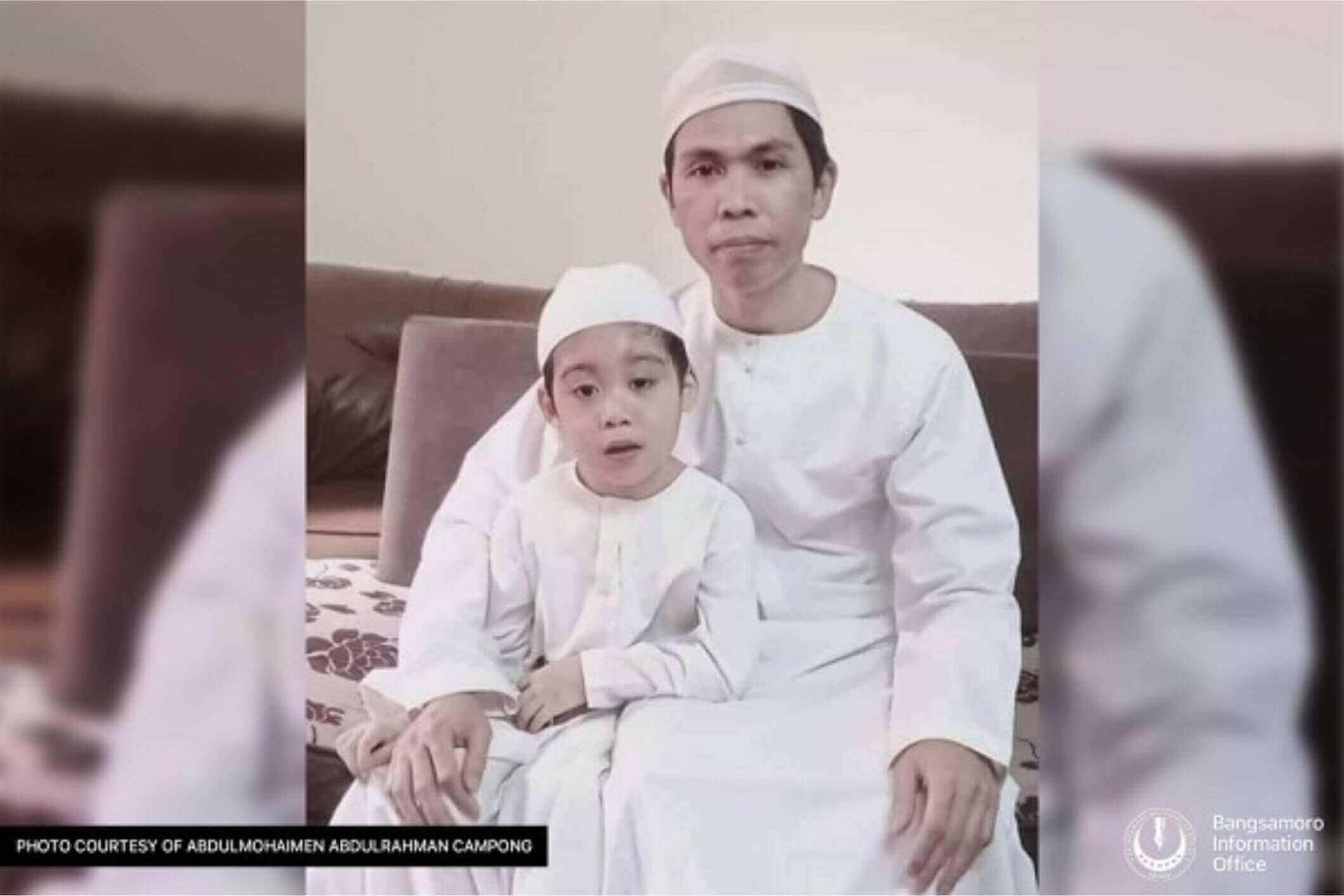 In a Facebook post last month,
his father talked about how amazing it was that he had memorized
the whole Quran at such a young age.

Sheikh Abdulmohaimen Abdulrahman Campong is from Maguindanao
and is getting his master’s degree in Arabic
at the Al-Azhar University in Cairo, Egypt.
Mohammad is his son. He is also the grandson of Abukhalil Yahya Abdulrahman
Campong Rahimahullah was one of the people who started
the Moro National Liberation Front (MNLF).
Sheikh Campong said that when his wife was pregnant,
he always read the Quran to her.

“When my wife was pregnant for six months with Muhammad,
it was my custom to read the Quran near her stomach before
she slept and when she awoke.
This was the norm until my wife gave birth to him “Campong remarked in Filipino.

“Before he reached adulthood,
he could not fall asleep without hearing someone read the Quran.
Surah Al-Baqarah (the longest chapter of the Quran) and
Suratul Al-Imran (the shortest chapter of the Quran) was already memorized
by him at the age of three, to my amazement.
I continually instructed him to love and memorize the Quran.”
Campong stated that he occasionally observes his son crying while reading the Bible.

“When I questioned him why he was crying,
he simply said that he did not know and was unable to articulate his emotions.
Whenever he reads the Quran, he feels nothing but joy and elation,
according to him “He elucidated.

Since the beginning of Islam, it has been customary to memorize the Quran.
It is a means of preserving the religion’s true essence and comprehensive message.

Even in the modern age, when it is simple to store enormous amounts of
material on memory chips, millions of Muslims around
the world continue to memorize the Quran and uphold the custom of becoming a Hafiz.
Hafiz is the title given to a Muslim who has memorized the entirety of the Quran,
which consists of 114 Surahs (chapters) and 6,236 verses containing around 80,000 words.