Dua Before And After Eating

We wrote this article so that anyone who reads it will have a
a clear understanding of the Prophet Muhammad’s sunnah
about eating (peace and blessings upon him).
More specifically, we’ll talk about real hadith stories about
what he said and did right before he ate and drank.

Insha-Allah, these hadiths will teach you and maybe make you change
how you act or start new habits that you can use in your life.
We’ll talk about some prayers that you can also learn by heart to grow your faith. 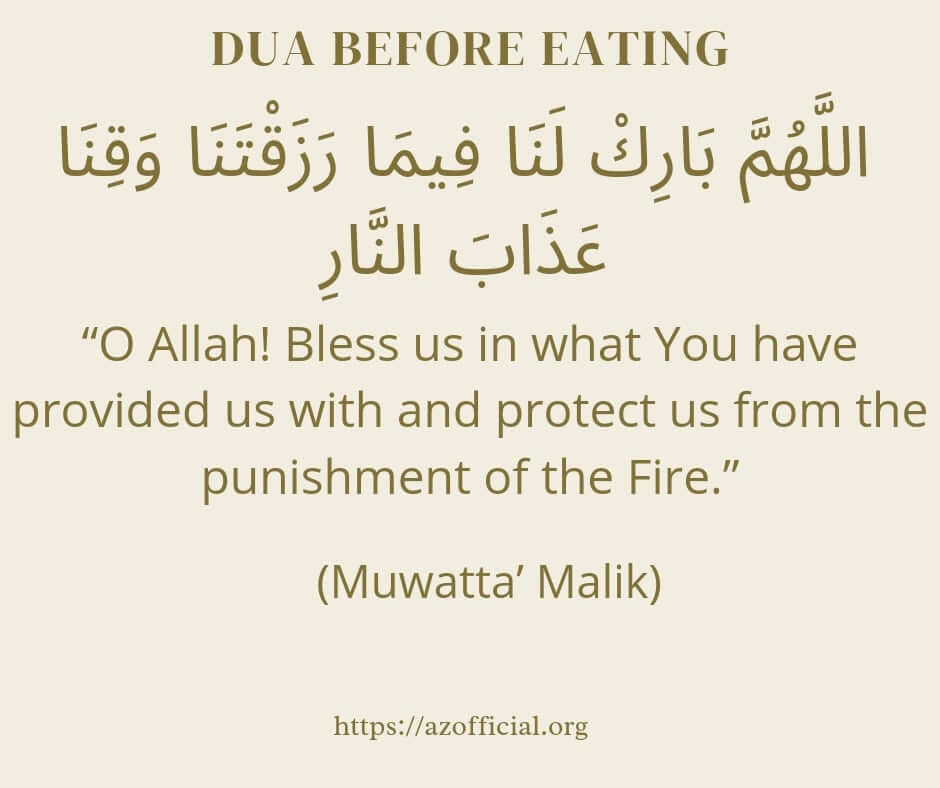 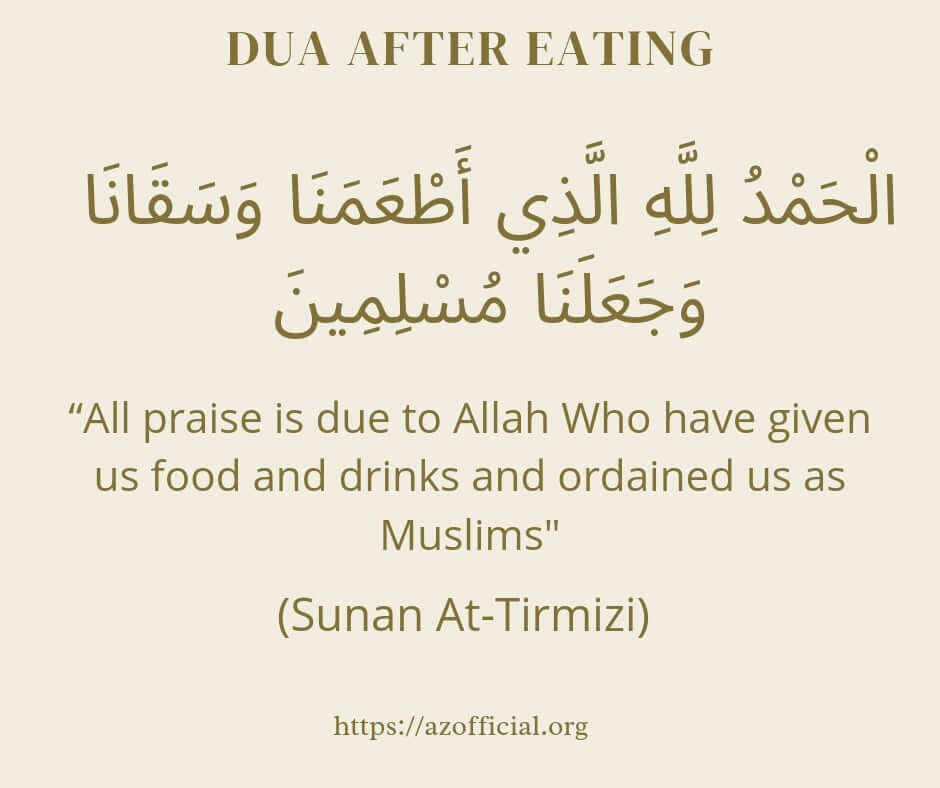 Hadith About Saying Prayers Before And After Eating

Prophet s.a.w. said, “When anyone of you wants to eat, he should say
“Bismillah,” which means “In the name of God.”
If he forgets to do it at the beginning, he should say,
“I start and end with the name of Allah.” (Sunan Abi Daud)

Imam Malik narrated that Urwah ibn Az-Zubayr said,
“Allahumma barik Lana fima razaqtana waqina azaban-nar”
(Muwatta’ Malik), which traces back to the Tabi’in
(those who met the companions of the Prophet s.a.w.).

3. Say a prayer before you eat