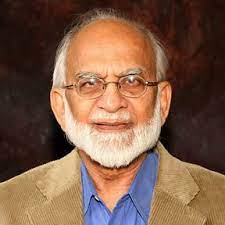 He was a well-known English and Urdu author.
In 177 publications across 5 languages,
he has 63 works, and WorldCat lists 1,301 library holdings.

Numerous of his works have been translated into numerous other languages,
including Arabic,
Persian,
Turkish,
Indonesian,
Malaysian,
and Thai.

Perhaps his most well-known book is Banking without Interest,
which was released in 27 editions and 3 languages between 1973 and 2000
and is housed in 220 libraries worldwide.

The person who died worked at universities all over the world.
He stayed at Aligarh Muslim University as a professor for a long time.

The King Faisal Award was given to him for his work in Islamic economics.

He used to be a member of Jamaat-e-Islami Hind’s Central Council.